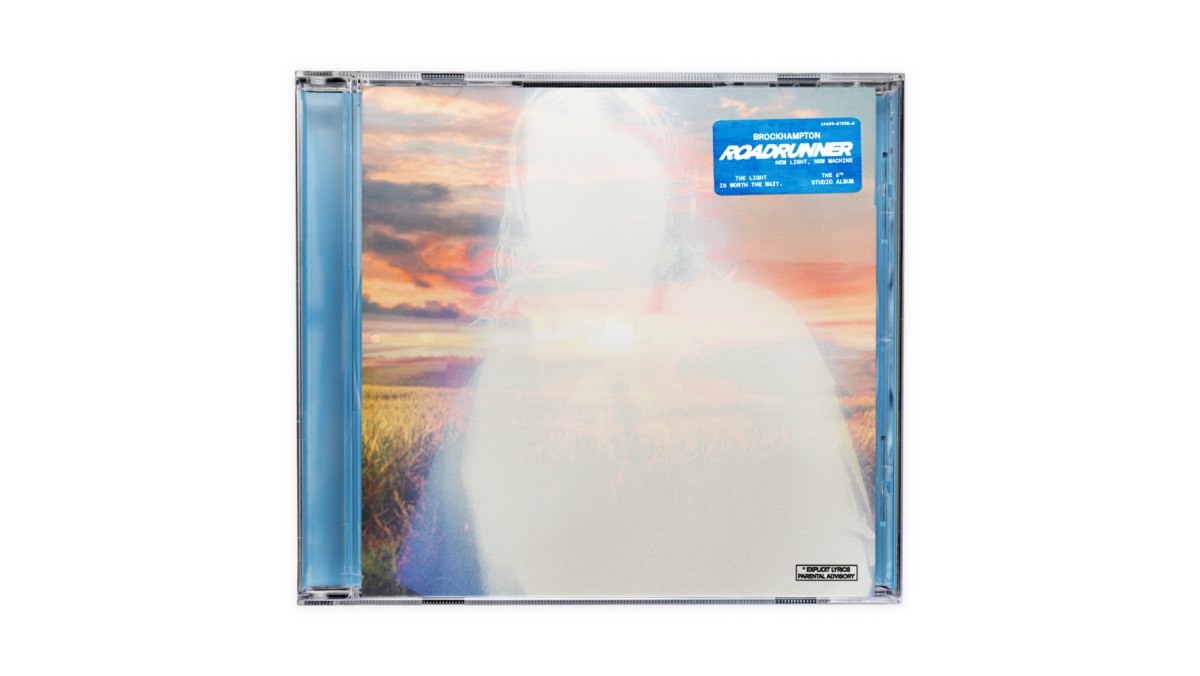 Courtesy of RCA Records
The album leaves listeners to sit and reflect, forcing them to look back on the dark, emotional situations that the members of Brockhampton have shared with them.
By Khami Auerbach — Contributing Writer
Published: April 21, 2021

Experimental hip-hop band Brockhampton has been on an everlasting high since it first debuted in 2014. The group claimed much fame and success following the release of its 2019 album “GINGER,” and even with the pandemic, carried that progress through unofficial song releases and its “Technical Difficulties” Twitch series last year.

There was a lot of speculation that the band was done releasing albums, a thought that was immediately shot down when the group released its sixth album “ROADRUNNER: NEW LIGHT, NEW MACHINE” on April 9, one of the two albums that Brockhampton plans to release this year.

The conceptual record about death and struggle opens with “BUZZCUT,” an in-your-face, upbeat, catchy track that serves as one of the best songs on the record. The fast-paced instrumentals wonderfully complement featuring artist Danny Brown’s frantic flow.

Though the album starts off strong, the song that follows —“CHAIN ON” — brings the energy to a halt. The beat is almost too laid back, dragging on for longer than necessary. The chorus, sung by band member Kevin Abstract, seems to lack the heart and soul that listeners usually hear from him. This audible lack of passion combined with the displaced sample from Wu-Tang Clan in the remaining few seconds of the song leaves listeners wanting more.

“COUNT ON ME” leaves listeners wanting less. This track is arguably one of the most underwhelming on the album, and the record was better off without it on the tracklist. Although featured artist A$AP Rocky’s voice complements the whistled melody, the chorus is rushed and repetitive.

Despite the puzzle pieces of the album that just don’t seem to fit right, Brockhampton shines as always, with its insightful lyrics and storytelling abilities. “THE LIGHT” exhibits these classic traits and serves as an undeniable turning point on the album. The track starts with a muffled voicemail-style sample of band member Joba discussing the personal aftermath of losing his father to suicide, followed by jaw-dropping, heavy electric guitar licks.

“WHEN I BALL” takes on a lighter, nostalgic sound with a hint of dark undertones, highlighting band member Dom McLennon’s aspirations to do what he puts his heart into without fear. He speaks about the history and dangers of incarceration in his family, while bandmate Matt Champion discusses the rocky relationship he has with his mother.

Though the band tackles heavy themes, it has always found a way to layer heartfelt anecdotes with dense and elaborate production, like on the track “WINDOWS.” Despite the dark nature of the song, the jazzy components and the “Go Merlyn” chant add charm, and the chorus is wildly addictive. “DON’T SHOOT UP THE PARTY” features a G-funk–inspired melody and focuses on gun violence, xenophobia and paranoia. Abstract discusses homophobic and anti-Black rhetoric while Joba speaks about his father’s suicide and gun violence.

The conceptual idea that runs through the album comes to a head on the closing track, “THE LIGHT PT. II,” the most emotional song on the album. It closes with Abstract and Joba, who seem to carry the greatest parts of the record. Abstract starts off reminiscing about his childhood. Joba follows with a sincere testimonial, which reflects on the impact his father’s suicide had on him.

The album leaves listeners to sit and reflect, forcing them to look back on the dark, emotional situations that the members of Brockhampton have shared with them, a message that has carried on stronger throughout the years. Though there were a few tracks that the album could have done without, it is safe to say that Brockhampton successfully made a beautiful and unique album, giving listeners a lot to look forward to in anticipation of the release of its next album.