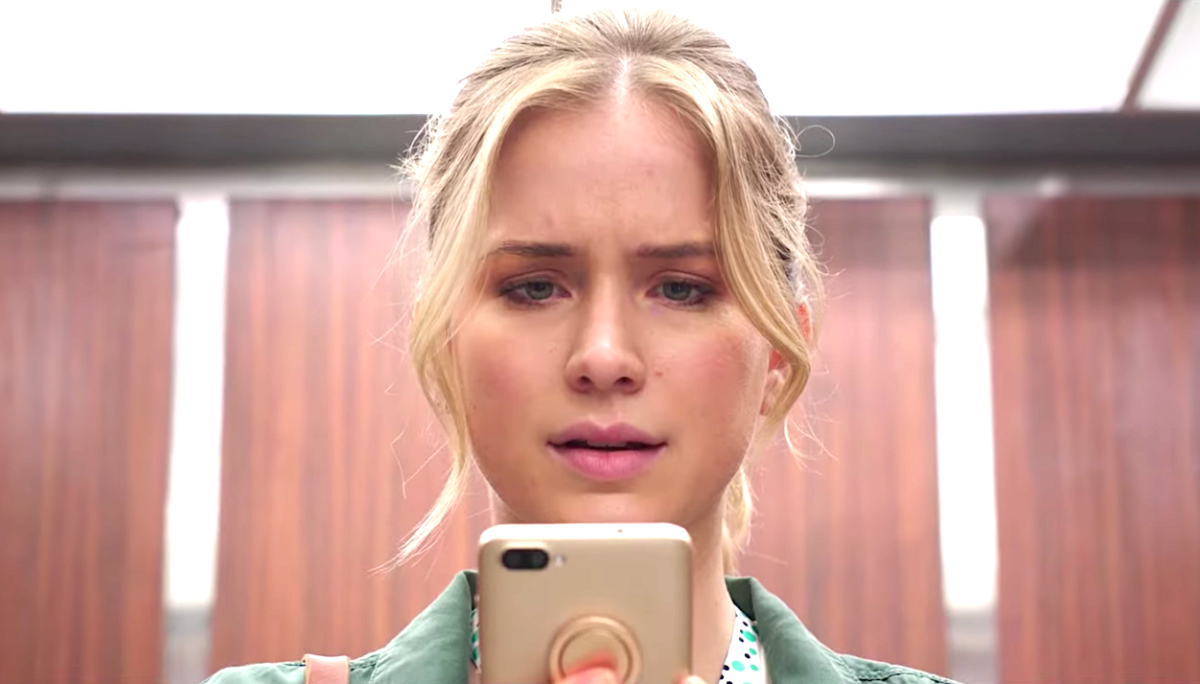 Courtesy of Two Grown Men
"Countdown" is an entertaining romp through a world where an app can tell users the time they're going to die. Although the characters are weak and the plot isn't completely sensical, the movie excels in its horror elements, specifically its jump scare.
By Cora Payne
Published: November 6, 2019

Does anyone actually read the terms and conditions before agreeing to them? Based on the plot of the horror movie “Countdown,” perhaps they should.

“Countdown,” written and directed by Justin Dec, features demons and an app that can tell a person when they are going to die, all within a 90-minute runtime. While the characters can be annoying and the plot laughable at times, “Countdown” is filled with jump scares that create a truly terrifying experience.

The film opens with a high school party that features a few mediocre actors. Tired stereotypes of high school behavior set up the film for disaster. However, many of the characters in the first scene are irrelevant to the rest of the film, and the introduction is rather quick.

Individuals at the party download an app called “Countdown” onto their phones, and, after accepting the “user agreement” — without reading them — the app tells the user how long they have until they’re going to die. The app is viewed as a joke, and characters laugh off their countdowns. The app tells Courtney (Anne Winters), a girl at the party, that she will die in just a few hours. While trying to evade her death, Courtney receives a notification that she had broken the app’s terms and conditions, and she dies soon after.

The app is purposefully portrayed as gimmicky, making loud noises that are startling but not scary. When a user breaks the app’s terms and conditions agreement, a dark creature comes to drive the user to madness until their time of death arrives. Though the creature is never really seen, it exists as a darkness that intensifies the film’s scariness.

Courtney’s boyfriend, Evan (Dillon Lane), introduces the app to hospital staff members after being admitted for injuries related to a car accident, and the audience finally gets to know the main character, Quinn Harris (Elizabeth Lail). Lail portrays Quinn as an average, likable and smart character, but nothing about her stands out.

When Quinn downloads the app and sees that she will die in just a few days, she decides to go to an electronics store for a new phone when the app will not delete. This is where she meets Matt Monroe (Jordan Calloway), who is also desperately trying to remove the app from his phone.

Calloway’s portrayal of Matt makes him a character one cannot help but adore. He’s kind, funny and complementary to the high-strung Quinn. Talitha Bateman plays Jordan Harris, Quinn’s younger sister, and also balances Quinn’s personality with her sassy nature. These three main characters are the focus of the film. They fit well together and prove to be an entertaining trio.

The characters are not overly complex, which is ideal for the nature of the film. The storyline feels secondary to the film’s purpose — to make the audience jump. “Countdown” is not a conceptually scary film. The poorly developed demon storyline, which is revealed by an especially ungodly, goofy priest, is crude at best. It feels like a thin rope that barely strings together scary scenes.

However, “Countdown” excels in its jump scares. As Quinn, Matt and Jordan desperately try and survive past their deemed death hours and beat the app, the demon lurks every time the lights are low, punishing them for failing to adhere to the terms and conditions. The film does not drag a viewer along a creepy, complex storyline but instead spontaneously elevates audience members’ heart rates when the main characters turn a corner. The jump scares are well placed and at times unexpected, creating a successful scary viewing experience.

“Countdown” is mildly thought-provoking. It encourages self-awareness in this age of technology, featuring “Death? There’s an app for that” on its posters. Among a predatorial doctor, an intentional overdose and a deceased mother, “Countdown” has a mismatched plot in which, while lacking real scares, is involved enough to keep viewers engaged in the film.