Review: “Insatiable” is a bizarre romp through society’s toxicity 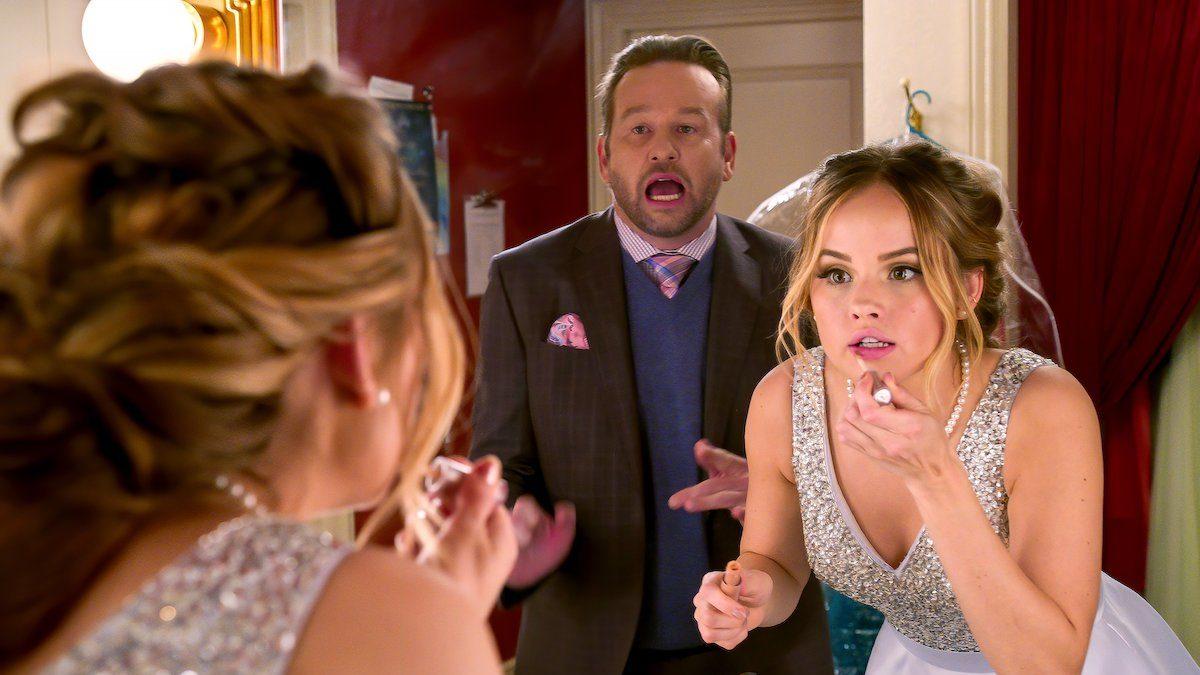 “Insatiable” is a wild and satirical Netflix series. In season 1, Patty Bladell (Debby Ryan), who has been bullied all her life for being overweight, was punched in the face by a homeless man after she punched him for trying to steal her candy bar. This encounter resulted in her jaw being wired shut, which caused her to lose 70 pounds. Now that she is skinny, Patty is hungry for revenge.

After Patty was kidnapped twice in season 1 by Stella Rose (Beverly D’Angelo) and Roxy (Chloe Bridges) while being stalked by her ex-boyfriend Christian (James Lastovic), Patty takes control. In an empowering moment, Patty decides she will no longer allow other people to dictate how she feels about herself and escapes from her kidnapping, but she still has an evil streak. In the season 1 finale, Christian lured Patty to a parking lot where he wanted her to kill Magnolia Barnard (Erinn Westbrook) with a crowbar. Christian claimed he wanted Magnolia dead because then she wouldn’t be competition for Patty in the beauty pageants. Instead, Patty murdered Christian.

Season 2 picks up where the previous season left off. Christian is dead, and Patty must decide what to do with his body. Patty swaps one vice for another. Although overeating is a continuous struggle for Patty, now she has bigger problems — disposing of bodies. The viewer can sympathize with Patty’s need to protect herself and Magnolia against Christian. However, she did hit him with the crowbar far too many times. The show portrays the first cover-up in a disturbing yet almost humorous manner when Christian’s body is eaten by wild pigs.

In the midst of seeking revenge against all who have wronged her, Patty is also competing in beauty pageants with Bob Armstrong (Dallas Roberts) as her coach. Patty irrationally believes that by winning beauty pageants, her problem with overeating will be solved. To add another layer of drama to the show, there is also a beauty pageant killer on the loose. This storyline adds more drama to the show because now the beauty pageants are actually life threatening. This dynamic causes the viewer to become more invested in the series because Patty would be the obvious suspect if the show didn’t detail all of her crimes.

There are political references in the show that coincide with current politics. For example, when Bob and his wife, Coralee Huggens-Armstrong (Alyssa Milano), are arguing, they divide the house in half with duct tape. When that solution fails, Bob declares that he is going to build a wall with a bookshelf to divide the room in half. The political commentary adds humor to the situations while highlighting why the ideas are troublesome.

Although it’s not realistic to eat away your problems or kill your enemies, “Insatiable” is a crazy show that will make any problems of viewers seem small in comparison. The concept of violence sparking weight loss is a dangerous message to be conveyed to the audience. While the show focuses an unhealthy amount of time on the concept that being skinny is a superpower, the finale leaves the viewer wondering what Patty will do next. It is clear that Patty is insatiable: She will never be satisfied regardless of how much she eats, how many pounds she loses, how many beauty pageants she wins or how many times she seeks revenge.