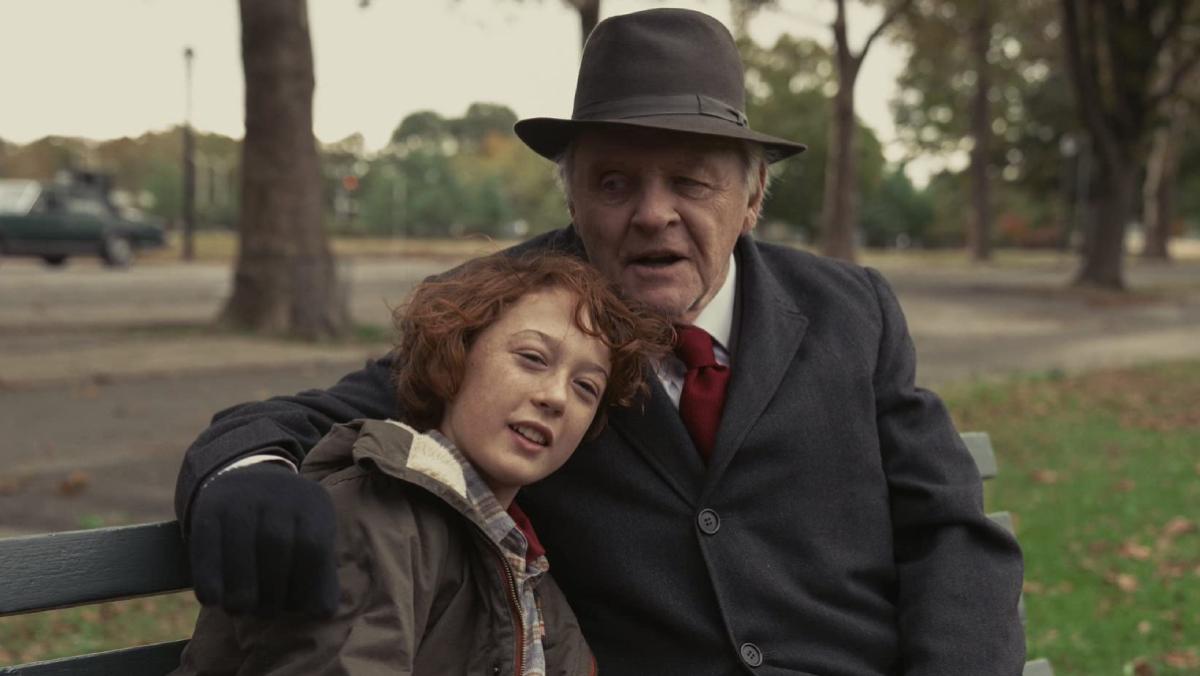 The U.S. entered a new era in 1980. The rise of President Reagan, the war on drugs and the beginning stages of the digital era were all massive shifts in the cultural zeitgeist. Writer and director James Gray is finally ready to take a look at the ever-shifting world in which he grew up. Based loosely on his own childhood, “Armageddon Time” follows a very short period of the life of Paul Graff (Banks Repeta) that seems to dramatically change Paul’s surroundings. Of course, there are the large, nationwide changes he experiences, like Reagan’s election. There are also the personal changes, whether it be transferring schools or seeing deeper into the complicated relationships between his family members. These parallels serve as a vehicle to look deeper into both Gray’s feelings about his personal life at the time and the political landscape of the nation that he calls home.

The entire ensemble does a phenomenal job conveying both the weight of the emotions behind the story as well as the simplicity in the domestic sphere depicted in the film. Gray’s desire to dedicate so much of the 114-minute runtime to the smaller moments of the family pays off, allowing the audience into each of the main characters’ minds, a difficult feat for a picture so focused on a single character. Each performance, no matter how small, offers up a piece of Gray’s personal history. The screenplay, so specific to the author’s life, becomes nearly universal because of how recognizable various aspects of the Graff family and their life together are. Gray’s depiction of smaller moments, like the fear in Paul’s eyes when he hears his father, Irving (Jeremy Strong), coming home knowing he’s in trouble and will be subjected to Irving’s abuse, Paul begging his mother (Anne Hathaway) to use her power in the PTA to get him out of trouble, or the repeated teasing by his older brother (Ryan Sell), create a world that feels lived in and whole. Of all the wonderful performances, Paul’s grandfather, Aaron (Anthony Hopkins), seems to be the only person that understands the protagonist. Hopkins’ character also keeps Paul connected to his religion and heritage, often reminding Paul of their family’s Jewish ancestry and Jewish values that he should stick to. Repeta and Hopkins’ rapport is truly remarkable; the performers clearly share a connection deeper than simply scene partners. For such a young actor, Repeta is able to hold his own against the legendary actor, giving one of his finest performances to date.

The film also focuses largely on Paul’s relationship with a Black boy in his class, Johnny (Jaylin Webb), who was held back a year for his troublemaking tendencies. Gray’s attempts at weaving in racial and class commentary into the film through their friendship works quite well. There is some critique to be had about the lack of time spent with Johnny beyond his relationship with Paul, making it seem as if he’s only there to service Paul’s growth, but the film goes very much out of its way to do this with nearly all of its supporting characters. The film chooses to show Paul’s perspective to the audience over the objective truth; we’re seeing the point of view of an 11–year–old who doesn’t always know what’s happening. In fact, the audience rarely sees the ensemble in scenes that Paul is not witnessing himself, pushing the audience to see through his eyes even more.

“Armageddon Time” is a striking film through and through, as a look back on an era of American history not dissimilar to now, serving as a vehicle for Gray to grapple with the consequences of the country’s actions as well as his own. The film’s unrepentant look at the racism, classism and bigotry perpetrated by friends, family and community offers the audience a much more nuanced look into Gray’s childhood, turning what easily could become a white savior story into a delicate look at the realities of the 1980s for both the Jewish and Black communities.