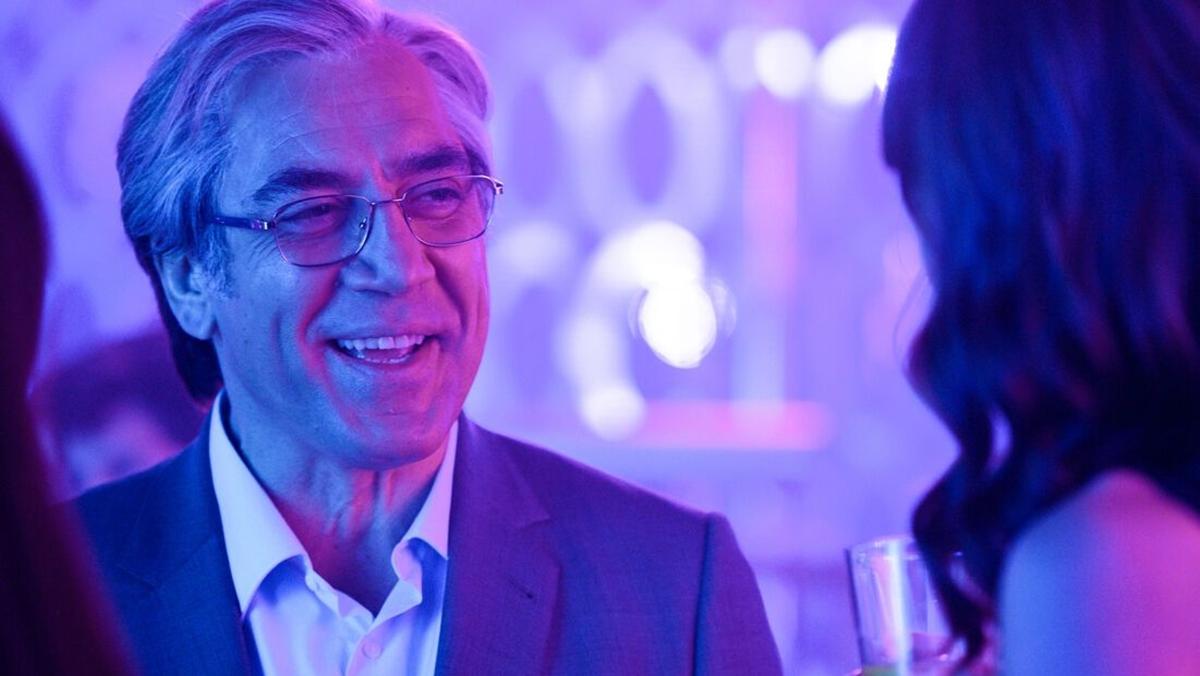 Courtesy of Tripictures
Javier Bardem stars as Julio Blanco, the head of an industrial scale factory who makes heinous decisions to try and clear his image.
By Giancarlo Messina — Contributing Writer
Published: September 10, 2022

Spanish director Fernando León de Aranoa’s witty and satirical workplace comedy, “The Good Boss,” recently got its official release in the United States. This comes after a year of national praise in Spain, where the film was submitted for best international feature film at the 94th Academy Awards. It was also nominated for a whopping 20 categories at the 36th Goya Awards, taking home six victories. Despite its high applause, many have felt that its success has overshadowed other great works from Spain this past year (most specifically, Pedro Almodóvar’s gripping melodrama “Parallel Mothers”).

The film follows the head of an industrial scale factory, Julio Blanco (Javier Bardem), one week before a major inspection. The inspection comes from a committee that will be giving him an award of excellence, so Blanco must make sure all his workers’ personal plights are taken care of to run his factory smoothly. At the head of all his frustrations is a forlorn worker named Jose (Óscar de la Fuente) who was recently fired from the factory and camps outside the facility to protest the series of lay-offs that occurred due to Blanco. The man’s constant ridicule of Blanco and his increased notoriety in the press upsets Blanco to the point where he makes heinous decisions to try and clear his image.

This clever takedown of capitalist greed and corporate deceit is only effective with a competent performance at the helm, and Bardem is the perfect man for the job. His charisma never outshines his true manipulative intent and vice versa. This creates a dichotomy where it can be immersively entertaining to watch him take full power in a scene and even more so when he begins to crumble apart. Bardem’s understanding of Blanco as a character is essential in creating a satire that feels fully realized, as he is the main driving force in the film. He cannot be too likable to the point that the audience begins to root for him, nor can he be so reprehensible that the audience loses all investment in the character.

This is Bardem’s third collaboration with director Aranoa. “The Good Boss” keeps in line with the many other works in the director’s filmography, like “Mondays in the Sun” and “A Perfect Day,” that explore the harsh realities of worker’s rights and economic inequality. “The Good Boss” takes these ideas into a new perspective. Instead of viewing the negative social impact bureaucratic systems can have on the everyday worker through the eyes of those affected, we are meant to follow a caricature of the people in power that perpetuate these ideas. This relation to the director’s past work can, at times, make it feel as though this film provides little in the way of anything conceptually new. There isn’t much to interpret behind the film’s blatant satire, and there is not much that is said here that hasn’t been said before.

Also similar to many of the director’s past works, “The Good Boss” is competently shot and directed but lacks a clear and distinctive visual style. The film is elevated more by the top-notch performances and clever script than it is by the cinematography, done by cinematographer Pau Esteve Birba. Despite this, there are some filmmaking decisions that go over pretty well. When all the conflicts within the workplace begin to weigh down on Blanco, Birba’s strong use of handheld cameras makes for a perfectly tense and dramatic scene.

While its take on the hierarchical aspects of workplace culture is not exactly groundbreaking, “The Good Boss” is still an expertly crafted satire. There is a perfect amount of wit and clever dialogue to keep the viewer engaged throughout its two-hour runtime. Bardem’s brilliantly dark portrayal of Julio Blanco should be enough to convince more audience members to check this one out.