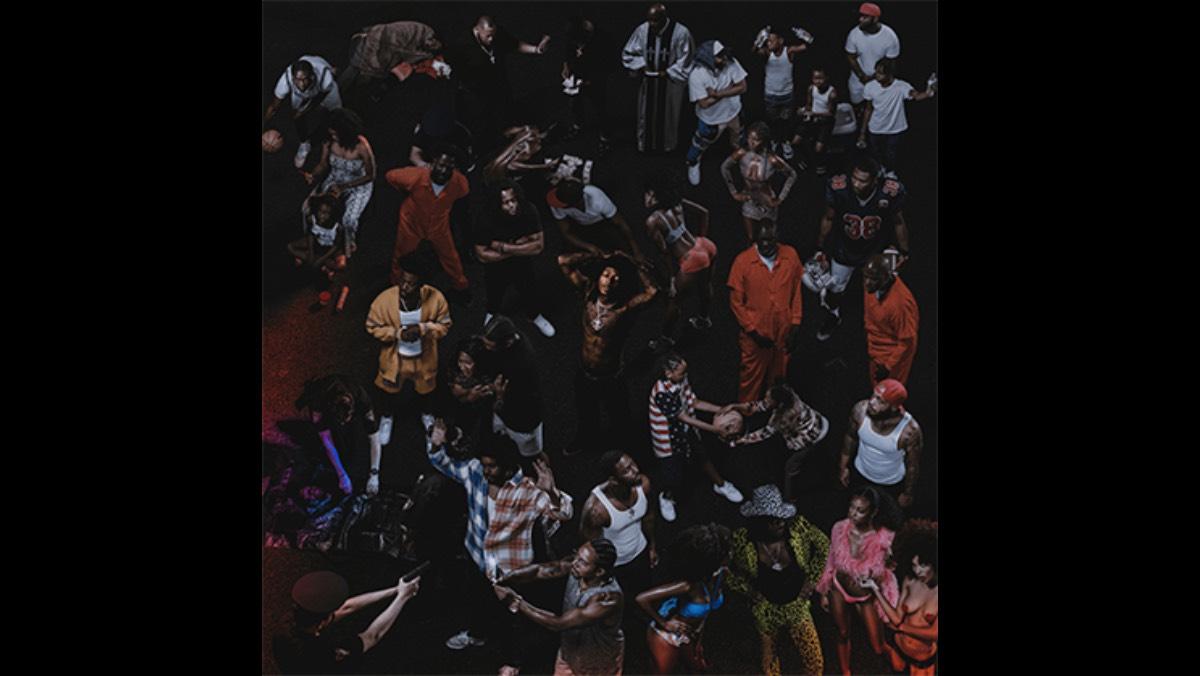 When JID signed to J. Cole’s Dreamville record label in 2017, he was already coming off two well–received projects bubbling in the underground hip-hop scene. “The Never Story” arrived shortly after in March of the same year, a confident first impression to confirm him as one of the most promising young lyricists on the rise. After the equally good “DiCaprio 2” in 2018, JID stayed relatively silent until 2021, where he would start one of the most impressive album rollouts in recent memory.

Leading up to the release of his newest album “The Forever Story,” JID scored features on songs by Doja Cat, James Blake, John Legend, Denzel Curry and a hit song with Imagine Dragons, an unlikely stylistic crossover. Not to mention the two teasers he released, “Surround Sound” and “Dance Now,” which both show off the skills JID has been honing for the past three years. His verses are more focused than ever and his flows have evolved to a point of absurdity, especially on his dynamic verse after the beat switch on “Surround Sound.” With more eyes on him than ever, a new album was highly anticipated.

If “The Never Story” was JID introducing himself to the hip-hop scene, “The Forever Story” is JID asserting that he’s here to stay. The opening interlude “Galaxy,” a track made from the same melodies as the opener of “The Never Story,” presents a cleaner, more precise sound in comparison to his previous records. The layered vocals and spacey synths set up this album as JID’s most focused, elaborate affair yet. JID doesn’t pull punches on this project; everything that JID has excelled at in the past — powerful storytelling, fluency and wordplay — has all been amplified. JID also debuts improved singing abilities, his voice sounding especially textured and uplifting on the chorus of “Kody Blu 31.”

“The Forever Story” offers a diverse set of beats. From the jazzy Kaytranada-produced “Can’t Punk Me” to the straight-ahead trap banger “Just In Time,” JID flexes his intense, personality-filled delivery across the entire spectrum of modern mainstream hip-hop. He proves his dominance over any type of beat put in front of him, which is the saving grace of more lackluster instrumentals, like the track “Better Days” or the stagnant beat on “Crack Sandwich.” The most impressive moment on this album is the introspective “Sistanem,” a six-minute exploration on how fame and the music industry has deeply affected JID’s relationship with his family, specifically his sister. JID has never sounded this passionate, speaking with a muted intensity that allows the imperfections of his voice to shine through. The end result transforms this apologetic track into a tribute to his sister, a person who JID has said is “one of the most influential people in [his] life.” JID covers all his bases in a masterful way, showing his mastery of tone, versatility and consistency across this multifaceted album.

JID is not one to bury his influences. “I used to wanna be Jay, I used to wanna be Wayne / I used to wanna be Kanye and Andre 3K” he raps on “Stars,” a track outlining his rise as an artist. Traces of his idols can be heard all over his music; his Kendrick-esque flows and delivery are immediate proof of this. But JID isn’t just an imitator; his influences blend into his irresistible personality and ethos, becoming more than the sum of their parts.

On the closer “2007” (which didn’t make it on the official release due to sample clearance issues), JID wraps up “The Forever Story” with a beautiful recount of his story: from a college football player who got kicked off the team for skipping practice, to a young up-and-comer signing under one of the biggest names in hip-hop. His hard work and love for his craft have brought him to where he is today, and JID’s upward trajectory shows no signs of slowing down. As J. Cole comments on his spoken word outro to the track, his story will “ring out forever.”