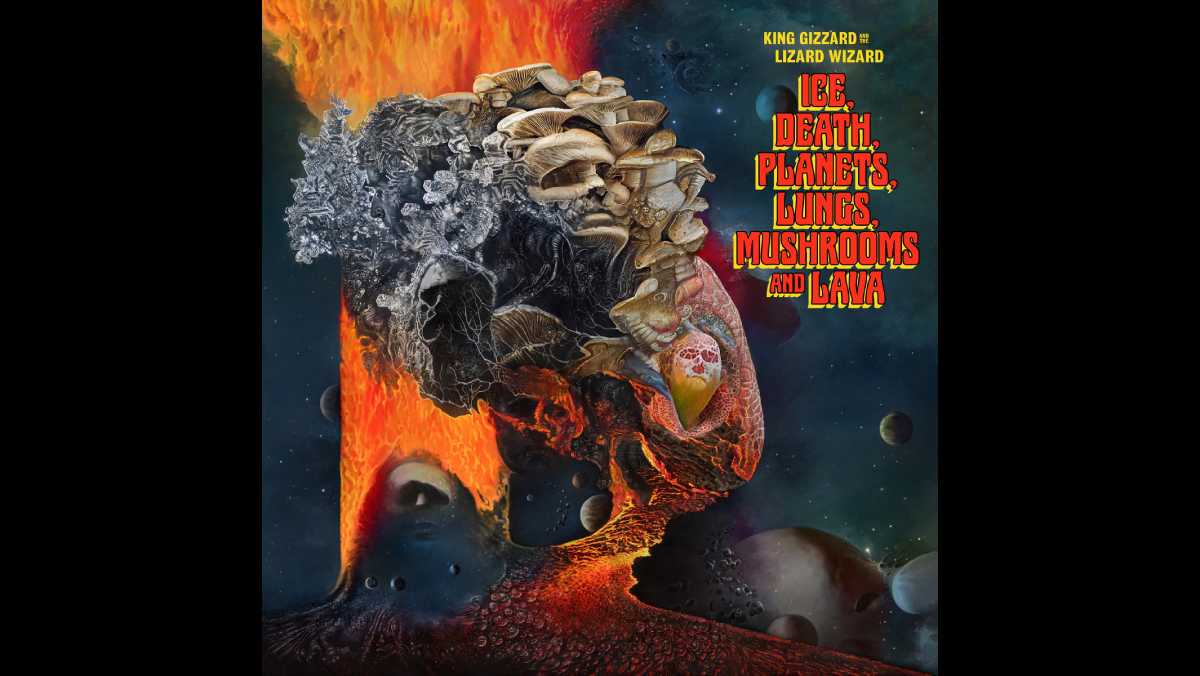 King Gizzard & the Lizard Wizard, despite its absurd name, is not to be scoffed at. Known for its prolific output, genre-bending experimentation and high-energy concerts, the six-piece band, commonly referred to as “King Gizzard” or just “King Gizz,” has been leading the Australian psychedelic rock scene for almost half a decade now. Ever since their psychedelic and sinister breakout album “I’m In Your Mind Fuzz,” (2014) and their impressive 2017 stunt where they released five LPs over the course of one year, the buzz surrounding King Gizz has been hard to ignore. The band, on average, releases two albums every year, and rarely does it fail to live up to the high expectations placed upon it by its fans. Quality over quantity is a myth when frontman Stu Mackenzie is at the helm — the band rarely misses.

“Ice, Death, Planets, Lungs, Mushrooms and Lava” is their 21st full-length album, the third of five confirmed projects in 2022, and it contains their longest, most jammy cuts yet. Foreshadowed by the 18-minute behemoth that is the song “The Dripping Tap,” which landed on their previous album, “Ice, Death, Planets, Lungs, Mushrooms and Lava” contains seven tracks that span a runtime of over an hour. Most tracks reach into the 9–10 minute mark, each containing expansive soloing with heavy emphasis on developing melodic motifs and improvisational leanings — no doubt fueling the elements of jazz-rock they employ throughout. The long runtime doesn’t always go well, however. While some tracks, like the infectiously groovy “Ice V” and the enrapturing “Iron Lung,” are all killer, no filler, the rest of the tracks periodically dip into dull moments where the jams feel less inspired.

“Ice, Death, Planets, Lungs, Mushrooms and Lava” is dense, but King Gizz makes it easy to fall for these songs with Mackenzie’s signature sweet falsetto, hooky choruses and lyrical themes that seem to revolve around themes of nature, spirituality and apocalypse. King Gizz have already deeply explored these topics in the past, but there is something really charming about the constant references to the series of nouns in the album title.

“Freeze the water, kill the living / Bake the planet, suffocate the lungs / Grow the mushroom, feed the volcano / Watch the new star dance upon the night sky,” Mackenzie sings on the outro to “Gliese 710,” referencing each item as the album closes out before looping back into the first track (another Gizzard-ism that fans know all too well). “Hell’s Itch” is another lyrical gem, depicting the itch of a sunburn as a representation of the relationship between pain and relief. Each track corresponds to either ice, death, planets, lungs, mushrooms or lava, but they cross reference each other, creating a loose concept that leaves much up for interpretation.

In a further development of concept, the songs were written in each of the seven musical Greek modes, which are different musical scales that have distinct properties and characteristics. The major Dorian mode in the song “Mycelium” brings a very happy and bright sound, while the minor Aeolian mode in “Iron Lung” gives the song a sorrowful feeling. Even the most obscure and untameable mode is here, Locrian mode, which is rarely heard or utilized due to its unsettling, evil and aversive qualities. As a result, the closer, “Gliese 710,” sounds extremely dark and uncompromising.

King Gizz’s attempt at Locrian is successful, which is a testament to their songwriting abilities and musical fearlessness. This isn’t the first time King Gizz has toyed with musical taboos; the band’s trilogy of explorations into microtonal tuning played with the pitches in between two notes, breaking the rules of western tuning.

King Gizz explores these modes to their fullest, sometimes to a fault. The soothing “Lava,” which utilizes the dreamy Lydian mode, tediously pushes a continuous build that overstays its welcome, although it is the shortest track on the record.

For their first installment of a three album run this month, King Gizz continues to innovate and evolve their sound, placing them again as one of the most exciting acts in rock. If this much quality can be expected from the other two King Gizz albums coming out in October, 2022 might be their best year yet.