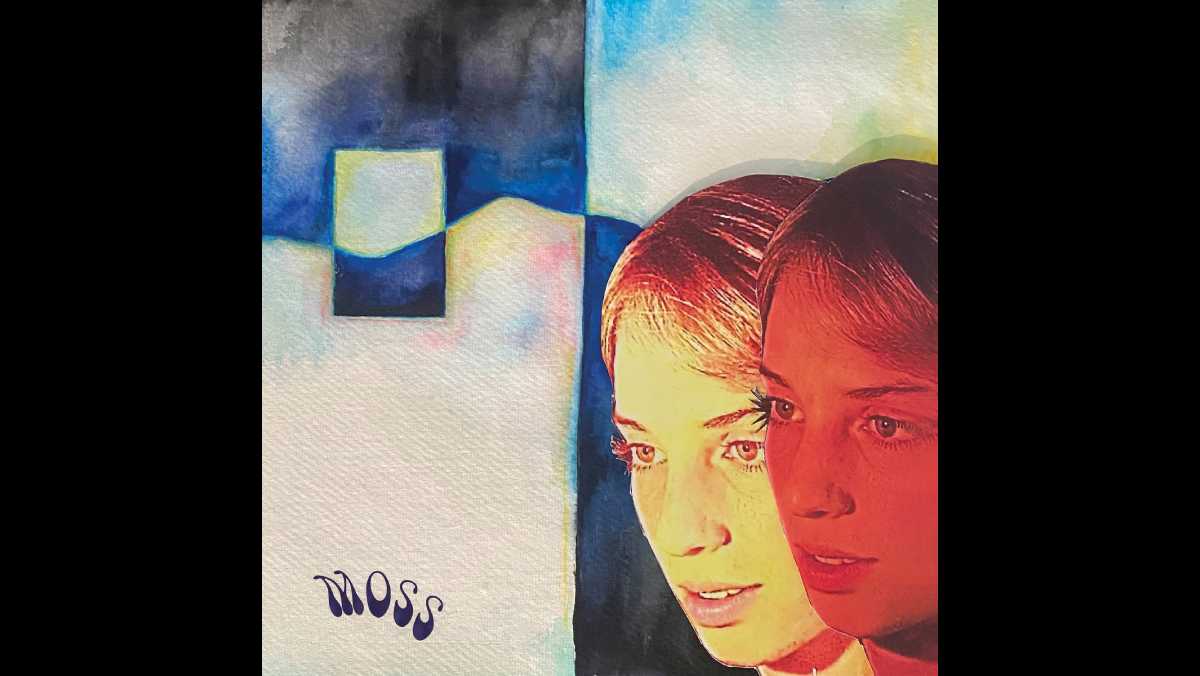 Following the release of her first album “Blush” in 2020, actress and musician Maya Hawke returns to the music scene with “MOSS.” While “Blush” had a slow, rock feel, “MOSS” leans more into an indie folk sound, something similar but ultimately a bit more sparse. With new collaborators Christian Lee Hutson, Benjamin Lazar Davis and Will Graefe, Hawke dips her toes into a new sound, albeit somewhat cautiously.

Hawke starts off strong with “Backup Plan,” an unrequited love song in which she details everything she is willing to be so the person she loves will pay attention to her. Although melodically upbeat, the lyrics act as an introduction to the melancholy feel of the album as a whole. The song has a bright acoustic guitar accompanying Hawke’s thin, airy vocals, which basically sums up the production of most of the album. Herein lies the issue. After a few songs, they begin blending together, with very few strong factors differentiating them from one another, for the most part.

Although “Sweet Tooth,” one of the two singles that Hawke released prior to the complete album, does certainly stand out in this respect. With a slightly faster pace and more rhythmically complex guitar picking and a kick drum guiding the beat, it’s a bit of a departure from the consistent folk sound that Hawke emulates on the rest of the album. Yet “Sweet Tooth” still keeps the bright guitar of “Backup Plan” and “Hiatus,” among some of the other tracks on “MOSS.” The lead guitar line evokes a feeling of childhood nostalgia, and while the lyrics do not romanticize the past, they certainly imply this nostalgia as well.

“South Elroy” also has a moment toward the end, which, production-wise, possibly could have benefitted the rest of the song and the album itself. While the song itself is still solid, the last 30 seconds are magic. Hawke repeats, “Oh my God, I gotta slow down now / Oh my God, I gotta slow down somehow” with soft synths behind her and pitched down, distorted vocal echoes of the same lines accompanying that. It pulls the listener into Hawke’s headspace — had the track order been different, it could have been a fantastic closing song for the album.

Hawke’s music has potential, as was evident from her first album and is still clear now with “MOSS.” At times, she and her collaborators bring great depth, her lyricism peaking on songs like “Luna Moth.” Here, she describes stepping on a moth and breaking a lover’s heart as an example of being afraid to let someone in for fear of accidentally hurting them. It is a feeling many know well, and she captures it rather elegantly. It is one of the few instances on the album where the sparse guitar and wispy vocals make sense, lifting up the lyrics. The song is intimate and heartfelt, and the song knows it.

Hawke attempts to create this intimacy elsewhere on the album with songs like “Driver,” but it falls flat. She unfortunately fails to expand upon the potential she has and make something that truly will stand the test of time. Hawke plays it safe, which results in a perfectly solid, well-put-together album with some wonderful parts to it. Yet, the complete album, while consistent, lacks weight and a strong sense of self.

Review: ‘The Velvet Underground’ does justice to band’s legacy