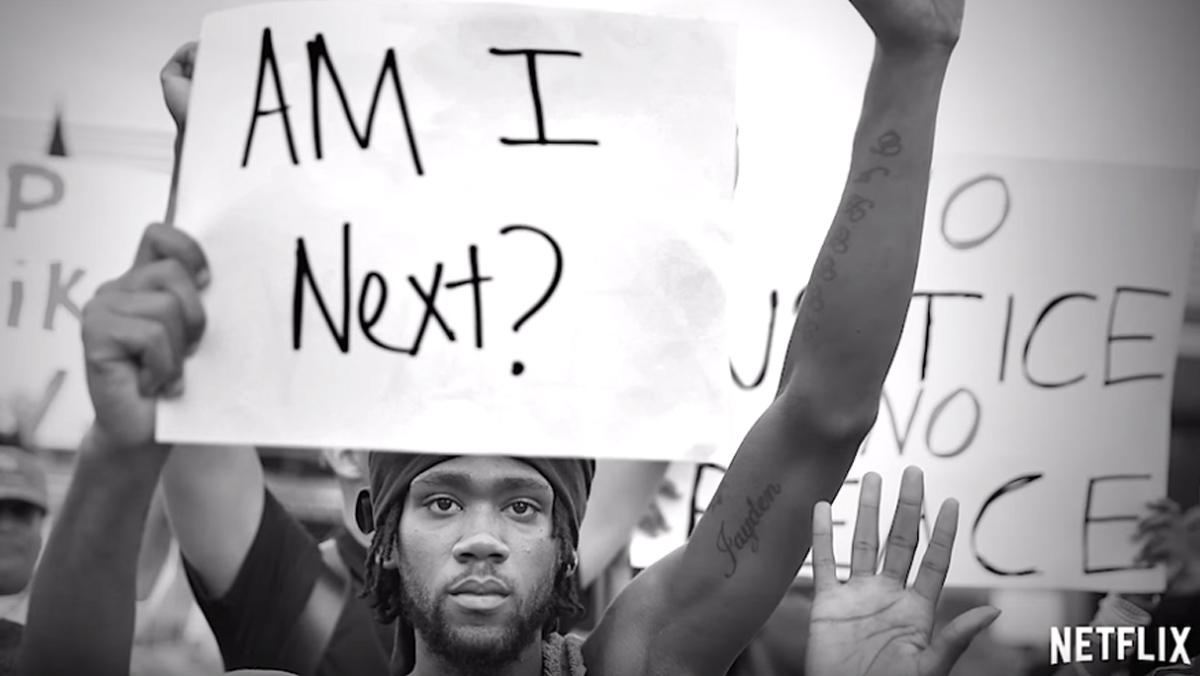 History documentary "13TH," directed by Ava DuVernay, explains how the United States has become the country with the highest population of incarcerated people in the world.
By Celisa Calacal — Opinion Editor
Published: November 4, 2016

The passing of the 13th Amendment to the U.S. Constitution is often heralded as a turning point in this country’s history. On paper, it abolished slavery, liberating black slaves. However, what is glossed over is a clause in the 13th Amendment that states slavery and involuntary servitude shall not exist “except as a punishment for crime whereof the party shall have been duly convicted.”

This loophole establishes the foundation for “13TH,” a Netflix documentary directed by Ava DuVernay, who also directed the 2014 movie “Selma.” Throughout the movie, DuVernay traces a direct line from the abolition of slavery in 1865 to the current state of mass incarceration in 2016, using U.S. history and a bevy of sources from social justice, legal, historical and activist circles to strengthen the argument. Some notable figures in the documentary include Michelle Alexander, author of “The New Jim Crow,”  which also discusses the age of mass incarceration in the U.S.; Angela Davis, a prominent activist during the Civil Rights Movement; and Sen. Cory Booker (D-N.J.), an outspoken advocate for criminal–justice reform. Through these insightful voices, combined with historical footage, newsreels and hip-hop music, DuVernay creates an intelligent, cogent film that explains how the U.S. has become the country with the highest population of incarcerated people in the world.

One of the strongest qualities about “13TH” is its reckoning with a history that has consistently sought ways to oppress black Americans. “13TH” does not side with Republicans or Democrats, but rather shows how both parties are responsible for marginalizing and harming black people in the U.S. through political rhetoric and policy. Beginning with Richard Nixon’s tenure as president in the 1970s, the documentary displays how the “tough on crime” rhetoric turned into actual policies in the ’80s and ’90s. It was President Ronald Reagan’s War on Drugs and President Bill Clinton’s 1994 crime bill that facilitated the beginning of mass incarceration, sending black people to prison at alarmingly high rates.

“13TH” rejects the whitewashing of certain events in U.S. history, such as the abolition of slavery and the passing of the Civil Rights Act in 1964 and the Voting Rights Act in 1965. Instead, it portrays how the system — whether manifested through the government or corporations — reinvents itself to find new ways to make sure black people in this country are treated as second-class citizens.

This explanation of the system, laws, policies, corporations and politicians effectively incites anger in the viewer that does not subside even when the end credits roll. DuVernay’s decision to invoke anger, more so than pity or sadness, pays off in influencing the viewer to think about the crushing breadth of this country’s criminal justice system. The analysis of the coded rhetoric during the “tough on crime” and “War on Drugs” era unapologetically showcases how members of the black community — “superpredators,” as Hillary Clinton once called them — are the intended targets of these political movements. It shows how the black community has been scapegoated and trampled on, decade after decade.

There is a multitude of stories and historical evidence that all tie into the larger narrative of the subjugation of the black community. The documentary does its best to synthesize these topics in a thoughtful manner that does not inundate the viewer with information overload. However, as a result, the topic of police violence does not get much attention until the very end of the documentary. But even so, DuVernay still makes it clear how the system of mass incarceration has enabled police violence to proliferate without much consequence.

One of the most striking moments of the film is a clip of Republican presidential nominee, Donald Trump, talking about a longing to return to the “good old days.” In this scene, footage of black men and women being harassed at his rallies is interspersed with footage of black activists being attacked by horses, dogs and policemen during the Civil Rights Movement. That scene alone provides a sharp, damning critique of how racism is still alive and well today.

With its searing and thoughtful commentary, “13TH” is a forceful voice in an era when the U.S.’s prison population is skyrocketing, when black and brown bodies are gunned down in the street by officers of the state who swear to protect them and when Black Lives Matter has emerged as the modern-day Civil Rights Movement. At a time when many people may falsely believe that racial equality has been achieved in this country, “13TH” makes sure to remind them, forcefully and unapologetically, that it hasn’t.