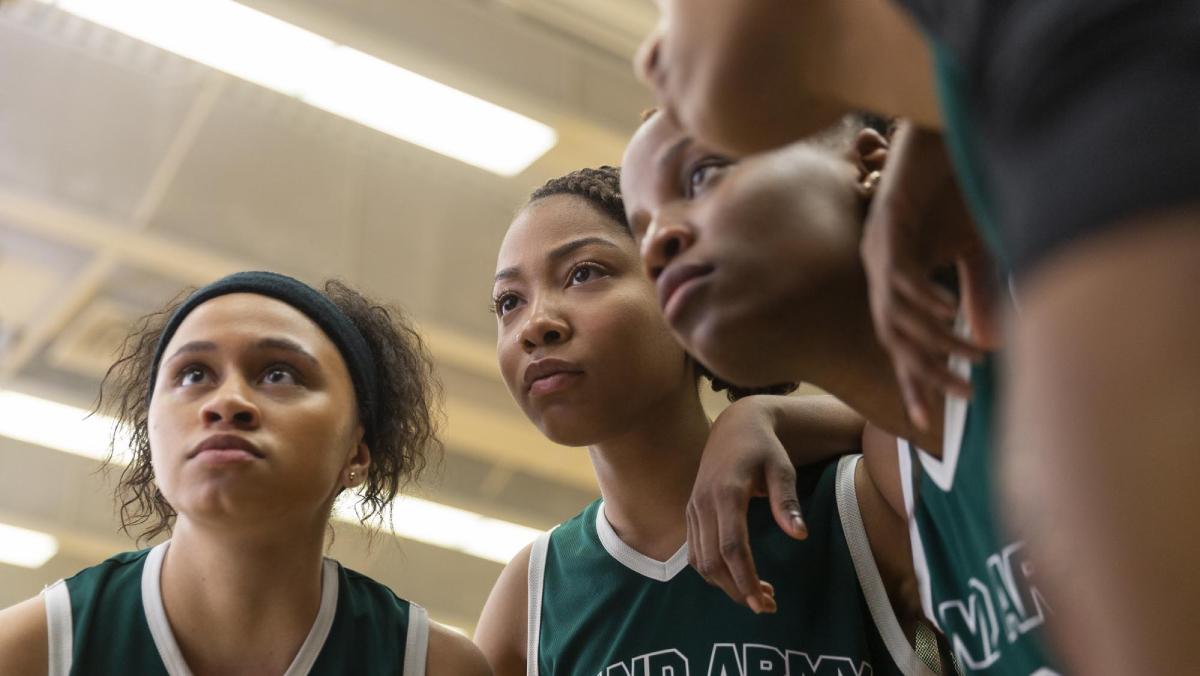 “Grand Army” is a Netflix original series that revolves around five students at the largest fictional public high school in Brooklyn, New York — Grand Army High School. The drama is loosely based on director, producer and writer Katie Cappiello’s 2013 play “Slut: The Play.” “Grand Army” is an authentic depiction of the harsh realities that high school students face.

The series is action-packed and has a strong emphasis on the characters. Cappiello’s writing is representative of current teenagers’ lingo, a choice that helps to accurately represent the trials and tribulations of high school today. The core characters — Joey Del Marco (Odessa A’zion), Dominique Pierre (Odley Jean), Leila Kwan Zimmer (Amalia Yoo), Siddhartha Pakam (Amir Bageria) and Jayson Jackson (Maliq Johnson) — represent different races, ethnicities and socioeconomic statuses. These students are compelling, all with their own developed storylines and character arcs.

“Grand Army” embraces topics teens today can relate to. For instance, Joey protests the unfair double standards of dress code regulations at school by sporting a white “free the nipple” shirt and encourages the student body to go braless. Her zeal is inspiring, and A’zion portrays Joey’s journey with confidence.

The series includes the perspective of first-generation students like Dominique, whose parents and older sister did not go to college. She is a student-athlete with dreams of studying psychology. Because she lives in a single-parent household, Dominique experiences pressure to help out her family financially while balancing her Advanced Placement classes, basketball practices and small business of selling homemade products for Black hair. It is refreshing to see Jean express Dominique’s true vulnerability as a young Black woman.

In addition to the actors excellently portraying their characters, the series experiments with a zombie apocalypse–inspired animation in the character Leila’s point of view. Leila is an eager freshman who was adopted from China when she was younger by white Jewish parents. Leila explores her identity, sexuality and spirituality throughout the show. Like the other angsty teenagers, she feels her emotions deeply, but, rather than expressing this through traditional dialogue, her feelings are illustrated in an anime fantasy. The use of the animation is clever and effective because the audience is better able to experience the inner workings of her mind.

“Grand Army” also includes a first-generation Indian–American character who worries about being racially profiled, especially after a bombing that happens near the school in the first episode. Siddhartha is a senior on the swim team with his sights on Harvard University. His grades are impeccable, but he struggles to write a standout personal essay. Bageria embodies this dynamic character who questions his sexuality while desperately seeking his parents’ approval. Siddhartha teaches the audience that once they learn to accept themselves, their goals will become attainable.

The theme of protesting injustices is made clear throughout the series. Jayson, a talented saxophone player, fights against the school-to-prison pipeline after his friend, who is also Black, is expelled over a prank involving a stolen wallet. Because his friend is expelled, Jayson gains a greater respect for the privilege to keep studying music at Grand Army, something his friend can no longer do. Jayson recognizes that he easily could have been in the same situation and uses his status as a musician at the prestigious Lincoln Center for the Performing Arts to make a statement about racism.

“Grand Army” is realistic, unlike other teen-oriented series that exaggerate the circumstances of the main characters for drama or shock value. This series advocates for societal change, and all these stories, individually and combined, exemplify the message of “Grand Army” — a beautiful, dynamic show that captures the genuine experience of teenagers today.

Review: “Insatiable” is a bizarre romp through society’s toxicity