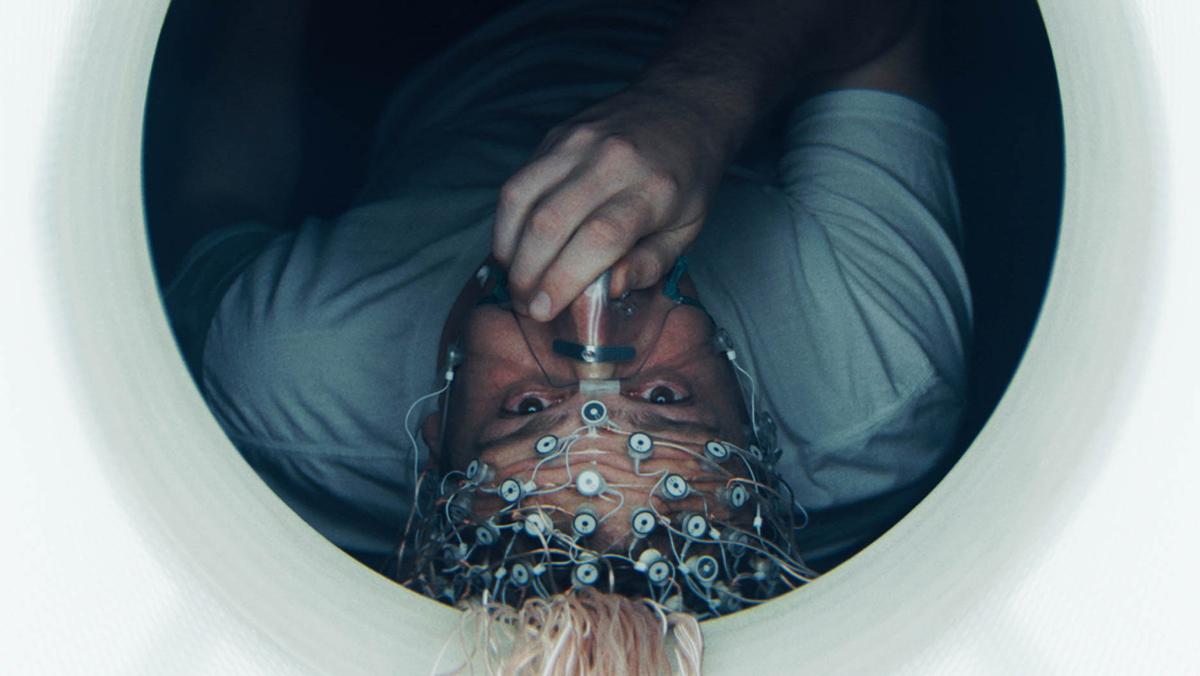 Netflix
“The Discovery,” released March 31, is a Netflix Original in which millions of people commit suicide after a scientist confirms the existence of an afterlife. The film features Robert Redford, Rooney Mara and Jason Segel.
By Samantha Brodsky — contributing writer
Published: April 12, 2017

It’s sometime in the near future, and in every building, on every corner, advertisements plead with the population to stay alive. “Suicide is not the answer. Stay in this life. #nomoresuicides #discoverlife,” reads one. In the same ad, fixed between a crisis hotline number and an ever-growing death tally, is a little boy smiling. He’s in a red polo and, with his hands, forms the shape of a heart.

In the six months since Thomas Harbor (Robert Redford) announced he’d scientifically proven that the afterlife exists, there have been over a million suicides — athletes, celebrities, whole families of people wanting to “relocate” to somewhere better. Fast forward a year and a half, and the death toll has reached over four million. Harbor has gone into hiding, only to leave his neurologist son, Will (Jason Segel), to deal with the repercussions of his discovery.

In the beginning scene of the Netflix original sci-fi drama “The Discovery,” directed by Charlie McDowell, Harbor talks to a TV reporter (Mary Steenburgen) about the machine he built to prove the afterlife’s existence. It captures subatomic wavelengths that leave the body after death. When the reporter matter-of-factly states that, in reality, Harbor doesn’t exactly know where this part of the human soul goes, he retaliates, “When you see a train leave the station, do you need to know where it’s going to understand that you just saw it leave?”

The chilling realization that not war, not plague, but suicide has considerably wiped out the population makes for a gripping storyline — until the film gets too mired in its mystery. Ultimately, with a plot that gets harder to digest as it goes on and lead characters who never fully connect, “The Discovery” lacks the passion it needs to overlook the disorienting final scene. But the film does have potential early on, stirring up an eerie feeling that’s undeniably provocative.

In a nightmarish world where the afterlife conclusively exists, a cancer diagnosis is celebrated. A death wish requires no second thought. Think about it: When there’s proof that death has a greater purpose, it’ll strike a chord with even the biggest non-believers. People can take their own lives and move to another plane of existence as easily as falling asleep and slipping into a dream. It’s a chillingly believable interpretation of an outlandish premise.

The film chronicles Will’s inner struggle: He’s guilt-ridden and ashamed of the world his father created, and this character-loathing adds even more depth to the plot. So when his brother Toby (Jesse Plemons), who’s in desperate need of a haircut or comb or both, brings him to where Harbor has gone into hiding — a huge mansion and ex–summer camp for troubled youth — Will begs his father to take it all back. Stop the suicides.

One of these people is Isla (Rooney Mara), a monotone, mysterious woman Will meets on the ferry ride over to Harbor’s cultish estate. Will rescues her from drowning herself in the ocean — she’s emotionally detached from any incentive to live anymore, mentally disturbed. Their slow-moving love story doesn’t get the chance to fully develop as they’re thrown into a mystery.

Harbor claims he’s built a machine, an improvement on the last one, that can offer people the opportunity to preview what their afterlives will look like. But does this device actually work? What does the footage from this machine mean?

Uncovering the truth has them doing outlandish things like stealing a cadaver and, after hooking him up to Harbor’s device, tracking down the hospital they saw in the footage, a hospital that no longer exists in present day. Although these excursions sound adventurous, the thrill doesn’t translate like it promises to because once they find out what the machine actually reveals about the afterlife, it’s only obscured by a complex ending.

Is the mystery compelling? Yes, even when the riddle takes some short lulls by way of scenes with eerily tranquil beaches, the persistent drumming of raindrops during afternoon naps, and glimpses of a limited chemistry between Will and Isla as they learn about each other’s troubling histories. But there’s staleness to the plot that can only be explained by a lack of “oomph.” Will and Isla’s barely-there romance leaves the viewer craving some sort of stellar development in what they’re trying to solve. But instead of bringing excitement, the answers cause confusion.

It’s not clear whether Will and Isla can answer all the questions they’ve set out to. And the truth — or what appears to be the truth — about these loaded inquiries leads to an ending that tries to do too much without an explanation of why. Though there’s nothing wrong with a plot twist or cliffhanger — or, in this case, both — the film is left in such a way the viewer is left with nothing more than confusion.