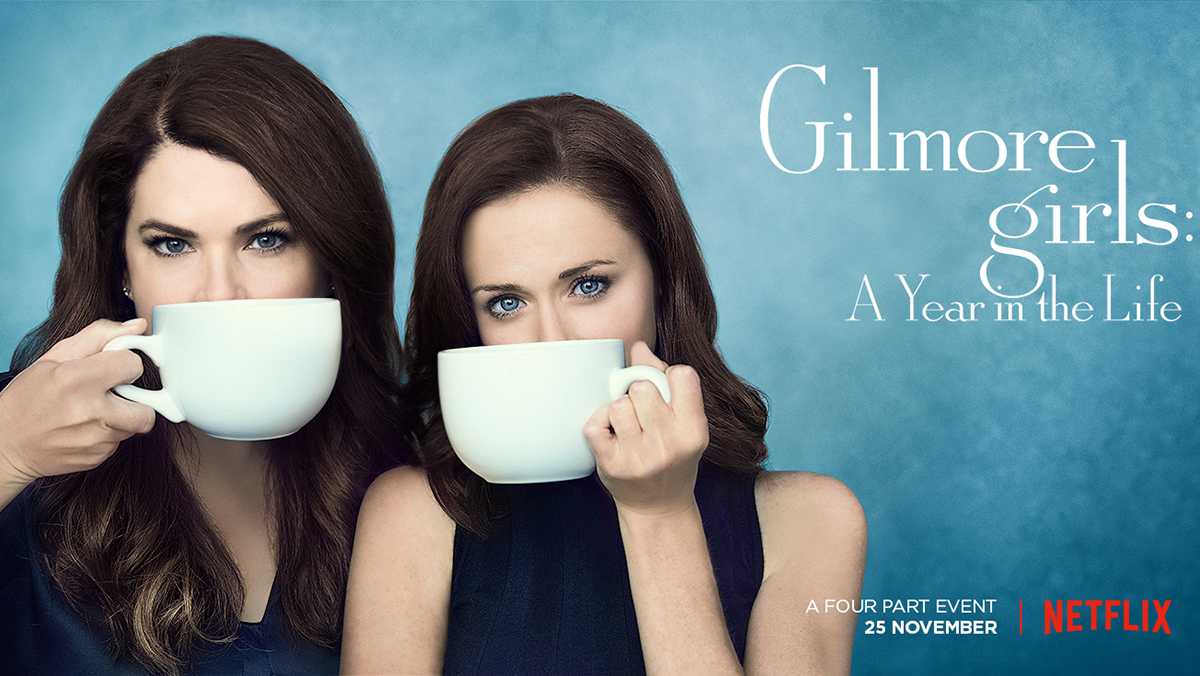 "Gilmore Girls: A Year in the Life"

Almost 10 years after the iconic show’s disappointing final season — which was its first without creator Amy Sherman-Palladino as a director, executive producer and screenwriter — “Gilmore Girls” returned Nov. 25. The four 90 minute–episode revival, “A Year in the Life,” is arguably an even further regression from the show’s previous glory.

While it was exciting just to watch Lauren Graham and Alexis Bledel revive their roles as Lorelai and Rory, the show failed to live up to its immense hype and at times became completely unenjoyable to watch.

From the first episode, titled “Winter,” small differences in the characters became major distractions. Graham’s change in enunciation and voice pitch took an entire episode to become familiar with. Sean Gunn’s (Kirk) inability to act or sound like his character from the series made his already odd storyline worse. Finally, the fact that Scott Patterson (Luke) looks at least 10 years older than Lorelai, even though they’re only supposed to be two years apart in the show, takes the viewer out of the moment.

The four episodes of “Gilmore Girls: A Year in the Life” struggled with problems that many long-running shows struggle with in their later seasons: becoming overly cliche and not being nearly as funny — or compelling — as they once were.

The two most odious aspects of the plot were Rory’s decision to begin writing a book and Sherman-Palladino’s lack of understanding of how obnoxious certain themes and characters were, such as Rory’s love interest, Logan, and the immense privilege his friends Colin, Robert and Finn.

Rory’s writing a book seemed like a really fascinating idea — for about 30 seconds.

Except it had already been before — on “One Tree Hill.” And also on “Private Practice.” And a version of it with the documentary release in “The Office.”

“Gilmore Girls” used to be superb because it wasn’t as cliche as the other comedy-dramas on television. Sherman-Palladino’s plots used to be more unpredictable. In “Gilmore Girls: A Year in the Life,” it was simple to predict what was going to happen at the end of each scene when it began.

When Lorelai begins watching the first take of “Stars Hollow: The Musical,” it was obvious what would happen. Lorelai would hate it, everyone on the show would disagree with her, and most of the viewers at home would agree with Lorelai. This scene was not only exemplary of Sherman-Palladino’s lack of originality but also of her clear inability to adapt to the 90 minute–episode format. This scene lasts 17 minutes, but the entire point could have been made in five.

Sherman-Palladino’s dragging, scenes happen again and again and again in “A Year in the Life.” The most notable examples are the four-minute scene spent on Lorelai and Rory’s circulating newspapers around Stars Hollow in “Spring” and in “Fall,” and a five-minute scene spent on Rory, Logan, Colin, Finn and Robert’s musical revival of their Life and Death Brigade antics. Unfortunately, the latter scene is nothing more than a rip-off of a musical number in the British musical “Across the Universe.”

Logan, Colin, Finn and Robert’s antics might have been funny when they were in their 20s, but now that they’re supposed to be in their mid-30s, it comes across as wealthy white male privilege. Maybe some people enjoyed the “I am buying this establishment and changing the rules” theme, but it felt like it was merely an exemplification of how unwatchable the show becomes when Logan and Rory are flaunting — and complaining about — their wealthy lifestyles.

The fact that Logan had more airtime than Lane, Jess, Sookie and Dean was infuriating. Over the first six seasons, all of those characters were more central parts of “Gilmore Girls” than Logan, who was perpetually unlikeable.

“A Year in the Life” is a slap in the face to “Gilmore Girls” fans.