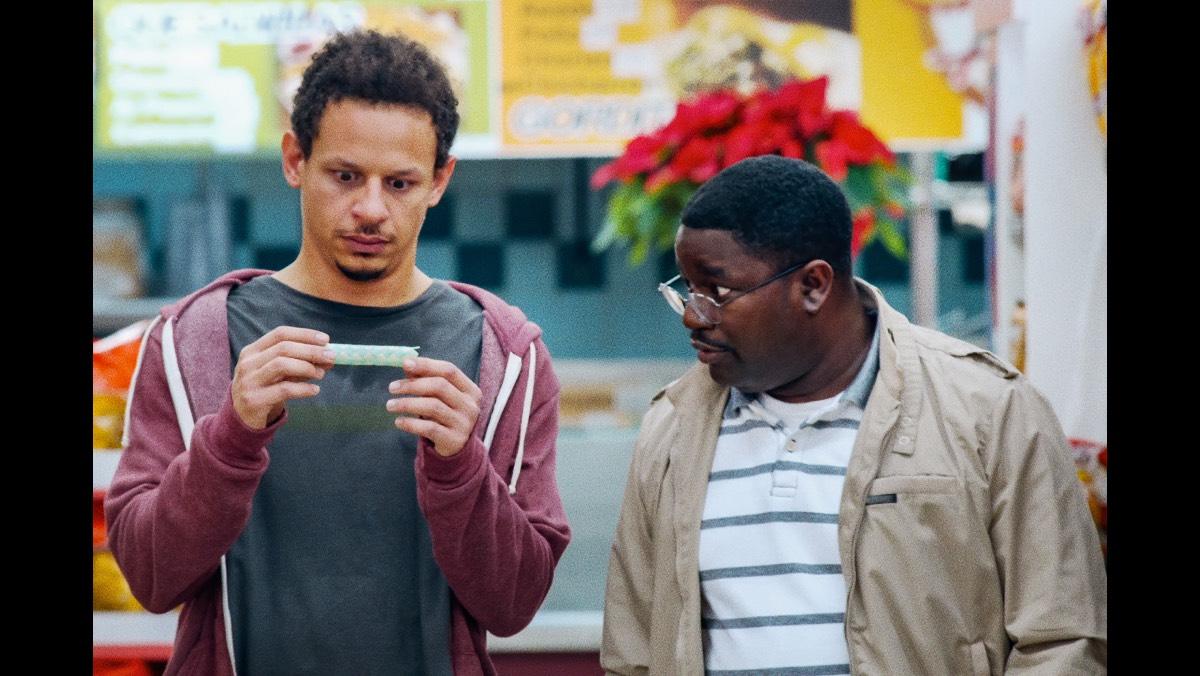 Courtesy Netflix
Despite Andre’s classic insanity appearing in moments throughout the film, “Bad Trip” isn’t as special as it could, and perhaps should, have been.
By Elijah de Castro — Staff Writer
Published: April 5, 2021

Eric Andre loves nothing more than overstimulating unsuspecting passersby with confusion, disgust, awkwardness and even fear. The corrosive, surreal pranks of Andre’s eponymously titled “Eric Andre Show” humorously wear down expectations of sane public behavior. So, giving Andre a bigger budget and a longer runtime would be the perfect equation for a great comedy. Right?

“Bad Trip,” Andre’s first venture into feature filmmaking as a writer and producer, features Andre playing Florida loser Chris Carey. However, the difference between Andre himself and the character he plays is essentially nonexistent — Andre puts on the same persona for the film that he does for his show. After Chris runs into his high school crush Maria (Michaela Conlin) while working his job at a smoothie store, he convinces his best friend Bud (Lil Rel Howery) to join him on a road trip to New York City to see Maria’s art gallery.

Before “Bad Trip” was released, Andre screened the film to hidden camera prank veteran Sacha Baron Cohen. Cohen, who pioneered the genre in the late 2000s with films like “Borat” and “Brüno,” clearly had a major influence on Andre’s film. However, what Andre missed is that the offensive guerilla pranks of Cohen’s films serve a greater thematic purpose. The noise created by Cohen’s characters is funny enough, but by sending the village idiots Borat and Brüno to America — a country of village idiots — Cohen created clever satires of American culture.

Perhaps Andre didn’t want to make a satire of American culture, which is fine. However, the film needed to parody, satorize or make fun of something in order to be fully fleshed out. The pranks are great — within the first three minutes of the film, Andre is completely naked and screaming in front of a stranger — but it’s hard to hang these moments off of a plot so simple and unoriginal.

In order to get to the Big Apple, Bud steals his vicious sister Trina’s (Tiffany Haddish) trashy pink car. After hearing that her little brother stole her car, she goes to hunt Bud and Chris for vengeance. Haddish is a funny enough villain for the film, combining elements of legitimate threat and disorganized irony.

However, all of this is dressing on a film that needs more time in the writers room. The film hits all of the cliche story beats of buddy road trip comedy, making for an experience that, aside from the pranks, is hollow. If the film is trying to be a parody of the overdone road trip drama, that part is unclear. If it isn’t, all the worse.

The film has its moments, though. A prank scene that begins with Andre wandering into a zoo cage and ends with Andre on his knees getting sodomized by a silverback gorilla is insane, shocking, hilarious and unforgettable. However, what connects these scenes are underdeveloped attempts at parodying the overused melodramatic moments of the road trip formula. Andre and Howery’s delivery is enough to make scenes amusing but doesn’t succeed at pushing the film over the line into substantive satire.

Despite Andre’s classic insanity appearing in moments throughout the film, “Bad Trip” isn’t as special as it could, and perhaps should, have been. Without a more established story, the excellent prank scenes that are scattered throughout the film are likely to be chopped out of the film and posted on YouTube, leaving the rest of “Bad Trip” unwatched.