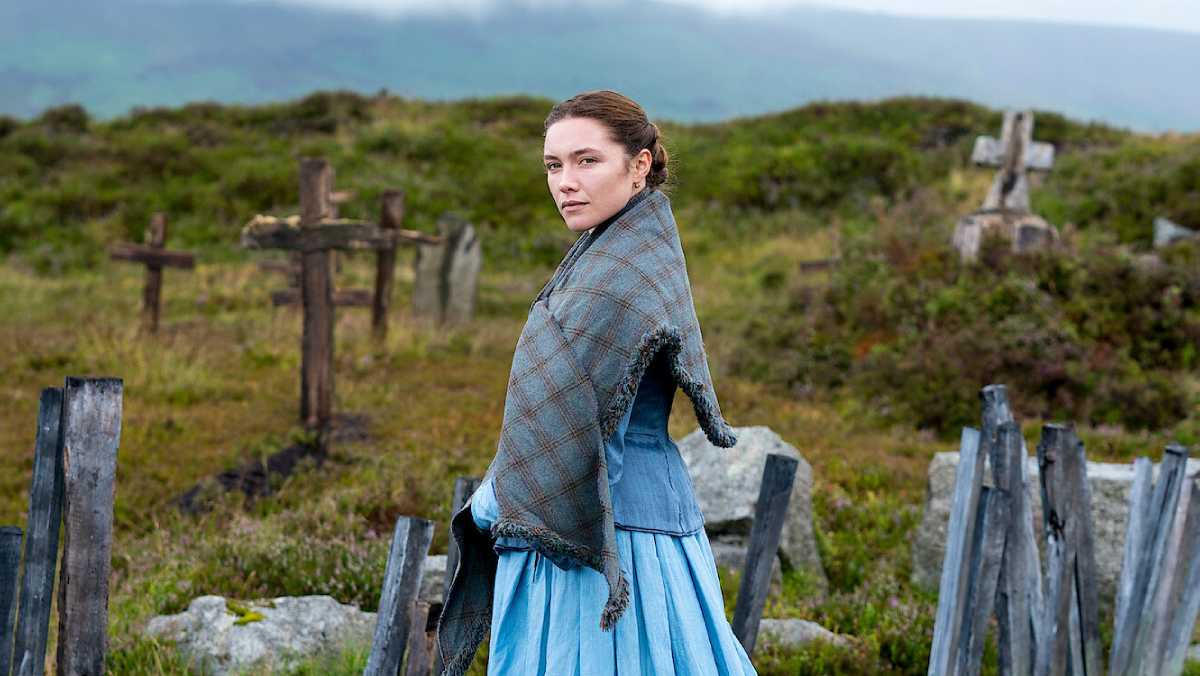 While starvation struck the dark and dreary Irish countryside from 1845 to 1852 with the Great Famine, “The Wonder,” set in 1862, depicts a different sort of hunger plaguing 11-year-old Anna O’Donnell (Kíla Lord Cassidy) — the girl has voluntarily not eaten for four months. The small village where Anna and her family live decide to set up a watch around Anna to determine if she is secretly receiving food, or if she really is chosen by God to survive only on his word through prayer. English nurse Lib Wright (Florence Pugh) is hired by the watch to observe Anna and determine if she is really devout or if there is something else at play.

Directed by Sebastián Lelio, “The Wonder” is a film that thrives on nuances and subtleties, allowing for the complex conversation surrounding the prominent theme of religion vs. science. This would not have been possible without the performances, which are masterful across the board. While the talent involved in this project pulled out all the stops, some of the more leading characters’ backstories and motivations could have been set up better. This is especially prominent surrounding the character Will Byrne (Tom Burke), who could have been built up more, considering his importance in the later half of the film.

The incorporation of some planting and payoff would have definitely made “The Wonder” stronger, especially given the ultimate direction the film went in during its third act. While its subtleties and slow pacing are what builds up much of its suspense, there is very little for viewers to be engaged with in some portions. Additionally, the film is weakened by dialogue that comes across a little too heavy–handed at times.

The cinematographer, Ari Wegner, uses color exceptionally in “The Wonder.” It both benefits the overall tone of the film as well as foreshadows the future relationships between characters. As a whole, the film starts off very dull and gray, with nurse Wright’s blue dress being one of the primary sources of color throughout the first act. As the film progresses, Anna dons a yellow dress, which is complementary to Wright’s blue attire. Lastly, as the film comes to a resolution, the faded color palette is replaced with vibrant hues of all colors, in costume and set design, signifying that Wright and Anna have overcome the turmoil of the watch.

Many scenes in this film look like a period-piece painting. This is accomplished through both the framing of scenes as well as the aforementioned, deliberate use of color. It is incredibly disappointing that this film was only released directly on Netflix, as many of the scenes feel as though they need to be appreciated on a big screen. Viewing this film at home definitely hindered a part of the film watching experience.

“The Wonder” comes together to be this fascinating tale inspired by true events surrounding the fasting girls. The most outside-the-box element of the film is its creative framing device to bring the audience in and out of the film where a narration highlights the impact of stories on the world. In the end, it is a beautiful story about overcoming trauma, loss and grief in places of immense darkness.