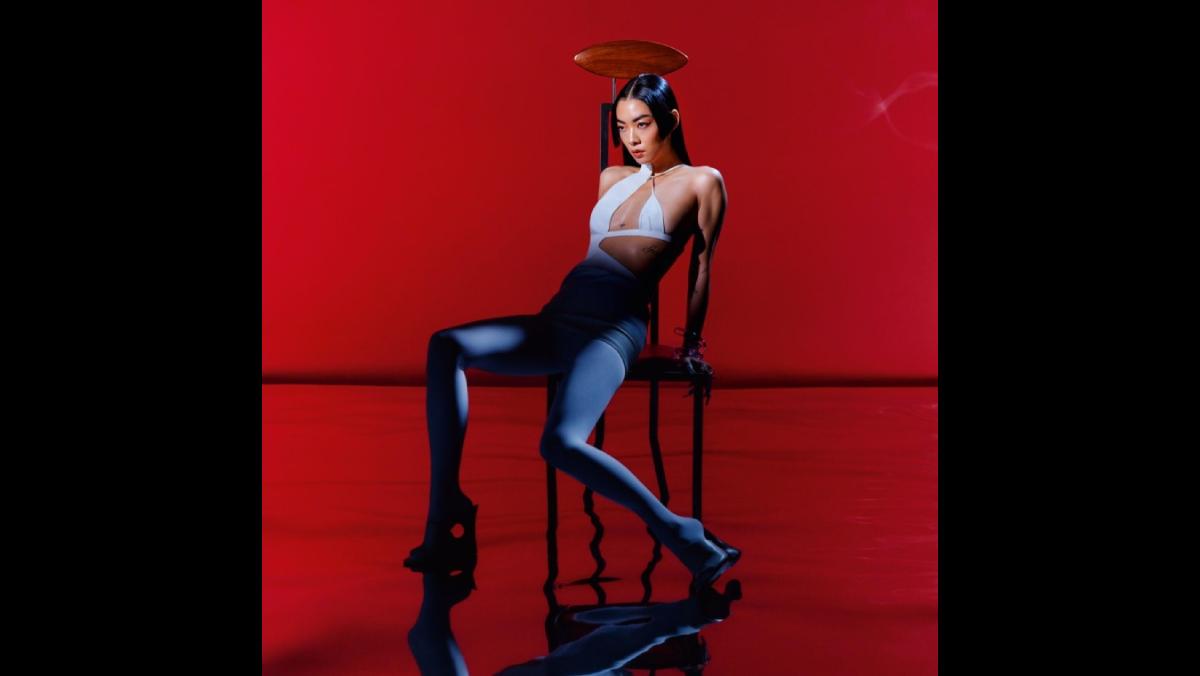 Courtesy of Dirty Hit
Rina Sawayama returns with "Hold the Girl," a beautiful and personal masterpiece that touches on themes of personal trauma.
By Matt Minton — Co Life and Culture Editor
Published: September 26, 2022

When Rina Sawayama burst onto the music scene with the brilliant “SAWAYAMA” in 2020, her first studio album, she instantly established herself as a pop icon. Brilliant singles like the heavy-metal–infused “STFU!” and the biting capitalistic critique “XS” are just a few of the many ways Sawayama managed to blow listeners away, all on just her first major record.

Clearly influenced by a range of different genres, including early 2000s and ’90s pop, punk rock and R&B, just to name a few, Sawayama managed to find her authentic voice in the oversaturated world of pop. Despite its undeniable critical acclaim, “SAWAYAMA” was released in the midst of the COVID-19 pandemic, which did not allow Sawayama to take in the full wealth of her success. The accomplishments of her newest record, “Hold the Girl,” following features on tracks by Charli XCX and Elton John, should hopefully be a different story in how she gets to celebrate.

To say that Sawayama put a real piece of her heart in “Hold the Girl” would still be underselling the real emotional vulnerability and newfound feelings of catharsis and strength that the record offers: both for Sawayama singing to her younger self and for listeners. From the mystical and evocative opening track, “Minor Feelings,” titled after the book by Korean-American poet Cathy Park Hong, Sawayama immediately draws listeners in as she sets the scene for what is to come, “Dreaming of the day I’m tall enough to save myself / But I was just a child.” This track beautifully establishes some common themes throughout the album: reconnecting with her younger self and coming to terms with her identity by overcoming trauma.

“This Hell,” one of the most catchy singles, is easily one of the highlights on an entire record full of stunning pieces. Sawayama skillfully dabbles in pop, rock and country to create a unique and uplifting sound reflecting her embrace of her sexuality. By cleverly singing about how “This hell is better with you / We’re burning up together, baby, that makes two,” Sawayama embraces her pure self with no hesitations.

In “Holy (Til You Let Me Go),” Sawayama sings about her experiences as a college student at Magdalene College in Cambridge, England, as she tackles her deep-rooted religious trauma. “Came to shelter from the blame / But I left taking all the shame,” Sawayama beautifully sings with electronic, moody instrumentation that makes listeners feel like they are floating in midair.

Another one of the more personal tracks on the album, the acoustically-laced ballad “Send My Love to John,” sees Sawayama sing from the perspective of an immigrant mother who struggles to connect with her queer son. She apologizes sincerely, singing about how “I misguided love to my only son / Trying to protect you, but I guess I was wrong” in one of the most poignant pieces on the entire record. For Sawayama, these are the words she wished she had heard as a child, as she finds the strength to be able to give herself the closure she deserves.

Sawayama could have easily tried to recreate the exact tone and style that made “SAWAYAMA” such a daring and unique success. Her trajectory on “Hold the Girl” moves toward introspection, showing real growth and maturity as an artist. Listeners hear in real time as Sawayama beautifully reconciles with her trauma and picks up all the different pieces of herself along the way.