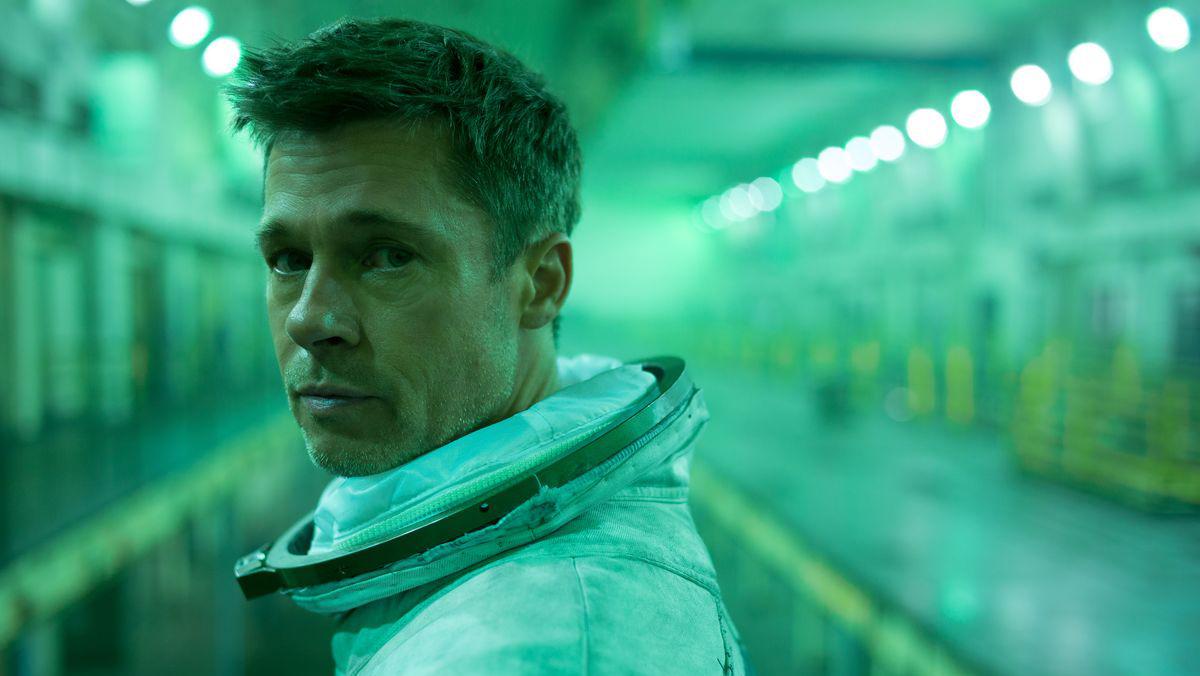 CBS Films
“Ad Astra” offers magnificent visuals that feel real but lacks any real substance. Though the movie offers some moments of depth that explore themes about human nature, nothing can make up for the film’s slow pacing.
By Liam Conway — Staff Writer
Published: October 1, 2019

Director James Gray delivers a visionary look into the future with his new film, “Ad Astra,” starring Brad Pitt. The film tells the story of Roy McBride (Brad Pitt), an astronaut in the near future on a mission to rescue his missing father, Cliff McBride (Tommy Lee Jones). The film’s Toronto International Film Festival premiere was met with abundant praise from critics and audiences alike. “Ad Astra” succeeds at telling a coherent story with beautiful visuals and some interesting ideas, but it feels like the story never hits its stride.

The strongest aspect of “Ad Astra” is its visuals, which are nothing short of breathtaking. The effects work done to create this film is so successful that it feels like it was shot in space. The most creative parts of this film are when Roy visits sprawling human colonies on other planets. The commitment to high-quality effects helps bring the story to life as the vastness of space is explored.

That being said, sometimes the cinematography can look rather flat because the entirety of the film is full of nothing but greys and greens. Cinematographer Hoyte van Hoytema’s work on “Ad Astra” looks similar to his work on “Dunkirk.” Both films contain a dull array of neutral colors that create boring appearances and offer no new content. Some have compared “Ad Astra” to “Blade Runner: 2049” even though the latter’s cinematographer, Roger Deakins, did a much better job at using colors to create an interesting story.

However, “Ad Astra” does explore some interesting themes about human nature when people are given the keys to unlimited space travel, and the visuals help in that exploration. “Ad Astra” wants to convey the dangers of space exploration and the punishment someone could face for having an unwavering desire to explore. The film contains messages about human behavior and how people are obsessed with war and monetary gain. This comes through when Roy travels to the moon and encounters both warzones and an Applebee’s on the moon’s surface. These types of themes come through in the film, but ultimately it’s not enough to make for an effective message. One of the reasons the message is lost is the film’s slow pacing.

“Ad Astra” is only two hours long, but it feels significantly longer. Opening on a magnificent set piece that shows a space antenna malfunctioning, the first act of “Ad Astra” is exciting. Most of the film consists of quiet, pensive moments that don’t feel necessary to the story. For example, when Roy walks around a colony on Mars for several minutes without talking or doing anything of substance, it makes the scene feel longer than it is. Even though the visuals in these scenes are successful, they don’t make up for the lack of strong dialogue. There are even many moments when Pitt has a voice–over describing what’s going on, which is unnecessary. Unfortunately, the film’s second act moves at such a slow crawl that the ending doesn’t feel gratifying. The final act of the film contains a couple of suspenseful moments, but it doesn’t do anything to redeem the slog that came before.

It is hard to deny Brad Pitt’s prowess on screen, but it feels like the film has an overreliance on Brad Pitt’s acting ability and his fame. Pitt has a couple of strong, emotional moments, but it’s hard to ignore that Roy is seemingly 20 years younger than Pitt is in real life. Some have called this performance understated or reserved, but those seem like words someone might use when they are afraid to call this film what it really is: boring.

“Ad Astra” wants to tell a highbrow, thought-provoking story with epic emotions. Even though it has some good ideas, “Ad Astra” relies too heavily on Pitt’s sleepy performance and makes the viewer want to fall asleep with him. Despite Gray’s best efforts, he never pushes it to an emotional breaking point. Because of its great visuals and interesting ideas, “Ad Astra” would be better suited as a screensaver than a proper film.