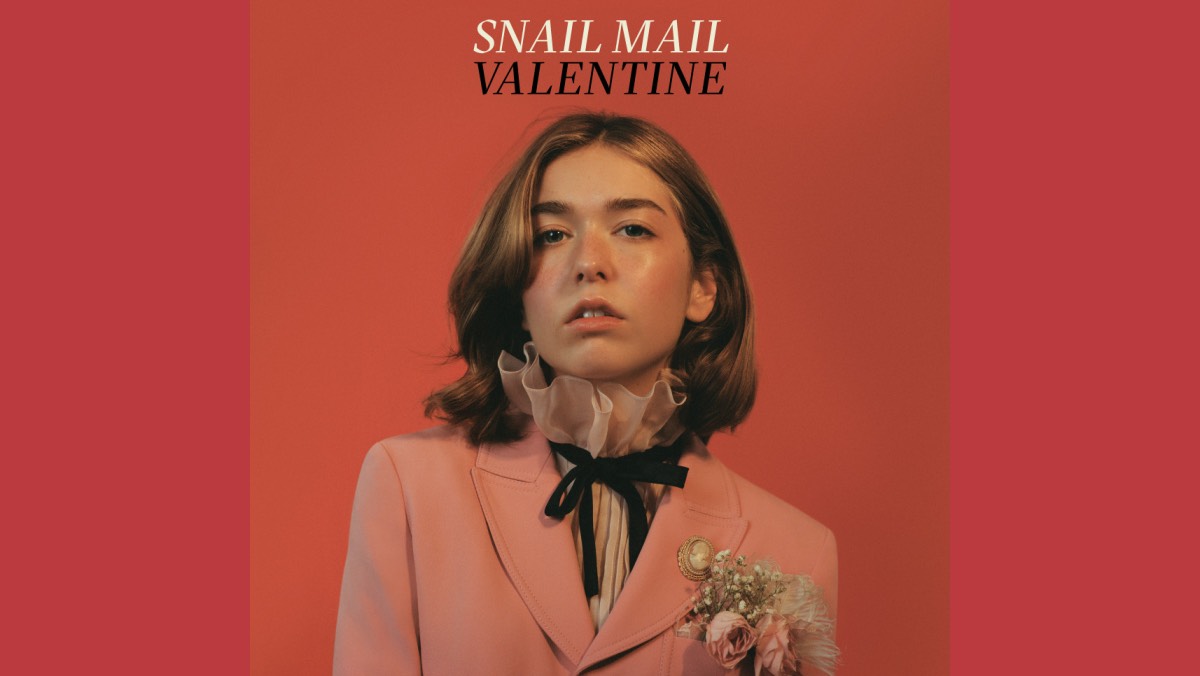 Courtesy of Matador Records
“Valentine” is an excellent album, both for listeners looking for an outlet to express the heartache that feels like it may never heal and fans of the indie genre looking for a new female voice.
By Sydney Brumfield — Staff Writer
Published: November 15, 2021

Taylor Swift better watch out because there may be a new heartbreak–anthem queen in town.

If listeners are looking for a post–breakup album that isn’t too angsty and deals with the wide array of emotions that can accompany the end of a relationship, then look no further than “Valentine” by Snail Mail.

Right out of the gate with the first track, “Valentine,” Snail Mail plunges listeners back into what it feels like in the aftermath of first love with passionate and mature lyrics. Empowered vocals combined with classic drums, invigorating lead guitar and hearty bass give this song a nostalgic, early 2000s alternative–rock sound.

The full album “Valentine” dominantly shows off Snail Mail’s prolific lyrical abilities which helps to set this breakup album above the rest. The song “Headlock” pushes further than capturing the absence of a past partner, but the grief that can accompany the death of a loved one. The lyrics, especially when delivered by Lindsey Jordan’s hauntingly beautiful voice, chill the listener and pull on their heartstrings.

The track “Madonna” is another lyrical feat for Snail Mail as she expertly utilizes religious symbolism and terms to evoke the idea that it is impossible for love to truly exist when one praises the idea of someone instead of their true character. Despite creating complex symbolism, the lyrics don’t distract from the beauty of the song. High tempo acoustic guitar and voluminous bass lines culminate to create an intense listening experience.

The instrumentals on “Valentine” all do a remarkable job at accompanying Snail Mail’s vocals rather than distracting. The singer uses each song as an opportunity to highlight different, but equally impressive dimensions of her voice. Snail Mail demonstrates full control over her voice that sounds both breathily-whimsical and powerful — an overly familiar tone and inflection similar to that of artists like King Princess and Phoebe Bridgers.

“Valentine” exemplifies Snail Mail’s ability to craft a wide range of songs within the same genre of alternative/indie stylings without any of the songs sounding reminiscent of earlier tracks. “Light Blue” maintains more of a folk influence, “Headlock” has a heavy classic–rock and country sound and “Ben Franklin” sounds deeply alternative with its prominent high-hat and luscious bass. All these tracks come together to give a fuller view of Snail Mail as an artist and solidify her place as a prominent rising voice in this music scene.

“Valentine” is an excellent album, both for listeners looking for an outlet to express the heartache that feels like it may never heal and fans of the indie genre looking for a new female voice. “Valentine” dives into complex and inherently feminine emotions in addition to demonstrating the immense potential that Snail Mail has as an artist.