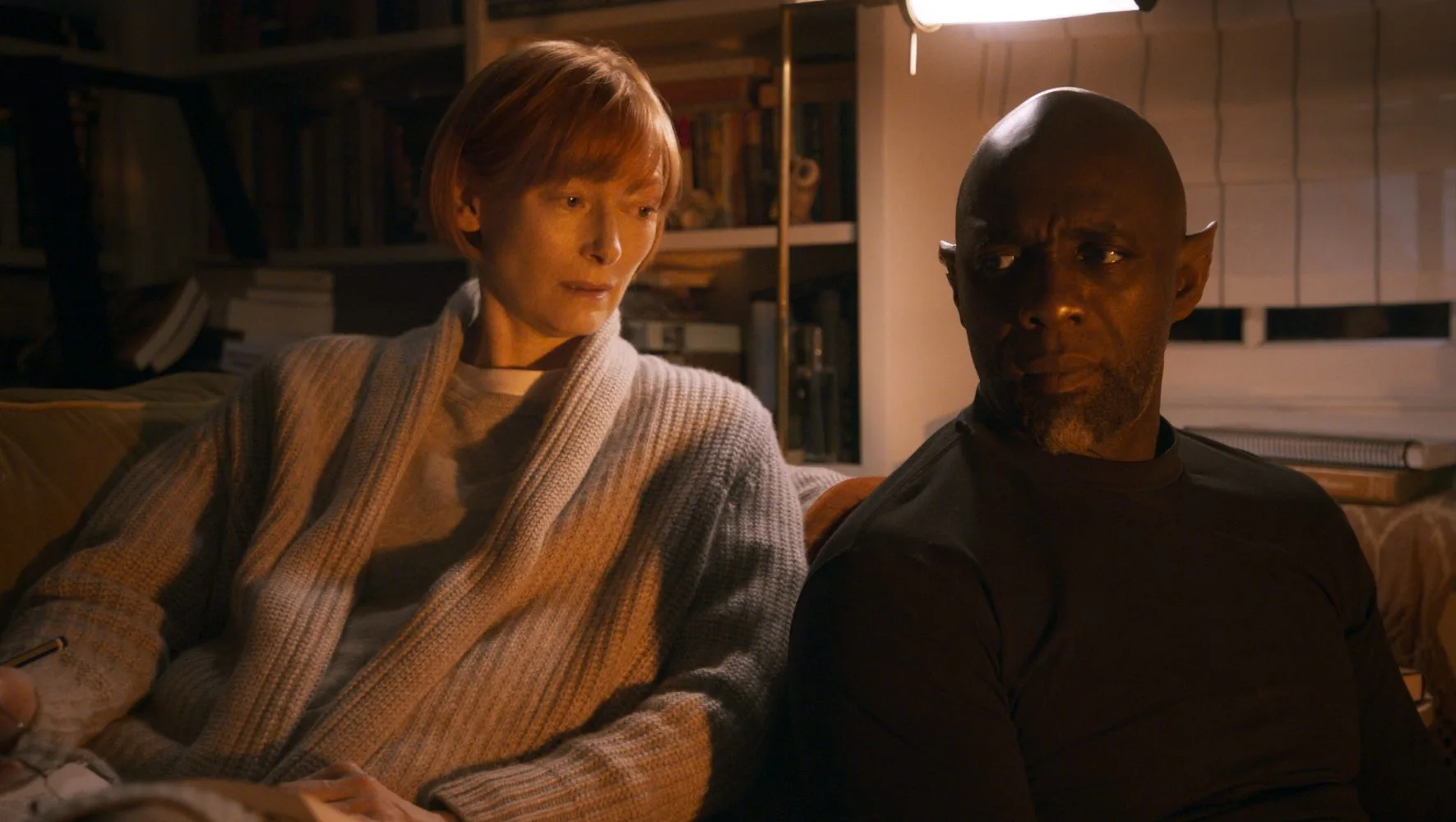 Courtesy of MGM
From left, Tilda Swinton and Idris Elba star as strangers who find a connection in a new George Miller epic all about love.
By Patrick Mazzella — Contributing Writer
Published: September 7, 2022

After a seven-year hiatus, director George Miller is back to talk about love. His latest film follows an independent and bitter academic named Alithea (Tilda Swinton), who accidentally releases The Djinn (Idris Elba) while in Istanbul for work. The Djinn — a genie — in keeping with genie lore, offers Alithea three wishes. However, she is well-versed enough in stories to know that genies and their wishes often serve as a cautionary tale, typically leaving the protagonist with less fulfillment than before.

Thankfully, Miller and co-writer Augusta Miller aren’t telling a cautionary tale. The film, a Cannes 2022 Selection, feels as if it was cut down to suit a wider audience, and suffers for it. The film, split into two distinct sections, one an epic and one a quiet drama, is engaging enough to keep people watching, but the two parts lack cohesion and feel backward in their lengths. The first hour of the film follows Alithea and The Djinn remembering the genie’s past through a series of flashbacks. His loves, his imprisonments and the titular 3,000 years of longing. The Djinn describes the three times he’s been imprisoned and the lead up to them. The production design and costume teams clearly took advantage of the film’s lofty $60 million budget for these flashbacks. The sets feel grand and opulent, with truly stunning costumes and props to complement them. Wide shots of these high ceiling temples and fine cut stone structures fill these flashbacks, allowing the audience into the world The Djinn once got to inhabit. The remainder of the film is spent watching The Djinn and Alithea live their lives together, two isolated beings finally coming together for companionship they couldn’t find anywhere else.

Despite George Miller’s incredible direction, he was not able to fix the issues found throughout the narrative. The pacing greatly slows as the runtime continues, going from a very snappy and quick introduction to a quiet and contemplative third act. Despite both styles working well separately, the transition between them is disorienting and takes the audience out of the experience, giving them tonal whiplash.

Although both Elba and Swinton give quite remarkable performances, the script fails to match the stature of these two stars. A large portion of the film is dedicated to showing scenes of The Djinn’s backstory, naturally leading to his character being far more fleshed out compared to Swinton’s. What Miller and Miller forget, however, is that this is very much Alithea’s story — her love story. The grand set-up of the film only finally pays off in one of the few scenes focused on our lead. The audience sees Alithea once again scared of making wishes and how she fears she’ll only end up hurt, which she’s spent her life trying to avoid. Alithea says she just wants to think about love, not the stories about sorrow and hardship. This scene is the final puzzle piece of the film that the audience needed.

The remaining 20 or so minutes are what this film has been wanting to be about for the previous 85, a love story across species, dimensions and time. Miller drops the facade of “Three Thousand Years of Longing,” previously masking as an epic about storytelling, now allowing moments between our lovers to sit. This choice just almost makes up for the neck-breaking tone shift and slogging backstory that fills the beginning.