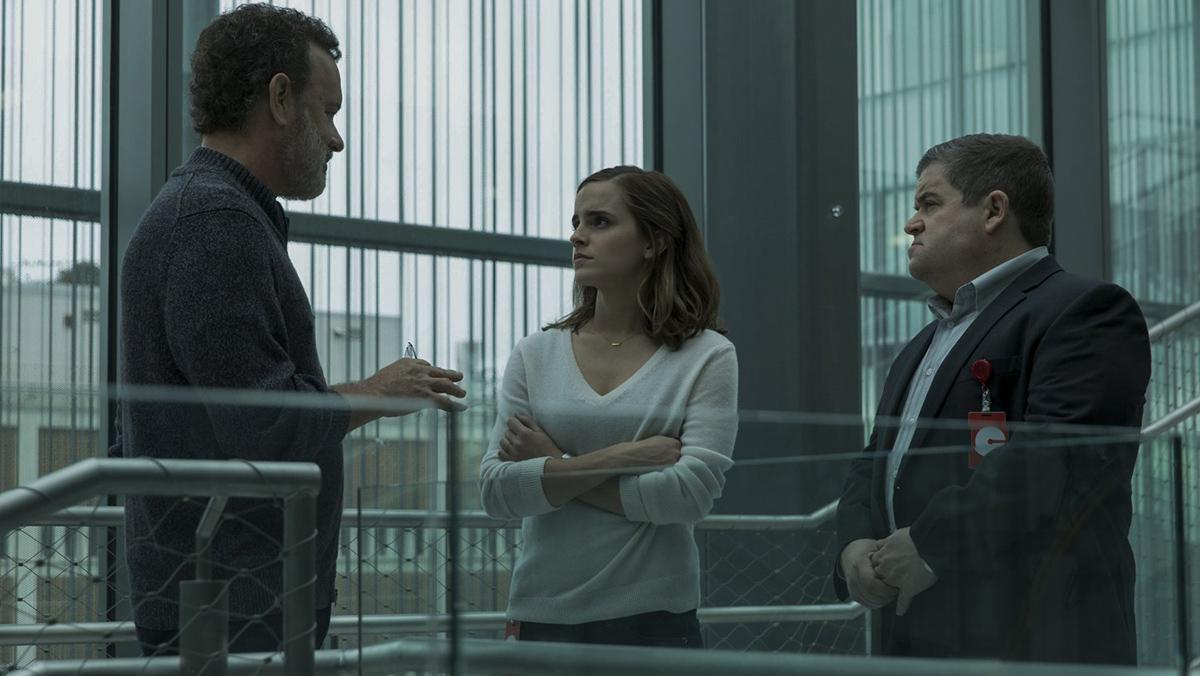 Imagenation Abu Dhabi FZ
"The Circle" is based off the bestselling book by Dave Eggers. It details the the inner workings of a massive tech company as it expands its power and encroaches on the private lives of its users.
By Jake Leary — Assistant Life and Culture Editor
Published: May 2, 2017

“The Circle,” a film based on the book by Dave Eggers, delves into the value of solitude. Well, maybe “delves” is the wrong word: For all the ideas the film introduces, it never fully explores any of them. It’s a shame because the inherent philosophy in the conflicts director James Ponsoldt establishes are more pertinent now than ever before. The technology in “The Circle” may seem like a thing of the future, but it is closer than it seems.

The film details the career of Mae (Emma Watson) after she lands a job at the Google-like tech company the Circle. As she climbs the company ranks, she questions the invasive nature of the Circle’s products: microcameras that can livestream from anywhere, biomonitor bracelets that track every breath and heartbeat, social media platforms that store every moment in someone’s life. Mae is eventually drawn into a social experiment for which a camera broadcasts her every move. She quickly becomes an international celebrity — a role she grows to despise after the lack of privacy begins to wear her down. Her perspective of the Circle changes after the company’s founders endanger the life of her closest friend, Mercer (Ellar Coltrane). With the help of genius coder Ty (John Boyega), Mae plots the Circle’s downfall.

Thanks to Watson’s complex performance, Mae’s journey from a low-level tech-service employee to a global superstar is full of humor, magic and human struggle. Watson balances Mae’s ambitions and reservations with a deft sensitivity to the indecision of youth. At first, Mae wants to expand the powers of the Circle, but she has a change of heart as she struggles to maintain her privacy. This internal conflict would have been a powerful driving force for the film, but by the end of “The Circle,” Mae’s motivations become muddled and the potential impact is squandered.

Ponsoldt portrays situations with clear, sociological issues to highlight current political flaws, but the universal acceptance of radical technologies makes the film into a parody of itself. The film depicts one side of the argument, but the director and writers don’t make any effort to acknowledge the other side: This is another in a long line of science fiction films that recklessly damns innovation without acknowledging the necessity of improvement. There is a natural allure to technology, especially for younger generations. To display advances as purely problematic is to ignore the sociological reasons people are drawn to new devices in the first place. Why do so many consumers need the latest iPhone? There is a crucial tech-philosophy element that is completely lacking in the film and prevents “The Circle” from becoming a cultural touchstone.

Unfortunately, the side characters are as hollow as the plot itself. Boyega’s performance as a paranoid, young tech–master is commendable, but the character has so little screen time that he never develops. The same could be said of Mercer, but instead of a bland character played by a talented actor, Mercer is a bland character played by an uninspired actor. Most of Mercer’s dialogue is blatant preaching: He is the innocent, pure, rural boy untainted by technology. To make matters worse, Coltrane’s delivery is out of sync with the rest of the film. His lines sound like they came from the star of a high school drama, not the lips of a professional actor. Both Ty and Mercer are meant to play huge roles in Mae’s development as a person, but neither is believable enough to inspire personal growth — there is no reason for Mae to react to their presence.

Even Tom Hanks and Patton Oswalt, two masters of their craft, are given little more than set dressing. They are the corporate villains of the piece, but there is no evidence of their suspect behavior until the final five minutes of the film. It isn’t like a grand reveal, but rather the result of poor storytelling.

What should have been a sharp, social commentary is instead a convoluted, meandering, star-studded romp.