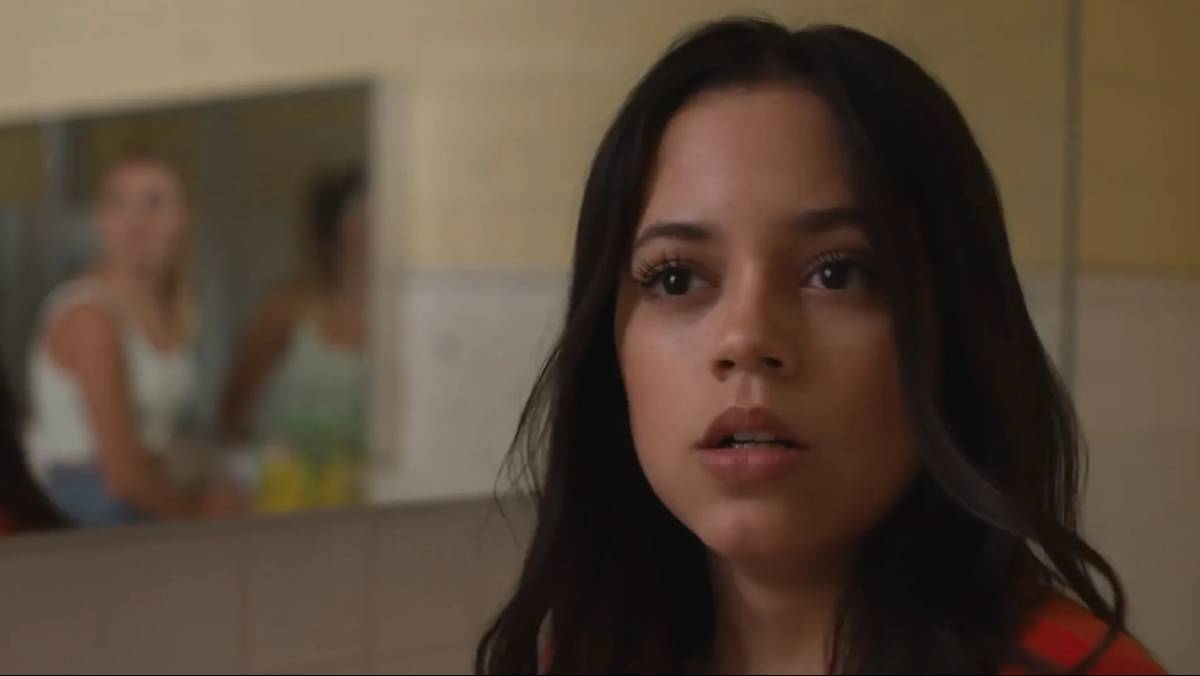 Courtesy of New Line Cinema
Jenna Ortega and Maddie Ziegler both give captivating performances which make up the most influential portions of the film.
By M Minton
Published: February 10, 2022

When it comes to depicting traumatic acts of violence, the entertainment industry often goes to lengths to exploit and glamorize these events. Thankfully, “The Fallout” is an example of how to make a very good film out of an extremely difficult subject matter while treating its victims with respect.

Directed and written by Megan Park, “The Fallout” follows high school student Vada (Jenna Ortega) as she forms a bond with popular high schooler Mia (Maddie Ziegler) in the aftermath of surviving a school shooting together. Following Vada as she navigates the many relationships in her life and tries to make sense of what she has just lived through, “The Fallout” is a beautifully written and emotionally impactful look at tragedy and the grief that follows.

By choosing not to show any physical acts of violence and instead focusing on how the shooting affects those who lived mostly through dialogue, “The Fallout” allows the audience to connect with the characters as they try to move on in their daily lives. The conversations between everybody in the film feel extremely real. The audience ends up caring about the characters and empathizing with them.

Ortega gives an excellent performance that carries the film, portraying Vada’s healing journey  with such care through deliberate choices that humanize her. Ortega doesn’t allow Vada’s emotional withdrawal from the world around her to lose the audience’s attachment to her character. Ziegler as Mia makes the unlikely connection that forms between her and Vada feel not only believable, but undeniable.

There are scenes that showcase text conversations between Vada and the other characters in the film. Instead of taking away from the connection shown between two actors physically in a room together, Park effectively frames these shots to focus on both the actors and the texts. This choice emphasizes the loneliness the characters feel and the hope they seek in connecting with others.

As the film shows Vada growing distant from the people in her life — particularly her sister Amelia (Lumi Pollack) and close friend Nick (Will Ropp) — the audience is able to empathize with Vada’s pain and understand how living through a traumatic event can have life-altering impacts on even the deepest relationships in one’s life.

Where “The Fallout” falters is in the middle of the film when the audience watches Vada start to become reliant on drugs, moving away from the core connection between Vada and Mia. While it is completely believable that Vada would start to become addicted to drugs as a coping mechanism, this part of the film isolates Vada a bit too much from the other characters and becomes a bit boring. Although this was clearly an intentional choice for the story, the audience loses interest in the film as a result. “The Fallout” is at its most powerful and effective when it focuses more on Vada’s connection with the people in her life and the different ways everyone deals with grief.

Ultimately, “The Fallout” is a great film that finds a real sense of humanity in its most quiet and calm moments between the characters that are just trying to make it through the night. Whether it’s a human conversation between Vada and Mia or a scene between Vada and her younger sister reconnecting, Park avoids sensationalization and instead finds the human story in the face of life-altering events.