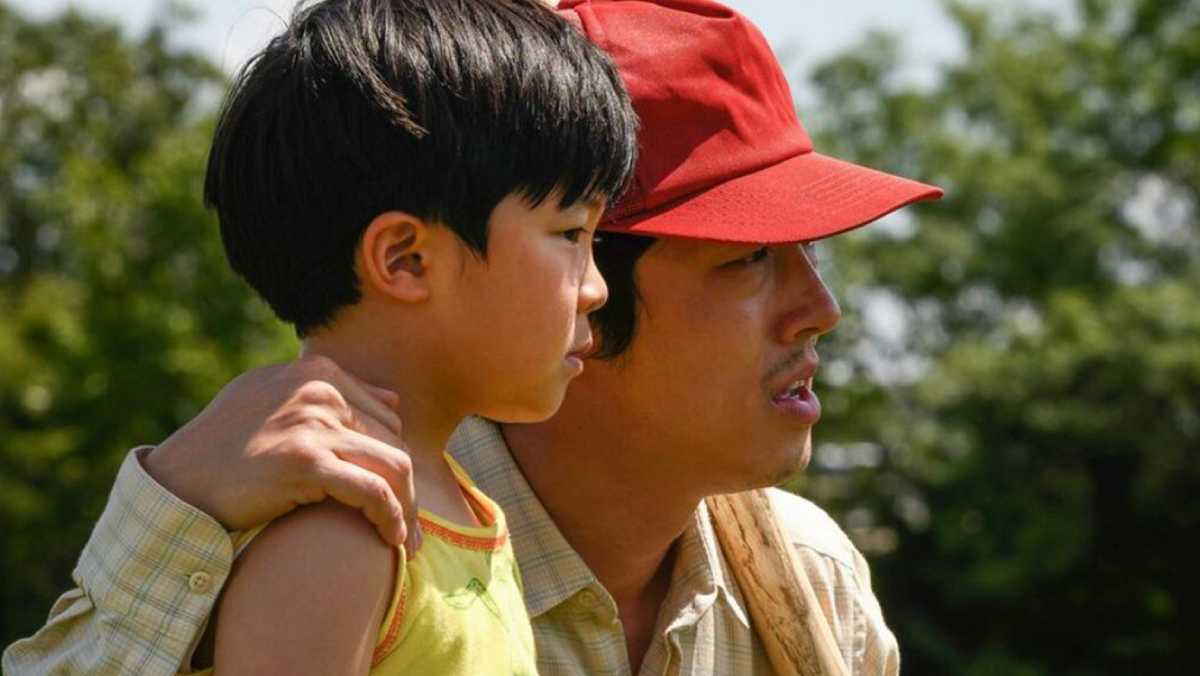 Courtesy of A24
"Minari" focuses on a family overcoming the challenge of feeling alienated in a new environment. The film will most likely be on streaming services early next year.
By Antonio Ferme — Senior Writer
Published: October 28, 2020

In “Minari,” directed by Lee Isaac Chung, 7-year-old David Yi (Alan Kim) and his grandmother, Soonja (Youn Yuh-Jung), slowly walk into the forest to collect water and check on their minari plants. Soonja explains to her grandson that the minari, or water celery, is growing well. She says minari is the best because it grows everywhere, like weeds, and can be used in soups or even as medicine.

“Rich or poor, anyone can enjoy it and be healthy,” Soonja said. “Minari is wonderful, wonderful!”

Unlike the root that can flourish anywhere it is planted, the Korean-American family in “Minari” struggles to grow both economically and spiritually after moving to a quaint farm in Arkansas. The film focuses on the family overcoming the challenge of feeling alienated in a new environment. While it is being exclusively shown at film festivals, it will most likely make its way onto streaming services early next year.

David’s father, Jacob (Steven Yeun), becomes compulsive about harvesting Korean plants on fresh soil. In the meantime, he makes ends meet with his wife, Monica (Han Ye-ri), by chicken sexing — a highly skilled but low-paying gig that involves verifying the genders of thousands of chicks a day.

The film focuses on Jacob and Monica’s relationship, a part of the film that is defined by Jacob’s desire to throw most of their finances into the farm. Monica is portrayed as a loving yet protective mother who begins to lose faith in Jacob’s ambition. With a kind eye, the film explores the intriguing, contradicting perspectives of this married couple, who both learn to accept one another’s flaws.

The film examines the family’s stirring dynamic by allocating significant screen time to every character’s complex emotions. When Monica’s mother, Soonja, moves into David’s bedroom, the dynamic of the household radically changes. David bluntly tells Soonja that “She is not a real grandma.” When she asks why, he says, “They bake cookies! They do not swear! They do not wear men’s underwear!” This line characterizes their sappy relationship, which evolves from a series of comical moments like these to deeper experiences as the two grow closer.

“Minari” starts on a strong note, but it lacks an emotional anchor throughout the second act. With a runtime of just under two hours, the film’s subtle third act leaves the viewer wanting more. Nevertheless, the pacing accompanies the leisurely storytelling well.

Cinematographer Lachlan Milne’s gentle style is absolutely stunning. His precise camerawork balances between close shots set on the characters and giving them space during tense moments. The bright and vivid colors of the scenery, paired with composer Emile Mosseri’s harmonic score, bring an element of warmth to the film. Many scenes take place outside on the farm, where sunlight beams into the frame like melting honey.

At its heart, “Minari” is a poetic glimpse into Chung’s real-life experiences as a Korean-American child growing up on a farm in Arkansas. Chung told AP that he has always wanted to tell this personal story since he began studying film but always kept putting it off. His superb depiction of these experiences gives the story authentic and tender layers.

Chung does not shy away from illustrating how the family feels isolated from the American characters. One scene at a church gathering makes the viewer feel as removed as the family. Chung intricately displays the Yi’s reclusiveness to interact with other people. A boy asks David why his face is so flat and a girl mocks David’s sister Anne (Noel Cho) by reciting gibberish and then asking if she has said anything in her language. Chung brings to life the covert racism he faced while growing up. By putting it in a creative medium like film, he invites viewers into his childhood, and the effect is striking.

“Minari” is not just another great film depicting Korean culture like “Parasite” — it is a story about an immigrant family making sacrifices to achieve the American dream. Chung’s film shines brightest when he addresses meaningful themes with such levity, making this a must-see when there is a release date for a wider audience.