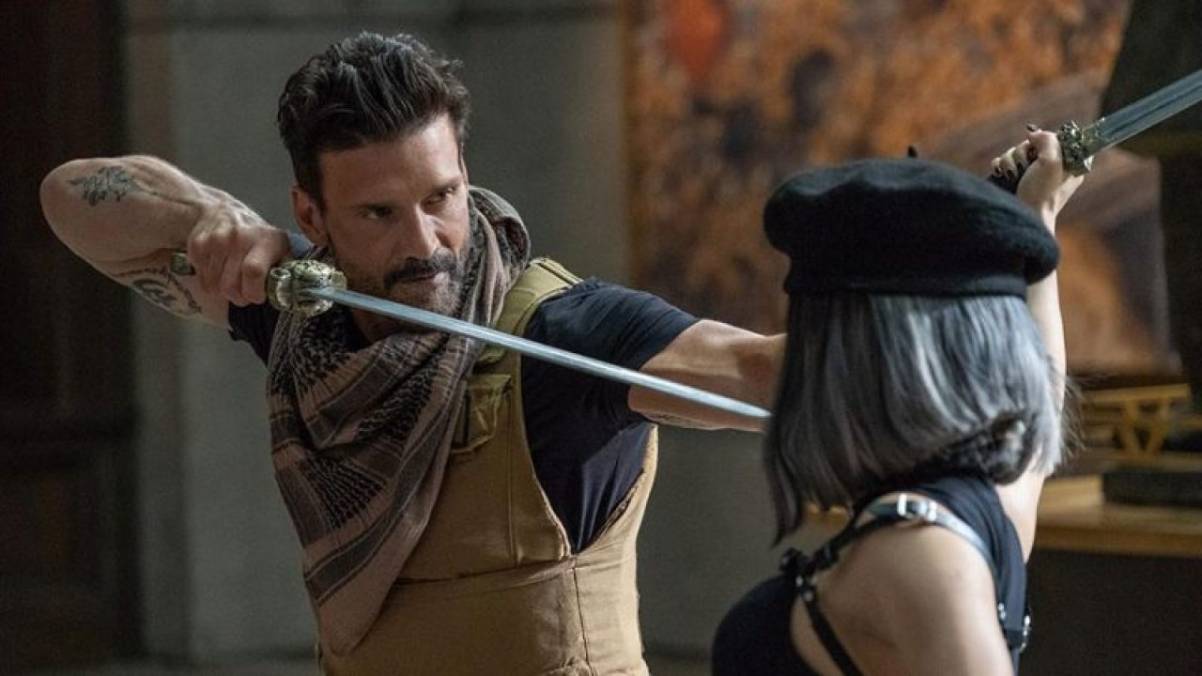 Hulu’s “Boss Level” is a mixture of Harold Ramis’ “Groundhog Day” and high-paced action films like “The A-Team” and “The Fast and the Furious.”

“Boss Level” is a sci-fi action comedy directed by Joe Carnahan. Roy Pulver (Frank Grillo) is a retired military operative who becomes a guinea pig for an experiment run by his wife, Jemma (Naomi Watts), and the sinister corporation she works for led by Clive Ventor (Mel Gibson). The experiment places Roy in a loop on the day of his death, which leads to him being brutally murdered every day and having to repeat it. As Roy tries to unravel the mystery behind his situation, he must also battle the multiple assassins sent by Clive to kill him.

The story is interesting, and it gets right to the point. The movie feels like a video game adaption, which is exactly what Carnahan was aiming for. Video game references pop up throughout the movie, including power-ups for new weapons and vehicles and a score count so the audience can see how many times Roy died, rounding up to 137 times by the end of the film.

The action is a major highlight and is top-notch in both creativity and execution. There are fast-paced car chases, shootouts and sword fights, and all these stunts are choreographed very well. One of the best examples of how intense the action is in the movie is a scene in which Roy gets impaled by a harpoon and then is dragged down the street by a truck.

There are some genuinely funny moments, mainly coming from the voice-over narration from Roy. He is killed so many times that he is completely unfazed by the intense violence surrounding him. Every morning in this loop, Roy gets attacked by a thug wielding a hatchet, dodges an onslaught of bullets from a helicopter right outside his apartment and then has to escape his building, which is rigged to explode.

Despite the positives, there are also problems that make the film difficult to watch at times. One major weakness is the dialogue, which becomes extremely cringeworthy and annoying. There is not a single moment of silence in the movie. There is always someone spouting exposition, reacting to an insane fight scene or making lackluster jokes. For example, there is one assassin named Guan Yin (Selina Lo), and every time she kills Roy in the time-loop, she yells, “I am Guan Yin, and Guan Yin has done this!” She says it about 20 times throughout the film, and it quickly becomes irritating.

There is a lot of potential for funny scenes, but they aren’t executed well. A lot of the jokes feel off-beat and inconsistent with what’s actually going on in a scene. There is a scene in which Roy has to find a tracker in his tooth, and he has to rip it out with some pliers. One of Roy’s friends, Dave (Sheaun McKinney), watches in horror as Roy rips out his teeth, screaming and freaking out in the process. Roy responds in a very monotone manner, “Don’t worry, Dave, it’ll grow back.” What could have been a funny scene becomes awkward and poorly executed because the actors aren’t exactly sure how to respond in the situation.

The movie isn’t groundbreaking, and it doesn’t try to be. The story, although familiar, draws viewers in, and the cinematography of the film is clean and engaging. If a sci-fi fan is looking to relax one night and watch some mindless high-paced action with quirky comedy that doesn’t ask much from the viewer, then “Boss Level” will fit the bill.