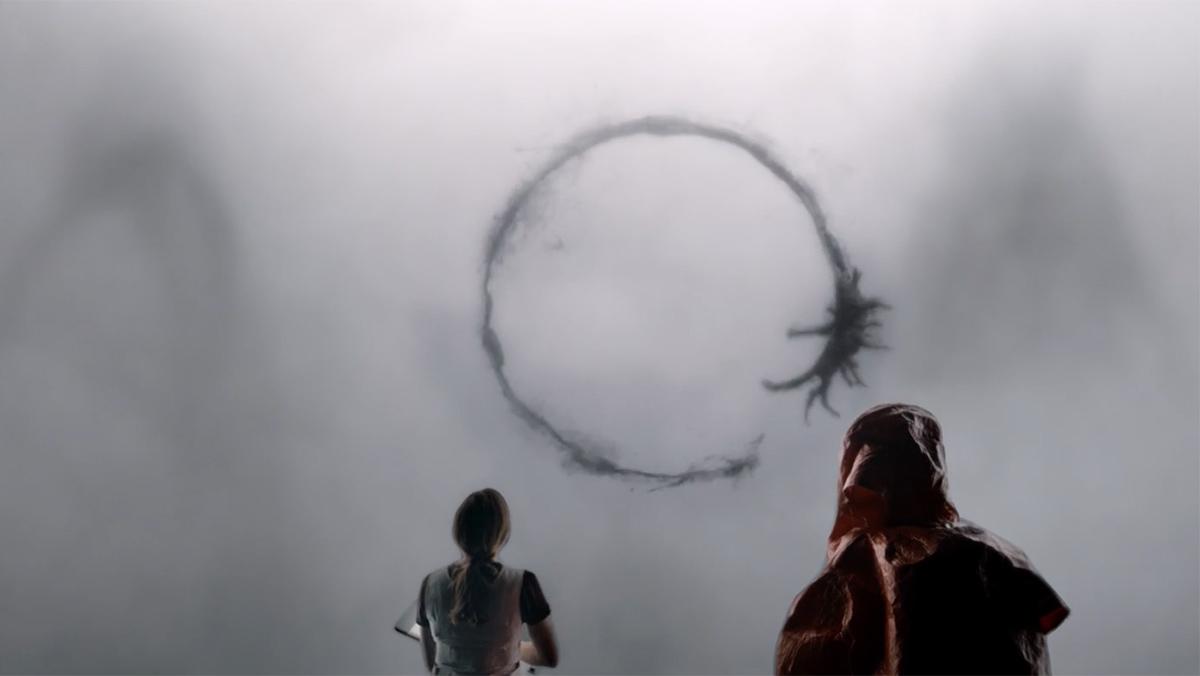 Director Denis Villeneuve has been creating intriguing films ever since his big splash in 2013 with “Prisoners.” After another successful film, “Sicario,” Villeneuve has created a science-fiction epic with “Arrival,” based on the short story “Story of Your Life” by Ted Chiang. “Arrival” has a subtlety and intensity that elevates it above the stereotypical alien film. It features a superb cast and stellar direction, which make it one of the best science-fiction films in recent memory.

The film follows Dr. Louise Banks (Amy Adams), a linguist, who is recruited to interpret the language of alien visitors as 12 humongous spacecraft arrive on earth. The Heptapods are squid-like beings who communicate with Louise through strange circular markings and images. Louise has help from physicist Ian Donnelly (Jeremy Renner) and Colonel Weber (Forest Whitaker), an army colonel who is leading the project.

The cinematography and direction are just as mind-bending as the film itself. The beautiful visuals are created by cinematographer Bradford Young, who has worked on “Selma” and “A Most Violent Year.” The surreal aspect of the film comes from the interweaving shots of the sleek spaceships and the hollow caves inside them. The intricate detail that Young and Villeneuve put into the film shows how committed they are to making a sci-fi epic. The vast scope of the alien’s disk-like ships is breathtaking, and the sprawling, green vistas are expertly captured. The human characters in “Arrial” feel small because they are constantly in the presence of physically large objects and philosophically massive issues both of which are rendered in a clear, cold cinematographic style. It is obvious that “Arrival” is more than just an alien film, but something deeper.

Amy Adams’ nuanced and internalized performance is raw and powerful in the film. Louise is a timid character, and although her immense shyness might get in the way of personal relationships, she prevails with her intelligence. Louise’s interactions with the Heptapods reveal a different side of her — a courageous, tenacious woman prepared to act when others won’t. Adams helps bring the character to light as we see her transition from a timid college professor to a forceful alien translator. She portrays both facets of Louise’s personality with an honesty that captures the depths of her past grief and the importance of her current goals. The audience knows that there is so much going through Louise’s mind, but Adams’ acting keeps the film grounded. Renner and Whitaker both give solid performances, but ultimately, Adams steals the show.

The tour de force script by Eric Heisserer is where the film’s masterwork lies. It conveys underlying metaphors while still making a heart-racing alien drama. Most science-fiction blockbusters resort to brainless plots and mass destruction with no consequences, but “Arrival” is not the run-of-the-mill sci-fi film. The aliens create tension and suspense, but it’s the philosophical and emotional core that evokes more human feelings. The film focuses on how humans perceive time, which they will someday run out of and perish. The human emotion and subtlety of the characters are what’s important rather than the ambiguous threat of the alien visitors.

“Arrival” is not only smart in its emotional hook, but it is also pure, intelligent science-fiction. Villeneuve creates a film with such intricacy that the viewers will be eager to see his next project. They’ll also end up thinking more about themselves and how they live their lives.