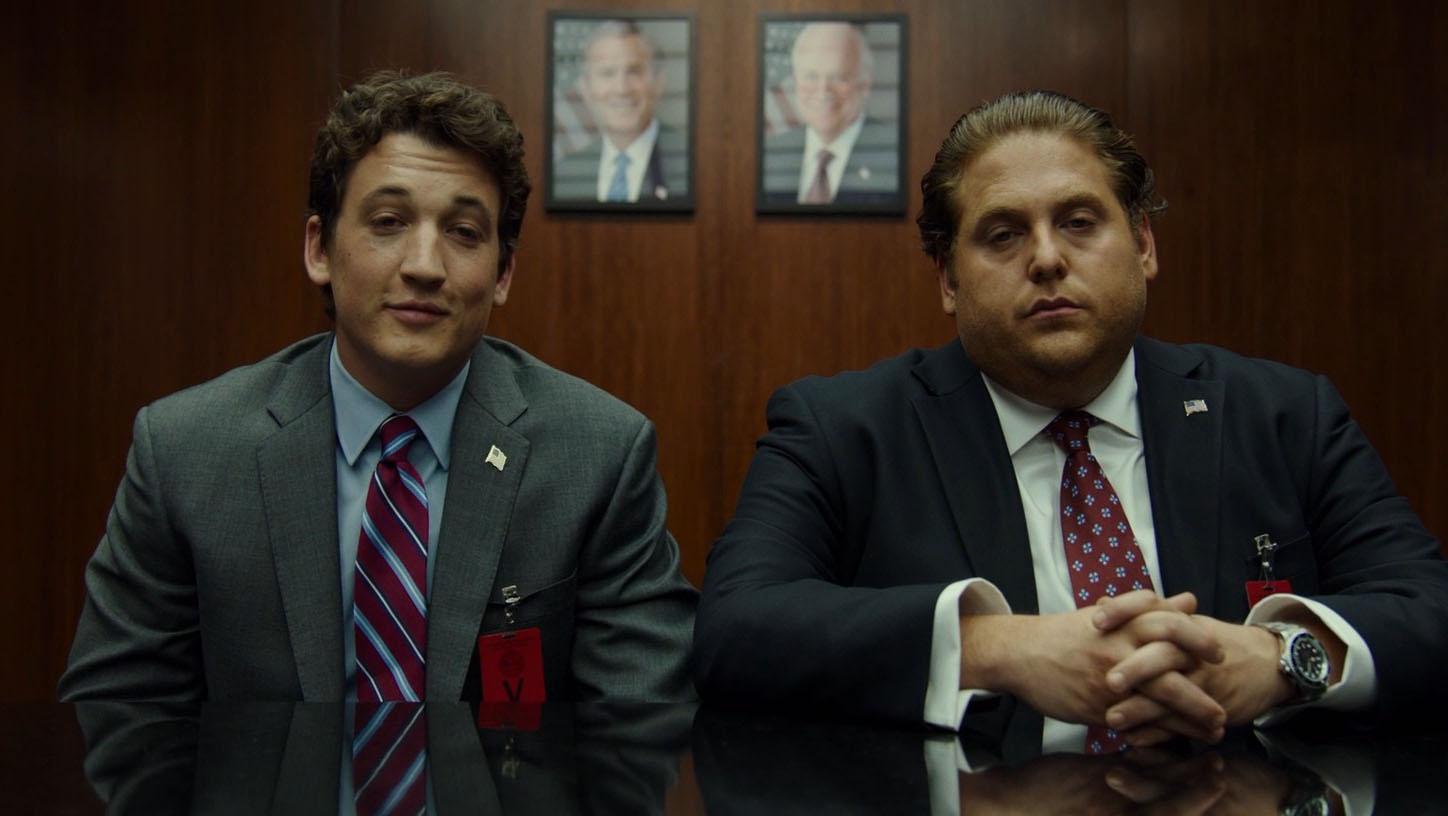 Taking place around the mid-2000’s, “War Dogs” is a film focusing on the weapon exchange that occurred during the Iraq War. Craziness ensues when two sketchy 20-somethings fall into a multimillion-dollar arms deal with the Afghan army. Though funny at times, director Todd Phillips seems to rely a little bit too much on classic film cliches and his lead actors’ raw talent to bring the story to life.

The obligatory freeze-frame opening brings viewers through the struggles of David Packouz (Miles Teller). In his attempt to figure out how to make a living, Packouz quits his job as a licensed massage therapist to visit retirement homes, trying to sell sets of high-end linens. Soon after regrouping with his estranged, successful high school friend Efraim Diveroli (Jonah Hill), Packouz and Diveroli slowly begin to establish themselves as weapons dealers for the United States military by making bids on smaller Pentagon contracts and working their way toward bigger ones. They find themselves in over their heads as they’re trying to score their biggest deal ever with the Afghan military.

“The Hangover” director Phillips seems to borrow from Martin Scorsese’s “The Wolf of Wall Street” — coincidentally also starring Hill — coming out loud and proud with this story about a rambunctious escapade that spans the globe. Though the film is humorous at times and Hill’s character provides comic relief, the lack of dynamic characters and the use of mindless cliches makes the movie less than captivating.

While there are moments of hardship pertaining to the team’s trade failures and relationship struggles, both Packouz and Diveroli seem to break free of these issues fairly easily. An all-too-predictable conflict ensues when Packouz’s fiance, Iz (Ana de Armas), leaves her future-husband for being unreliable and secretive during his escapades abroad. The scene suddenly shifts, and Packouz and Diveroli resume their roles scamming countries for millions of dollars. This segment of the film just distracts from the main plot of the movie and doesn’t exactly add much value to the story other than just making the audience dislike Packouz even more than before. There were far too many lines of Packouz saying, “No way, really?” after a relatively large issue was resolved. Even about three-quarters of the way through the film, Packouz continues with, “I used to be selling sheets to old people, and now look at me,” only emphasizing the lack of empathy the character experiences. However, one minor perk of watching the duo get off the hook with their problems was the instantaneous reaction most viewers felt: boiling anger and frustration against the pair’s success. It’s difficult for most viewers to remain composed when the two protagonists are ignorant and successful.

Packouz and Diveroli’s relationship is certainly an entertaining one: The combination of Packouz’s snarky personality and Diveroli’s ignorance makes for funny dialogue. However, the protagonists of “War Dogs” aren’t dynamic; there doesn’t seem to be much growth or change for either character. Not to mention, the story itself didn’t do a great job of making the audience feel connected to the characters. Viewers anticipated a complicated plotline and lasting climax — instead, the movie banks on the raw talent of Hill and Teller just a bit too much without enough conflict to really push the plot further.

“War Dogs” couldn’t decide whether it wanted to be a comedy or drama, and it definitely wasn’t an appropriate blend of both. Though Phillips is known for his dramatic writing and his involvement in comedy films like “The Hangover” series and “Project X,” perhaps he should stick to either one or the other.


Though the story is compelling, the characters of “War Dogs” weren’t up to par. Teller plays a fairly forgettable role, only to be just barely redeemed by Hill’s likeability and comedic timing. Hill also seems to be channeling his inner Jordan Belfort a bit as the comedic devil he plays, which he may have learned from Leonardo DiCaprio in the aforementioned Scorcese flick. Whether on purpose or not, “War Dogs” seems like a dumbed-down version of Scorsese’s The Wolf of Wall Street.” Despite the film’s flaws, it is no doubt a fun adventure that invites the audience to come along for the ride.