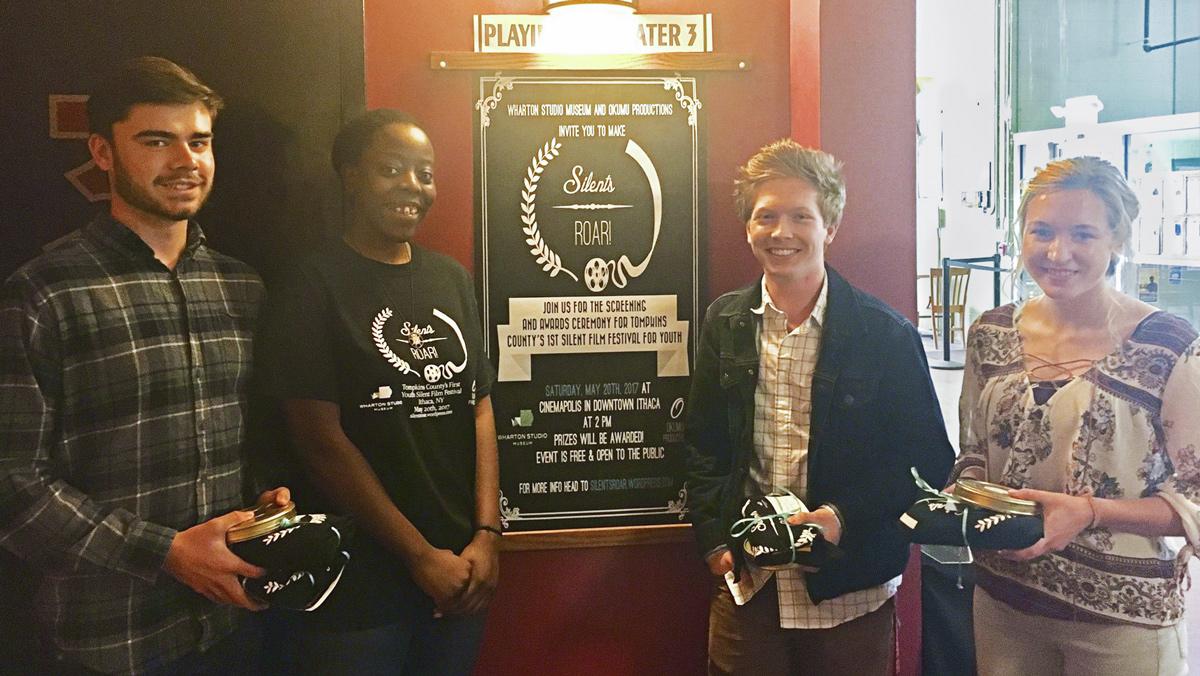 The Wharton Studio Museum will host its second “Silents Roar!” Film Festival in the Roy H. Park School of Communications on April 20. The competition is open to filmmakers between the ages of 13 and 18. After narrowing down 43 submissions, 19 silent films will be screened, and the winner will have their work featured at the Seneca Film Festival on Oct. 19–22 in Watkins Glen, New York. Cornell University sophomore Jeremy Coyle won in 2017 with a film called “Max and His Lady.” The short movie is about a man falling in love and having a relationship with a sandwich.

The first “Silents Roar!” Film Festival was held at Cinemapolis in 2017 and only garnered three submissions. It was founded by Ithaca College sophomore Fiona Okumu, who reached out to Mayor Svante Myrick with the idea to create a film festival to give young filmmakers the opportunity to showcase their work in the style of the popular Ithaca-based silent filmmakers from the early 1900s, the Wharton brothers. Myrick then referenced her to the Wharton Studio Museum.

The Wharton Studio Museum, located in Stewart Park, operated as a film studio from 1914 to 1919 before it was converted into a museum. The museum offers exhibits and screenings. It primarily commemorates the work of brothers Theodore and Leopold Wharton, who utilized Ithaca’s environment as backdrops for their movies. They also had actors do their own stunts and were some of the first to use special effects. Diana Riesman, executive director and co-founder of the Wharton Studio Museum, said the brothers were major influencers in film.

“The Wharton brothers were pioneers in what was an emerging art form and industry,” Riesman said. “They were attracted to this area because of its perfect melding of the rustic and the urban — exactly what still draws people here today.”

Eric Hollenbeck, director of the Seneca Film Festival, is one of the jurors for the event. The jurors will also feature Park School professors, who specialize in different fields of filmmaking. David Negrin, assistant professor in the Department of Media Arts, Sciences and Studies, is one of the evaluators who will be judging the submissions.

“I think it’s important for young filmmakers to practice the methods of visual storytelling,” Negrin said. “Silent films invite the filmmaker to tell the story without relying on sound or voiced dialog and instead focus on imagery, character and editing.”

Riesman gave Okumu the platform for her idea by supporting the festival through the Wharton Studio Museum. “Silents Roar!” went on to engage Southern Tier youth in Ithaca’s rich film history.

“I didn’t know there was such a big film history in Ithaca when I was in high school,” Okumu said. “I then realized that this could be a very big cultural event.”

For this upcoming event, the winners’ school’s technology department will also receive funding to provide resources to youth filmmakers. There will be first, second and third place winners. The jury will select a winner based on how well cinematic technique is presented in one’s respective film.

“The partnership we have with the Park School allows future filmmakers to consider IC as a choice for school, and it helps promote the film program here,” Tang said. “One of the greatest feelings for a filmmaker is to have their work premiered and screened for everybody to see.”

For Okumu, a writing for film, TV and emerging media major, “Silents Roar!” is part of her journey as a student in the Park School. She became interested in film writing during her sophomore year of high school when a filmmaker came into one of her classes as a guest speaker.

She said she hopes “Silents Roar!” can inspire youth to consider filmmaking as a profession. Okumu is considering opening up to more schools for next year’s festival but said she would need more interns from the Park School.

“These skills are skills everyone really has; it’s just about refining them,” Okumu said.