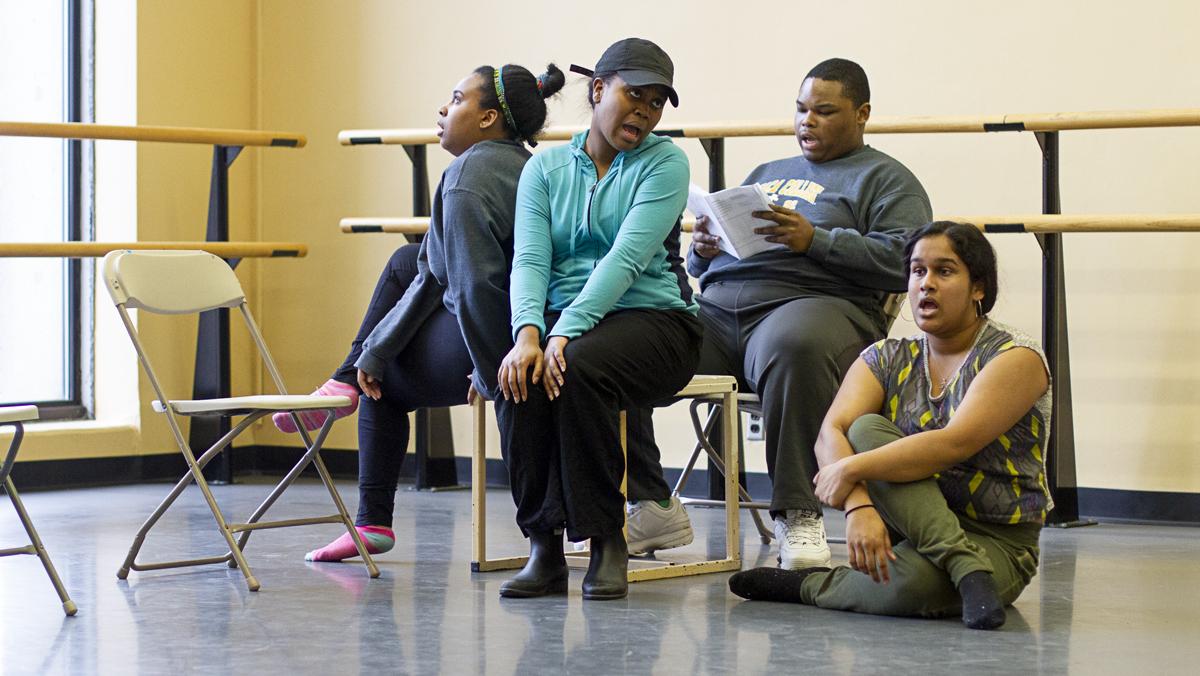 Ithaca’s historic Bool’s Flower Shop will be the stage for a site-specific production of “Little Shop of Horrors,” complete with the fresh scents of blooming roses and fertilizer. In this kind of show, the audience is not only watching the production, they’re in it.

Bool’s Flower Shop is celebrating its 125th anniversary this year. To commemorate the occasion, the shop is hosting a site-specific production of “Little Shop of Horrors,” which is running from April 24 to May 2. From April 24 to 27 and April 29 to May 2, the performances will take place at 7:30 p.m. On April 28, the performances will be at noon and 5 p.m., when the shop is closed on Sundays. Community members are putting on the musical, and much of the cast and crew in the production are from Ithaca College. Bool’s started off as a home furnishing store back in 1894 and has evolved throughout the ages to become Ithaca’s oldest flower shop.

“Little Shop of Horrors” is a horror–comedy musical about a man-eating plant in a flower shop called Audrey II (senior Kylie Heyman) and her caretaker, Seymour (sophomore Logan Geddes). The musical primarily takes place in the flower shop, and this is why the creative team thought Bool’s would be the perfect stage. For scenes taking place outside of the shop, the creative team plans to include the streets and sidewalks outside of Bool’s as extensions of the stage. Senior Jacob Stuckelman is the lead producer of the musical working along with co-producer senior Ben Fleischer. Stuckelman came up with the idea for a site-specific production years ago, and his dreams are finally coming to fruition. 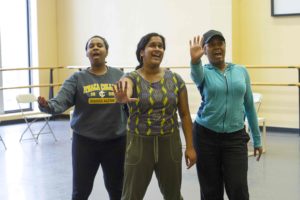 “This has been a concept in my mind for about a year and a half now — since sophomore year, I just wanted to do it,” Stuckelman said. “It’s not something that’s been seen in the theater community.”

Large parts of the budget are going toward the rights to produce “Little Shop of Horrors,” which can cost up to $250 per show, and the structures that will stretch across the store to hang lights on. If any money is left over from the budget, the remainder will be donated back to Bool’s, Stuckelman said.

Scenic designer Corey Field is a designer from MacKenzie-Childs, a manufacturer of ceramics and other houseware products based in Aurora, New York. Field is developing the set for the production, working in conjunction with the store. Field is designing special siding for Bool’s that attempts to make the building look more rustic, incorporating paneled–wood textures into the walls at the shop. Culver-Foss said she plans to keep these designs on the walls after the show closes,.

Due to the challenging nature of site-specific productions, senior Alisar Awwad has her work cut out for her as director. Awwad’s main task is planning the movements of the actors to maximize the space they are using inside of the shop.

“Because it is site-specific, people already have an expectation of what Bool’s looks like, and they already have their set memories and experiences that they’ve had in that shop,” Awwad said. “I don’t know what they were, so I don’t know what kind of bias the audience is coming in with.”

Because rehearsals were originally planned to start in February but did not start until late March, Awwad is confident the cast will be ready by opening night April 24.

In the production, there is a set of three characters called the urchins, similar to the choruses in Greek tragedies, who exist to provide hints and insight about the musical to the audience as it goes on, breaking the fourth wall regularly. In “Little Shop of Horrors,” the urchins are specifically women of color, as stated by the official character descriptions by Music Theatre International, a company which designates how productions that it leases out should be run and cast.

Being cast as one of the urchins in the musical was especially important to sophomore Courtney Long, who identifies with the urchins’ struggles of not being heard, a problem people of color often experience in a world built on white supremacy. 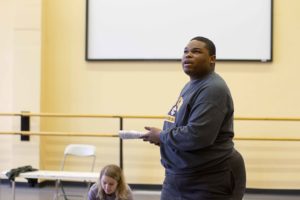 “I feel like, as an urchin, it’s frustrating for me to not have my point come across from these characters,” Long said. “People are not listening to them because they are women of color, and people didn’t respect women of color during that age.”

Because the musical is not taking place in a traditional theater, seating is limited to 23 seats for each viewing. General admission tickets will cost $35, and student tickets will be discounted to $15 if they are bought at Bool’s an hour before each show. Due to high ticket sales, the length of the show’s run has been increased from an original six performances to nine, junior Sushma Saha, who plays Crystal, said. The remaining tickets can be purchased at Bool’s as part of the student rushes an hour before each show or through their email located on the website.

“We sold out in five minutes,” Saha said. “They reserved a few seats per performance for student rush because a lot of kids — from Dillingham especially — want to come see it.”

When it comes to “Little Shop of Horrors,” the main attraction is almost always Audrey II, the massive, anthropomorphic, man-eating plant that the story revolves around. In many performances, Audrey II’s likeness is that of a puppet. Stuckelman said that Audrey II’s being cast as a woman is highly important and that he would prefer to keep Audrey II’s appearance a secret until opening night in order to keep the suspense high, possibly hinting that the iconic character will take on an unconventional appearance.

Sophomore Tanner George, an understudy for the male characters, has already been in another “Little Shop of Horrors” production back in his hometown and said he could not pass up the opportunity to act in it again.

“Just being in it and knowing the show as well as I do, I would love for the chance to do it again,” George said. “Having the ability to do the show again — especially in this one of a kind production — is just a thrilling experience.”