Students to model fashion from around the world 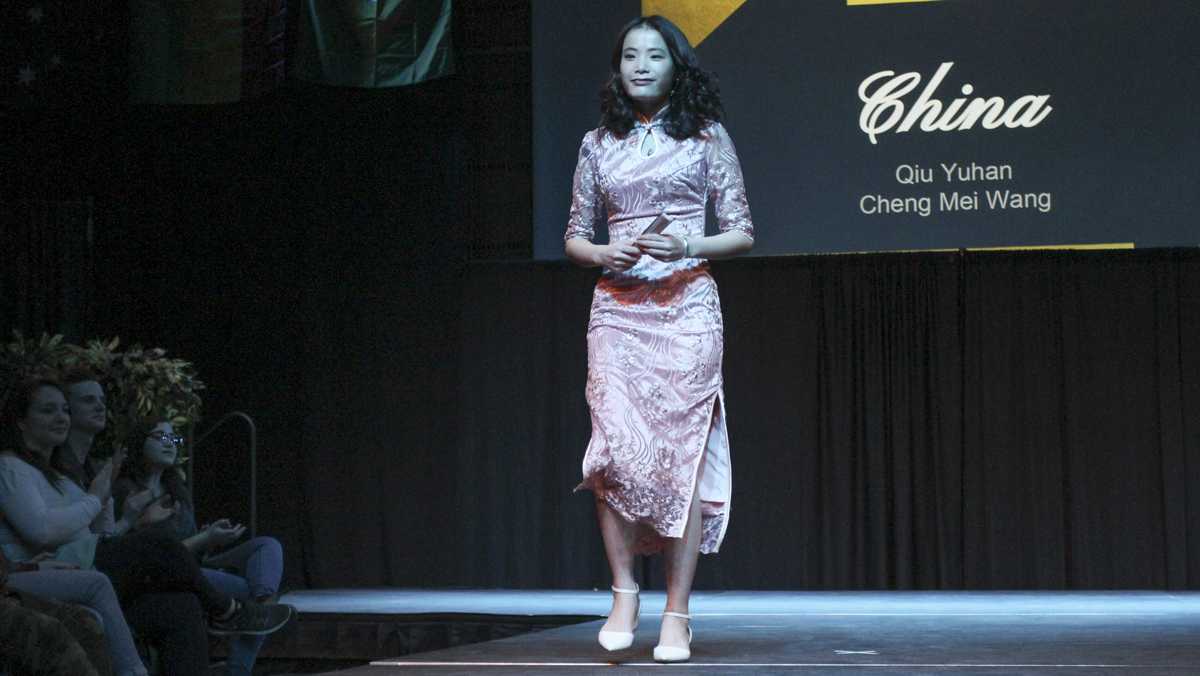 “People get really excited about coming out to this event,” Yú-Martzen said. “It’s a place for us to honor our culture.”

ICIC will host this year’s Interfashional Night at 7:30 p.m. March 6 in the Emerson Suites. The theme for this year’s event is “Colors of the World.”

Interfashional Night will feature the home countries of international students who are currently studying at the college, all of which will represent regions like Southeast Asia, South Asia, Asia, the Middle East, South America and the Caribbean. Sophomore international student Stuti Singh is the public relations chair for ICIC. She will be modeling clothes from her home country, Nepal. For this year’s “Colors of the World” themed celebration, Singh will be wearing traditional attire that promotes the appreciation of culture.

“It is a platform to bond with my fellow international students, share our cultures, different kinds of designs and fabrics that we use and share our stories and experiences — it’s an exchanging of culture,” Singh said. “Every year, we bring new and interesting topics or information about certain parts of the world through our clothing.”

The fashion show will be split up into segments based on region. It will feature 20–30 models representing 18 countries.

Sophomore Karla Pale, an international student from Veracruz, Mexico, will also be modeling. Pale said the dress she will wear represents the state of Veracruz, which is famed for its ancient ruins and traditional ballet. Pale will be wearing a traditional Ballet Folklórico dress, a long, white dress detailed with flowers. Along with the dresses, traditional Mexican dancers do their makeup, wield fans, wear long necklaces and wear their hair in braids. Ballet Folklórico, which regained popularity in the early 1950s, is known for promoting Mexican nationalism, individual liberty and ethnic diversity. These clothes are typically worn during performances for Mexico’s Cinco de Mayo celebration.

“For me, Interfashional Night means to show another side of my country,” Pale said. “I just want to show that there is not one specific culture, there is not one specific kind of clothing — there’s actually more to that. To summarize it, Interfashional Night is my opportunity to show that there’s more to what the stereotypes say.”

Interfashional Night simultaneously provides a space for international students to express themselves and fight against stereotypes about certain cultures. For Pale, she has the opportunity to share a more individualistic part of her culture.

“It’s not just the typical dresses that we see in movies that we see Mexican women wear — there are many different types of clothing,” Pale said.

ICIC hosts many events throughout the year, like One World Culture, which features performances related to various cultures. ICIC also hosted One World Concert in November 2018, a concert which featured musicians based at the college like senior Kyra Skye.

On campus, ICIC recently hosted “Love & Sex Around the World,” an event which students of all backgrounds were invited to come and share their experiences of how sex is talked about in different cultures. It also helped organize the Lunar New Year Celebration on Feb. 17 in the Emerson Suites that featured a wide array of games and performances by students. Yú-Martzen was one of the master of ceremonies for the Lunar New Year Celebration.

The various events hosted by ICIC promote cultural awareness on campus. International students like Yú-Martzen are reminded of home through these evocative presentations of students’ respective cultures.

“Interfashional Night creates a space for international students who may be feeling a variety of other things while they are in another country,” said Yú-Martzen. “Some international students feel very homesick, some of them experience culture shock, some of them experience a distance or a loss of their own culture, and so, giving the space to express themselves allows them to realize who they are and everything they want to be.”

“We don’t want to be limited to Ithaca College because we know [Cornell has] lots and lots of international students, so that has been the goal — to bridge the gap between the two schools,” Singh said.

Singh encouraged both students and faculty to come out to Interfashional Night and show their support for international students at the college. She stressed that everyone is welcome to come and experience various cultures through clothing from around the world.

“I would just encourage everyone to attend the event,” Singh said, “It lasts between two and two and a half hours, but it goes by really fast because so many interesting things are going on.”