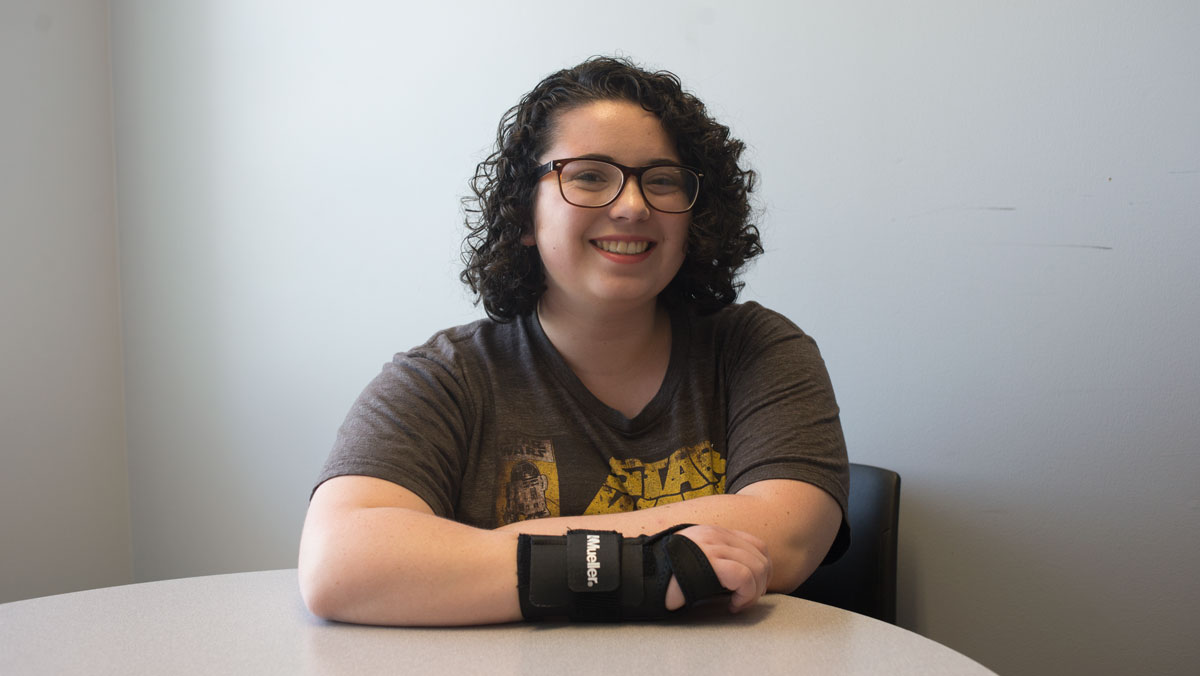 Quirky, obnoxious and unique. These traits create the “manic pixie dream girl” trope that Ithaca College senior Alyssa Rodriguez explored this summer in collaboration with Katharine Kittredge, professor in the Department of English. Rodriguez’s project is funded by her Emerson Humanities Collaboration Award, an annual IC award that provides students with financial support for scholarly projects. Her project looks at modern media that contain characters who exhibit this trope, including “Paper Towns” and “Perks of Being a Wallflower,” and analyzes the quality in which these roles are presented.

Assistant Life and Culture Editor Kate Nalepinski, spoke to Rodriguez to discuss the objective of her research and how it intercepts the issue of gender bias.

Kate Nalepinski: What exactly is this “manic pixie dream girl” trope, and where did it originate?

Alyssa Rodriguez: The director for the film “Elizabethtown” created a character, Claire, and it stemmed from that. The idea of the trope is that these characters are not at all grounded. In reality, they’re obscenely quirky, and you love them to death or you hate them. Their function in every story is basically to advance the plot of the male protagonist. So instead of having their own character or their own story, they have an obnoxious personality that washes out any other characteristic that could be interesting. And they don’t do anything, except for being a love interest to the male protagonist. Usually, their purpose is to bring these male characters out of their malaise and contempt for life and show them a new way to see the world, and all that nonsense.

KN: What are some other examples of the trope that you focused on in your research?

AR: I looked at Margo Roth Spiegelman from “Paper Towns,” which is kind of an alternative type of manic pixie girl. I’m doing a whole presentation about her. I also looked at Sam from “Perks of Being a Wallflower”; Alaska from “Looking for Alaska”; Penny from “Doctor Horrible’s Sing-Along Blog”; Summer from “500 Days of Summer”; and Ramona Flowers from “Scott Pilgrim vs. The World.”

KN: All of the novels and films you referenced are modern pieces. How has the “manic pixie dream girl” trope integrated itself into modern culture?

AR: Arguably, characters from way back were like this. Like, Holly Golightly from “Breakfast at Tiffany’s” and [the protagonist from] “Annie Hall” have been glomped into the same category. Obviously, they’re more complex, but they’re the beginning stages of that. More recently, filmmakers were trying to emulate those iconic characters from back then. Once Nathan Rabin coined the term “manic pixie dream girl,” it took on it’s own meaning, and it became romanticized. It was a good thing to have these quirky characters that would save you from your miserable life. And then, Zooey Deschanel became really popular, and her role in “500 Days of Summer” emphasized the “manic pixie dream girl” trope; more recently, in “New Girl.”

KN: What was the specific objective of your project?

AR: My goal was to understand the trope and question what was going on, ask why it was pervasive, and see if writer’s usage of the trope was well-intentioned or if they’re just projecting their ideals onto these characters. I went in without any thesis or hypothesis. It was kind of like — throw spaghetti against the wall and see what sticks. I just wanted to get a feel of what was going on and then after that create a unifying theory on the “manic pixie dream girl” and her existence.

KN: How is this impacting the gender bias and gender as a whole? Is it dividing gender further?

AR: It does give girls a push to like the atypical stuff, like comics, lipstick and punk music, but at the same time, it’s reinforcing that highly gendered idea. There’s a quote from this book I like, “Appetites,” and it says, “Men eat and women feed.” This is kind of leading into the same idea that men should be pleased, and women are made to please and don’t do anything else. And that’s the same double-edged sword. Some people slam the trope as being incredibly misogynistic, but it also tells females they can be atypically feminine and desired. Also, because men are the primary source of these stories, they can’t conceptualize the misogynistic impact it may have on young readers: girls and boys as a whole.

KN: How do you intend to use this information in the future?


AR: Presently, I’m working on a second draft of a paper that I’m hoping to submit it to several places: The Journal of Popular Culture, and some other children’s literature journals.