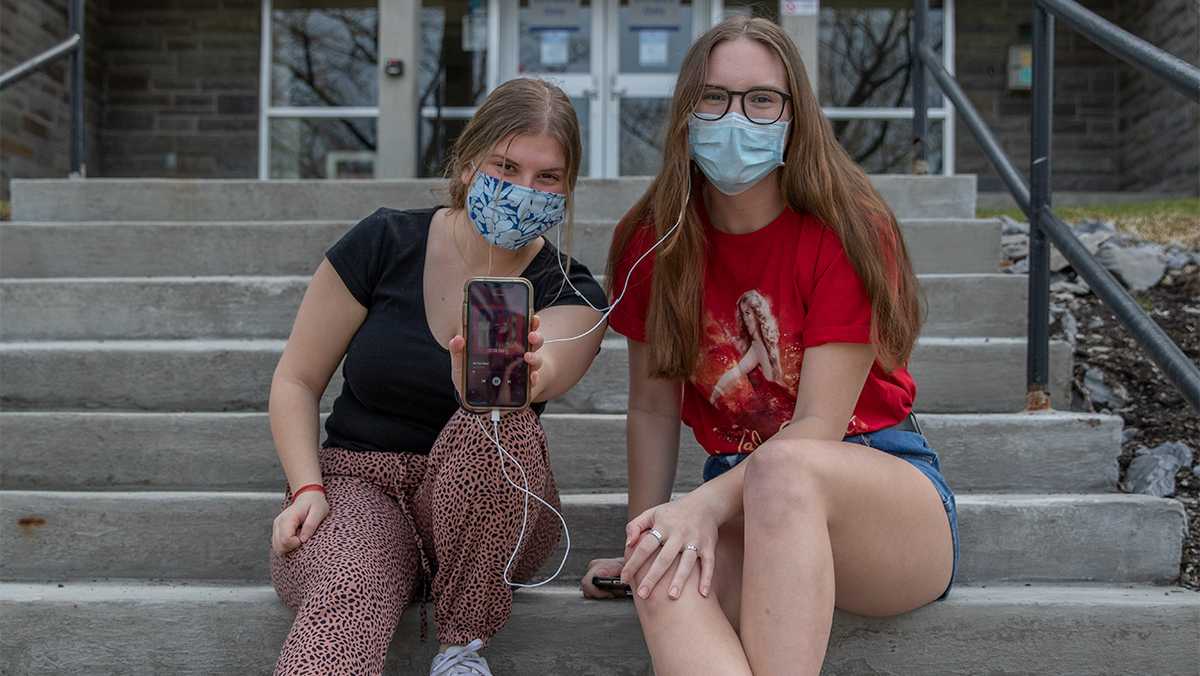 Actually, the old Taylor can come to the phone right now.

From her country romps in 2008’s “Fearless,” to shattering expectations with 2020’s “folklore,” Taylor Swift is known for reinventing her sound while simultaneously transforming her public image.

Swift’s official announcement for “Fearless (Taylor’s Version)” came in a post on her social media Feb. 11. A photo of Swift reminiscent of the original “Fearless” cover was paired with a longer note that comprised a hidden message in capital letters — “APRIL NINTH.” This code mirrors a theme Swift created in her albums’ CD booklets. Within the lyrics, Swift embedded secret phrases that usually detail the song’s theme, including the name of the person the song is about or identifying a place with a connection to the song.

In this case, April 9 is the date of the “Fearless” rerelease. Along with the original track, Swift will include six new songs “From The Vault” that were cut from the original “Fearless.”

The thrill of new music from a long-beloved artist was something Ithaca College freshman Lauren Lubenow said she felt when she read the announcement. “Fearless” was the first album Lubenow listened to by Swift, and in third grade, Lubenow said her mom surprised her with “Fearless” tour tickets.

“I feel like I’ve grown up with her,” Lubenow said.

Swift said in a 2019 interview that as of Nov. 1, 2020, she would legally be able to rerecord her first five albums. While Swift will be able to record everything from “1989” and before, her rerecording of 2017’s “reputation” is likely on hold. Her recording contract likely prohibits her from rerecording until either two years after the end of her agreement or five years after the album’s commercial release, according to Rolling Stone.

Lubenow said that after watching the 2019 interview, she saw conspiracies on TikTok about when the albums would be rereleased. The night before Swift posted about “Fearless (Taylor’s Version),” Lubenow said she saw a video that correctly predicted the next day’s announcement.

“I was listening to ‘Fearless’ on repeat, like summoning it in my mind, and then I woke up in the morning, and I was so excited,” she said. “I literally cried. I was sleeping, so I didn’t want to wake [my roommate] up. I ran around the hallway.”

Freshman Allie Barbaro, Lubenow’s roommate, also sought Easter eggs in Swift’s posts before the “Fearless (Taylor’s Version)” announcement. When the two discovered “Love Story (Taylor’s Version)” was being released at midnight, they decided to listen to it together.

Swift’s reason for rerecording is to regain ownership of her work as its creator, an issue she has voiced her support for in the past. The November date marked the end of a 13-year long deal with her former label Big Machine Label Group, owned by Scott Borchetta. By signing a new contract with Republic Records and Universal Music Group in February 2020, she negotiated control of all her future masters, including 2019’s “Lover” and 2020’s “folklore” and “evermore.”

Now full owner of her music starting with “Lover,” Swift also became the first woman and one of four artists ever to win “Album of The Year” three times at the Grammy Awards. On March 14, Swift joined musicians Stevie Wonder, Frank Sinatra and Paul Simon with her win for “folklore.”

Kyle Davis, second-year graduate student in the physical therapy program, said that when Swift announced the imminent release of “folklore” on July 23, 2020, he had just started listening to her music again. He said that on the drive to work, he listened to the whole album, overwhelmed with excitement by songs like “exile (feat. Bon Iver)” and “betty.”

“Evermore,” the sister album to “folklore,” was another surprise drop from Swift on Dec. 11, 2020. Both “folklore” and “evermore” reach more deeply into intimate acoustic sounds compared to the pop style Swift explored from “1989” to “Lover.”

“She appealed to country fans in the beginning, and then more pop fans, and now, just a whole different avenue of fans in general,” Davis said. “Changing the style of music but remaining true to how she writes and stuff and the way that she interacts with her fans, I think that just got more and more people to like her.”

Sophomore Sammi Frieri, who has been listening to Swift since her debut, said she took inspiration from Swift as a musician herself.

“I love her storytelling,” Frieri said. “The lyrics are so rich … I’m an English major, too, so I always can appreciate a good story and good metaphors … and I always get that from her songs. I feel like they’re never two-dimensional.”