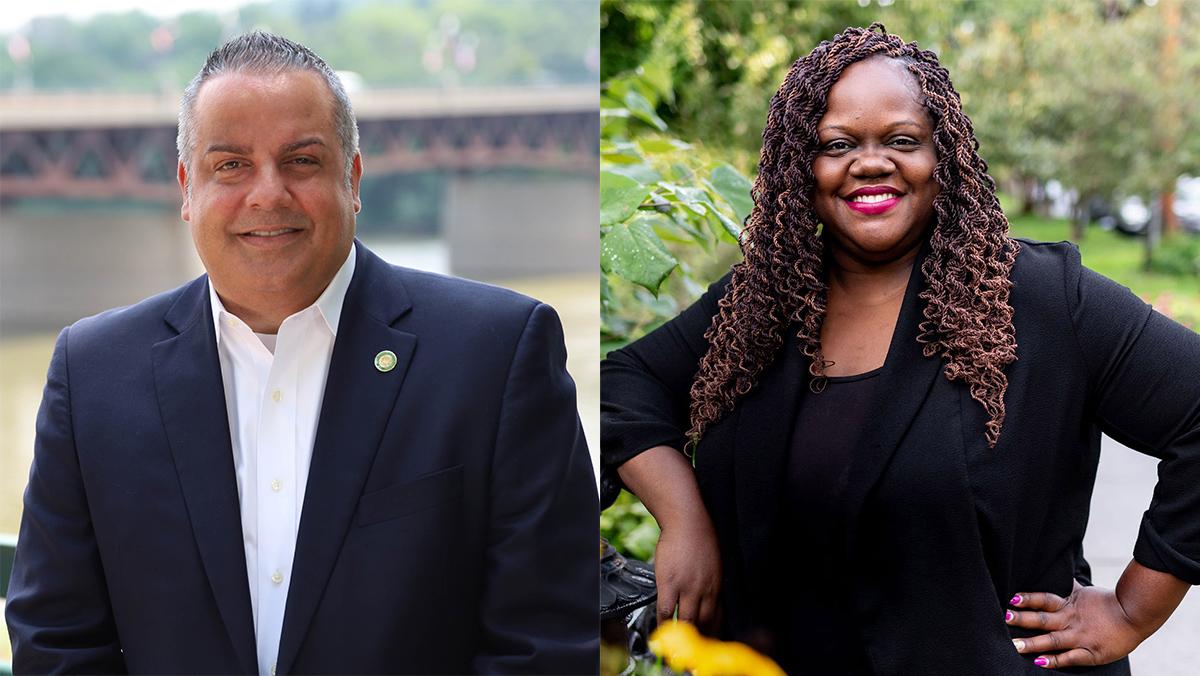 Below is a guide for the 2022 midterm elections, focused on candidates relevant to New York state and Tompkins County.

Kathy Hochul and Antonio Delgado (D): Kathy Hochul is the first female governor of New York and became governor in 2021 when former Governor Andrew Cuomo resigned amid sexual harassment allegations. Hochul previously served as Erie County Clerk from 2007 to 2011, House representative for New York’s 26th Congressional District from 2011 to 2013 and lieutenant governor of New York from 2015 to 2021.

Lieutenant Governor Antonio Delgado is a native New Yorker, former Rhodes scholar and former House representative for New York’s 19th Congressional District. During his time in Congress, Delgado was recognized as a bipartisan lawmaker who worked with both political parties to pass legislation.

Lee Zeldin and Alison Esposito (R): Congressman Lee Zeldin has served New York’s first Congressional District in Eastern Long Island in the House of Representatives since 2014. Zeldin grew up in Suffolk County and was certified as an attorney before he joined the Army ROTC program. Zeldin served in the United States Army for four years and currently serves in the U.S. Army Reserve. Zeldin previously operated his own law firm and represented the third district in the New York State Senate from 2010 to 2014.

Alison Esposito, candidate for lieutenant governor, is the daughter of Michael Esposito, former New York Police Department (NYPD) Chief. Esposito served in the NYPD for 25 years and retired as a deputy inspector in July 2022.

Zeldin plans to protect New York citizens’ freedom by ending the COVID-19 state of emergency and all COVID-19 regulations. He plans to repeal The New York Secure Ammunition and Firearms Enforcement Act of 2013, which imposes an assault weapons ban and requires background checks to buy guns. With his “Students First” Plan, Zeldin hopes to ban curriculum that cover potentially divisive topics such as race.

Zeldin wants to reform the state government and increase transparency by rebuilding the Joint Commission on Public Ethics and creating the Empire State Budget Office to present objective information about proposed legislation.

Riley is running on a platform to give working families a “Square Deal”: he believes that a strong work ethic should grant access to housing, healthcare, comfortable retirement and a place in the middle class. If elected, Riley hopes to create new jobs, increase industry and production in upstate New York, reform healthcare, reduce childhood poverty, codify Roe v. Wade and protect the right to abortion and seek justice for marginalized communities.

Marcus Molinaro (R): Marc Molinaro wants to use his experience in local public service to change Washington’s political landscape. Molinaro has worked as a public servant since 1995, when he became mayor of the Village of Tivoli at 18 years old. Molinaro has served as a member of the Dutchess County Legislature and New York State Assembly and is currently serving as Dutchess County county executive.

If elected, Webb hopes to make New York a sanctuary state for abortion by establishing legal protection for abortion care providers and individuals who travel to have an abortion. She plans to increase access and funding to abortion clinics, particularly in minority communties. Webb also hopes to improve housing in rural communities, transition to green energy, increase wages and childcare and adopt the New York Health Act, which would provide single-payer universal health coverage for all New York citizens.

Rich David has lived in the Binghamton area for over 20 years and served as mayor of Binghamton from 2014 to 2021. As mayor, David decreased property taxes, increased funding for the Binghamton Police Department, expanded community policing and increased children’s programming in parks.

Anna Kelles is a first-term New York State Assembly member who is running for reelection unopposed in New York District 125, which comprises Tompkins County and southwest Cortland County. Kelles was raised in Trumansburg and served on the Tompkins County legislature from 2015-2020 before she was elected to the state assembly in 2020.

Kelles is a certified public health scientist who is passionate about the environment and human rights. Kelles advocates for preserving New York’s natural land, providing access to affordable housing, improving sustainability in farming practices and reforming the criminal justice system.

Maureen Reynolds has worked in the Tompkins County clerk’s office for 29 years and has served as county clerk since 2015. Reynolds is running unopposed and is endorsed by the Democrat and Republican parties.

Derek Osborne is running unopposed for reelection as Tompkins County Sheriff. Osborne worked in the Tompkins County Sheriff’s Office from 2001 to his retirement in 2015 and has served as sheriff since January 2019. Osborne hopes to continue his first term initiatives, especially building trust and relationships with the community, improving fiscal and operational efficiency and providing more training for police officers. Osborne is endorsed by the Democrat and Republican parties.

Laura Lewis was appointed acting mayor of the City of Ithaca following former Mayor Svante Myrick’s departure. Lewis continues to represent the fifth ward on the Ithaca Common Council, a position she has held since 2017, and serves as the chair of the TCAT Board of Directors. Lewis has lived in Ithaca for 40 years and previously worked as the director of Student Services in Cornell’s School of Industrial and Labor Relations. She has served on the Democratic Committees and the Board of Ithaca Neighborhood Housing Services.

Zach Winn grew up in Ithaca and was motivated to run for mayor after observing high amounts of crime, addiction, poverty and homelessness in the City of Ithaca. Winn runs the website ithacacrime.com, which exclusively covers crime in the City of Ithaca. Winn is also active in local protests. According to the Binghamton NPR member station WSKG, Winn held a “Support Ithaca Police Department” rally in March 2021, where he and other protestors burned flags for Black Lives Matter, The People’s Republic of China and Antifa.

Democrat Josh Riley and Republican Marc Molinaro are running for congressional representative of the 19th district of New York. Following the 2020 census and redistricting process, Tompkins County, which was formerly part of the 23rd district, will be included in the 19th district. The current representative for the 23rd district, Republican Joe Sempolinski, is not running for reelection.

The Politico Forecast 2022 lists the race as a toss-up, one of 27 House races that do not have a clear frontrunner. The outcome of the midterm elections will determine if Democrats retain control of the House or if Republicans gain the majority. Currently, New York has eight Republican representatives and 19 Democrat representatives. Redistricting could change the majority political affiliation in each district and change the party elected to House seats.

There are three candidates running for mayor to finish the last year of former mayor Svante Myrick’s term. Myrick stepped down Feb. 6 to become the executive director of think tank People for the American Way. The winner of the election will determine how current initiatives like Ithaca’s Green New Deal and Reimagining Public Safety are executed. They also will lead the response to issues like affordable housing and economic recovery from the pandemic.

Editorial: Students should plan ahead during voting season