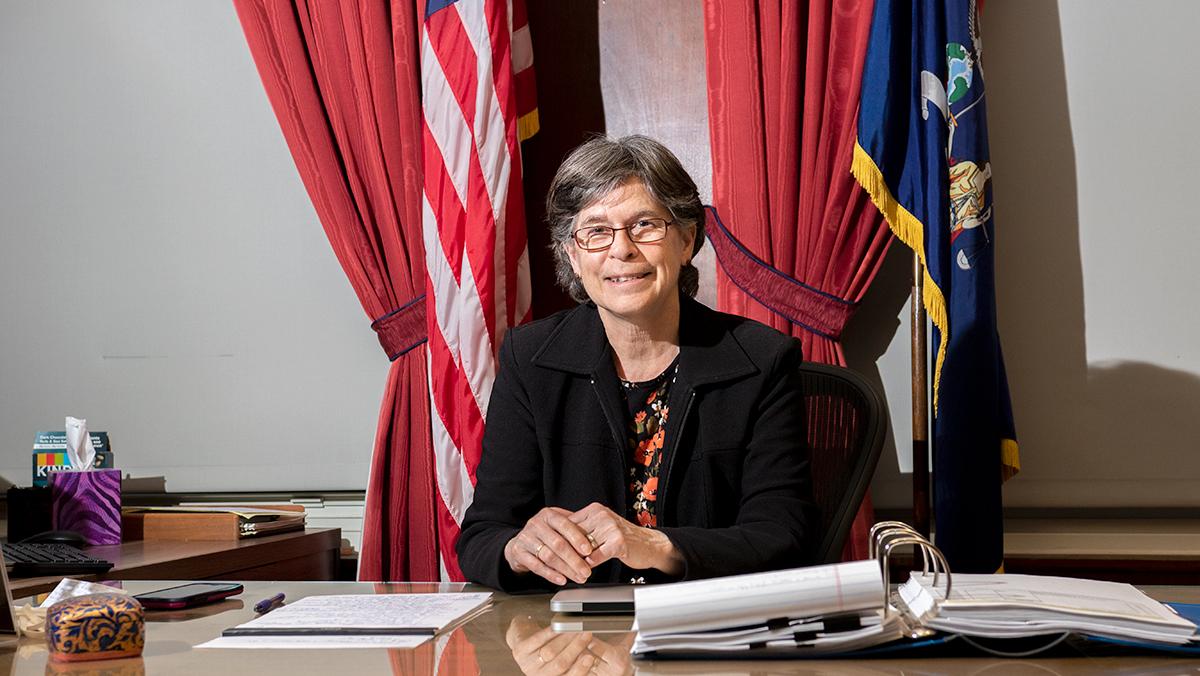 Local government officials in the City of Ithaca are confident that the community initiatives started by former mayor Svante Myrick will continue following his Feb. 6 resignation.

Myrick resigned after 10 years as mayor and assigned Common Council Representative Laura Lewis as acting mayor. In addition to her new mayoral position, Lewis will be retaining her vote and seat on the Common Council as the Fifth Ward alderperson until the next election. Lewis has confirmed she will be running as a candidate in the November 2022 general election and has expressed her support for affordable housing, the Ithaca Green New Deal and the Reimagining Public Safety initiative.

The Ithaca Green New Deal was adopted by the Common Council in June 2019 and has two goals: achieve carbon-neutrality community wide by 2030 and to ensure benefits are shared among all local communities to reduce historical social and economic inequalities, according to the City of Ithaca.

While Myrick initiated a number of local efforts like Reimagining Public Safety and the Ithaca Green New Deal, Lewis said the Common Council had to approve and endorse those efforts.

“There’s been budgetary support behind initiatives that may have stemmed initially from Mayor Myrick, but these are initiatives that have my full support, and that most certainly are continuing with city staff and Common Council effort,” Lewis said.

Lewis said she thinks it is important for there to be support and protection for renters and tenants as well as support for a higher degree of home ownership. Within the city, 74% of households are renters and the average cost of renting a home in the city increased from $529 in 2000 to $823 in 2012, according to reports from Tompkins County. The City of Ithaca is a college town populated by students from Cornell University and Ithaca College, and a total of about 15,000 students live off campus in Tompkins County. These expenses do not account for other housing costs like heating, and lower-income residents are being displaced as a result.

“We need more housing,” Lewis said. “We certainly need more affordable housing … and actually housing at all price points so that we have a vibrant downtown with a mix of people.”

Lewis will only serve until the November 2022 general election. The successful candidate will then finish out the remaining year of what would have been Myrick’s four-year term and there will be another election at the end of 2023 for the next full term.

Siobhan Hull is the Ithaca hub coordinator for the Sunrise Movement, an organization that advocates for political action on climate change. Hull said the Ithaca Green New Deal needs someone to be an advocate for the program like Myrick was.

Despite her concerns, Hull said Myrick’s resignation creates an opportunity for a new generation of climate conscious people to occupy his position and push for even more change than he created.

Nguyen is another council member who feels strongly about the importance of housing. He said he wants the city to pass Good Cause Eviction legislation, which would grant tenants certain protections like restrictions on large rent hikes. Land-use reform is another angle Nguyen said he is a big proponent of, especially Middle Missing Housing. Middle Missing is a recent initiative that confronts the issue of the market gap in urban areas through a range of multi-unit or clustered housing types.

“Even after some of those very successful efforts at increasing housing supply, especially affordable housing, we still have a ways to go,” Nyugen said. “Which to me, means allowing for … ways to make the city tastefully denser and affordable and inclusionary for all people.”

Sophomore Nick Viggiani, Class of 2024 senator for the Student Governance Council at Ithaca College, said he thinks there may be some lull in progress on local initiatives while Lewis begins her role but that no drastic change in policies will result from Myrick’s resignation. Looking into the future, Viggiani said he hopes Lewis will prioritize affordable housing.

“As a college student I consider living off campus and I feel like getting affordable housing is really key,” Viggiani said. “It would be really beneficial for a large demographic. There are people who live in the town who also have to deal with those landlords so I’d love to see it for Ithaca as a whole.”

Cynthia Brock, First Ward representative since 2011, said the support of initiatives and how they proceed is very much dependent on council members and that is always changing. A recent election took place and five new members were sworn in.

“Every time a council changes, of course that council has a new voice in how programs that were started previously will continue,” Brock said. “It’s hard to tell what the future may bring.”