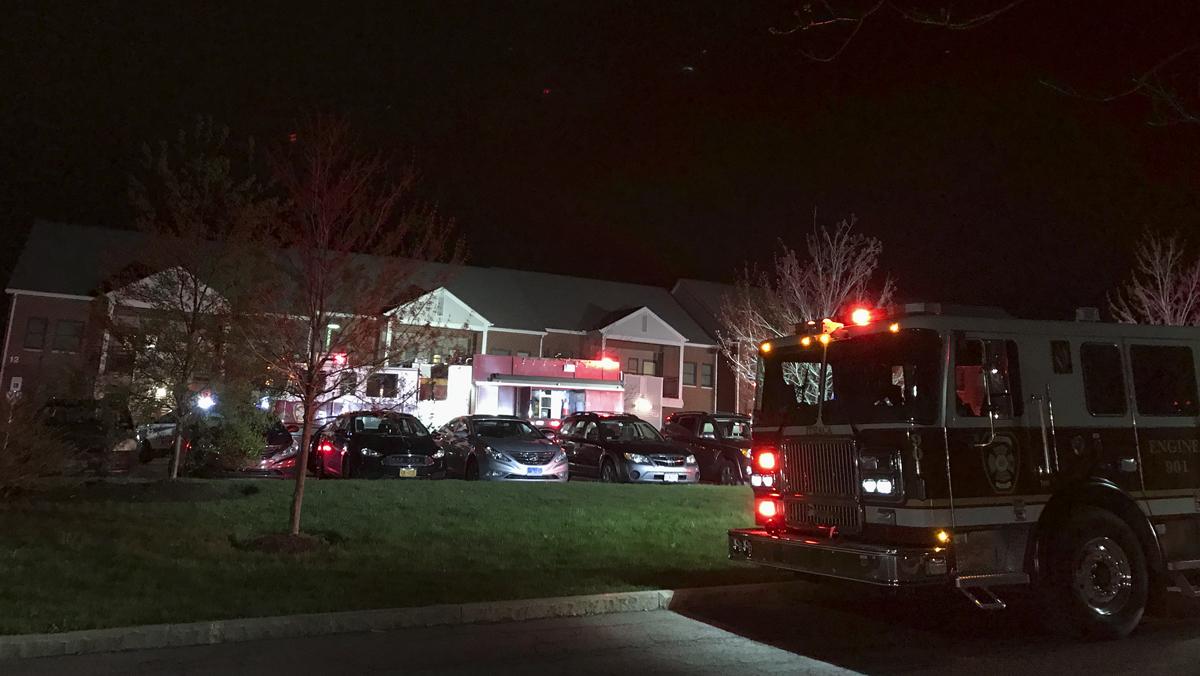 Kristen Harrison/The Ithacan
The Ithaca Fire Department extinguished the fire the night of April 27. The cause of the fire was an electrical problem in the air conditioning unit installed in the room.
By Madison Fernandez — News Editor
Published: April 28, 2019

Ithaca College Office of Public Safety and Emergency Management Officers and the Ithaca Fire Department responded to a fire in Circle Apartment 12 April 27.

Tom Dunn, associate director of the Office of Public Safety and Emergency Management, said Public Safety officers responded to a fire in a bedroom in Circle Apartment 12 around 11:40 p.m. The cause of the fire was an electrical problem in the air conditioning unit installed in the room. According to a Facebook post from the Ithaca Fire Department, the apartment was full of smoke and the sprinklers in the apartment kept the burn under control until the department extinguished the fire.

Dunn said no one was injured. Residents in the surrounding apartments were able to reoccupy their apartments at around 1:20 a.m.

The three students living in Circle Apartment 12 are not yet able to move back into the apartment because of the water and smoke damage to carpeting and personal property. Facilities staff is assessing the extent of the damage and do not yet know when the residents of the affected apartment can re-enter. Dunn said the residents opted to find their own temporary accommodations, but that the Office of Residential Life is also working to provide alternative living arrangements for the students.