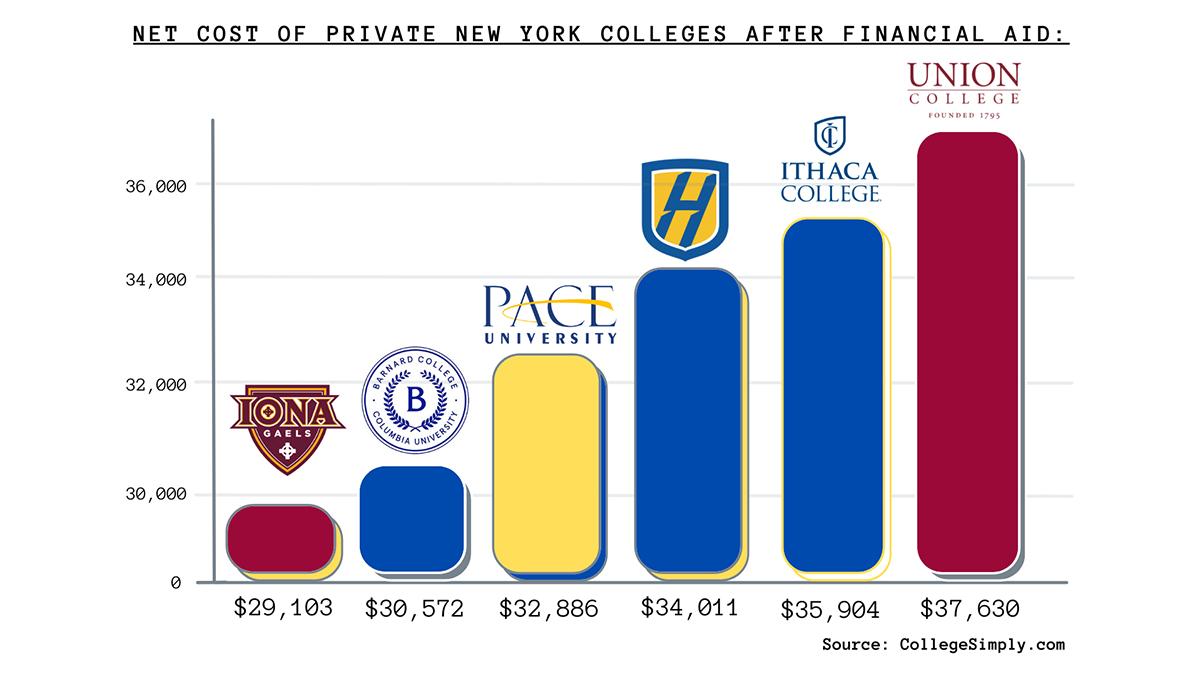 Briana Tovar/The Ithacan
After a record 3.35% tuition increase for the 2022–23 school year, Ithaca College has become one of the most expensive liberal arts colleges in the state.
By Elijah de Castro — News Editor
Published: February 23, 2022

After the Ithaca College Board of Trustees raised the price of tuition by 3.25% for the 2022–23 school year, sophomore Bianca Sessegolo called it quits and decided to transfer to Rutgers University, where she will save money from in-state tuition, in comparison to what she currently pays at Ithaca College.

“[At Ithaca College], I’m paying pretty much entirely in loans in my name or in my parents’ name,” Sessegolo said. “Especially since I’m a first-gen student going into college, we didn’t know how to do any of it or how it works, especially in this country … I don’t know anybody who’s not at least a little bit concerned about their financial future.”

Out of the college’s $65,527 annual cost of attendance, $46,610 is for tuition. While the college’s tuition is $8,425 higher than the average $38,185 price tag for American private colleges, the issue is not unique to the college. America is now the most expensive place to go to college on the planet, with Americans now carrying a collective $1.86 trillion in student debt.

During the 2020 presidential election cycle, candidates Bernie Sanders and Elizabeth Warren popularized the idea of canceling federal student loan debt. Then-candidate Joe Biden joined Sanders and Warren and pledged to wipe out $50,000 in debt for students from families making less than $125,000 and $10,000 for all students.

In six figures of debt and three months away from his graduation, senior Will Hugonnet remembers when Biden — his preferred presidential candidate — made this pledge while on the campaign trail. Over one year into his presidency, Biden has still not fulfilled this pledge and has publicly refused to cancel the amount promised.

“If they [the Biden administration] can just shell out so much money to other things like the military, why can’t they take a little bit of that and put it back into educational funding?” Hugonnet said.

Under the Higher Education Act, Biden has the ability to cancel student debt through an executive order, which would not require action by Congress. Biden has already used his executive powers to extend the pause on student loan repayments that began under former President Donald Trump as a response to the economic fallout of the COVID-19 pandemic. Canceling student debt could create up to 1.5 million new jobs, reduce unemployment and increase economic opportunity, according to EducationData.org.

William Kolberg, associate professor in the Department of Economics, said one of the reasons the cost of college has increased so significantly for American students in recent years is because college administrations have increased spending in order to create new programs, buildings and services that attract prospective students. Kolberg said that at the college, some of these services — like Information Technology and Center for Counseling and Psychiatric Services — offer benefits to students, but raise spending levels significantly.

A report by the American Council for Trustees and Alumni found that spending on student services at private colleges increased 32% between 2010 and 2018, higher than increases on administration and instruction spending for the same time period.

“They’re looking around and seeing these other schools that have all this stuff,” Kolberg said. “They’re worried the students are going to go to another school. It’s kind of like an arms race. Every college has to beef up because they’re worried about the other [colleges] beefing up.”

While 92% of students at the college receive some form of financial aid, its endowment — which brings in revenue for the college’s financial aid — is declining. A 2021 audit of the endowments of U.S. and Canadian institutions by the National Association of College and University Business Officers found that between the fiscal year 2019 and 2020, Ithaca College’s endowment went from $347 million to $337 million, a 2.91% loss. The audit found that other small New York colleges like Potsdam, Clarkson University and Alfred University had endowment declines between 1–5%. 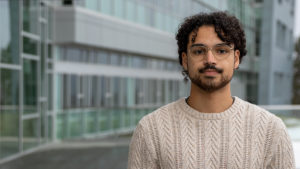 Senior Will Hugonnet has been pushed deeper and deeper into debt throughout his time at Ithaca College. Photo credit: Thomas Kerrigan

Junior Adam Coe said he was only able to attend the college because of scholarships and financial aid. In the past three years he has had to take out loans each year and is splitting the costs of tuition and housing with his parents.

“I am in debt like most students, thankfully I’m not into too much debt,” Coe said. “I would not be able to afford the school if it was not for my scholarships and the financial aid I received.”

“These increases as well as those from recent years have been conservative within our comparative set of schools, while maintaining investments in the human and capital resources needed to ensure that our students are provided with the best possible learning environment,” the post read.

Kolberg said potential solutions for the student debt crisis besides canceling debt could be putting a cap on interest rates on student loans. Depending on what level of education, the Department of Education’s student loans have interest rates of 3.73–6.28% at a fixed rate. This means that the interest rate of the loan stays at the same rate for the duration of repayment.

However, some students like Hugonnet have to take out private student loans, which have variable rates. This means the interest rate of the loan can change throughout repayment. The average interest rate on private student loans can be anywhere from 0.94 – 11.98%, depending on the loan company and the borrower’s credit score. Loans with high risk of repayment failure are called subprime loans, which are commonly distributed by private lenders. This can put students with lower credit scores at risk of predatory lending, as subprime loans are more difficult to repay.

“You have to watch out for predatory businesses that are going to try to take advantage of this situation,” Kolberg said. “Those are the ones that are going to go ‘Oh, you couldn’t get a loan anywhere else? I can give you a loan.’ Then you look at the interest rate and it is crazy. Some sort of cap on interest rates needs to be done to protect students in a pretty scary market.”

Buried deep in the college’s Student Financial Services website, three private student loan companies are recommended for students  — Citizens Bank, Discover and Sallie Mae. All three of these corporations have reached settlements with the U.S. government after using illegal banking practices like fraud and predatory lending. Sallie Mae’s loan servicing operation is carried out by Navient, one of the most profitable private student loan companies in America. In a January 2022 settlement, Navient canceled $1.9 billion in student loans after it was alleged that the corporation intentionally lent subprime loans it knew would fail to American college students.

Matthew Ford, the senior corporate communications specialist for Navient, said the company denies criminal wrongdoing and that the company has long advocated to change the student loan system.

“We have offered many options for student loan borrowers during the pandemic,” Ford said via email. “Navient recently announced an agreement with a number of state attorneys general to resolve legal matters. We expressly denied violating any law, including consumer-protection laws, or causing borrower harm.”

Despite being prey for private student loan companies, most of the college’s students who take out loans do so through the Department of Education’s loan department. While Biden has chipped away and canceled some outstanding student loans that are owed, students like Hugonnet will be buried in both public and private debt after graduation.

“It’s really stressful,” Hugonnet said. “I don’t like thinking about it … I know you can defer them until you’re working, so I think I have one more year before I have to get started [paying]. But it’s daunting because you get out of school and you get a very basic, entry-level job, which doesn’t pay that much as is.”