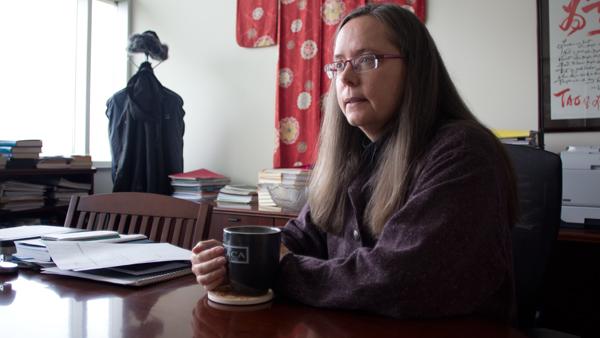 Mounted frustration at Ithaca College with the speed of the implementation of IC 20/20 has brought forth questions about how Middle States, Ithaca College’s regional accreditor, is linked to new curriculum deadlines.

Elma Gonzalez: What is our relationship to Middle States?

Carol Henderson: There are a number of regions around the U.S., and those are voluntary associations formed by colleges and universities to monitor quality and conformance to a certain set of standards to ensure that students are getting good service from colleges and that we are meeting quality standards across the whole country. Institutions of higher education that want their students to have access to federal financial aid, student loans, grants, that kind of thing, need to comply with those standards and be accredited through those regional accreditors. So that’s in the bigger picture, our general relationship to Middle States. They are our regional accreditor.

The reason that we place such high importance on working with them is yes, we are always concerned about quality, we want to have a high quality experience here, and the external peer review is valuable, but it also provides the college with access to federal funds and students with access to federal funding to support their education. That is really critical for us.

EG: What happened during the last Middle States review, and how does that play into what is happening now?

CH: One of the things that happens in the review process is that every 10 years there is an intensive self-study where the college looks at itself for a year, and then there is a team sent by Middle States. They are volunteers from other institutions of higher education, and they visit the campus, and they read the self-study document. They go across campus and look at evidence and do interviews and basically do everything they can during the visit to measure how well the college is meeting the standards [called Characteristics of Excellence].

One of the things that those teams do is make what is called a set of recommendations, and those are things that the college, if they want to remain regionally accredited, have to address. They call them recommendations, but that is kind of a soft term for a harder thing than it sounds like. So we are not absolutely required to do what they recommend, but we need to address the recommendations in some way. They are generally made in a quite broad form, and that was the case with that visit too.

EG: How does the Integrative Core Curriculum play into all of this?

CH: That is something that they put in their report, and we’re required to address that. They don’t tell us exactly how to do it. If you look at it, it’s pretty broad to “find an educational philosophy for general education” and do this. I’ve only been [at the college] five-six years, but I understand that there is a history of getting recommendations like that and then not actually doing what we were asked to do, so it’s kind of come to the point where if we don’t take action this time, the consequences could be serious.

Every year, the commission puts colleges on warning or suspended status, so we want to avoid anything like that, of course, for Ithaca, because we are perceived as a very high-quality institution, and that would be really unfortunate if we ended up with that kind of a sanction from Middle States.

CH: It is generally accepted as an ordinary practice in higher education, and also part of one of the main points that Middle States stresses in all of its work with colleges and universities is the need for continuous review of what you are doing: assessment and improvement based on assessment. So one of the main ways that colleges achieved that is through the program-review process. We have been very unusual here at Ithaca in that we have had a gap of a number of years where we haven’t been doing program review. Most colleges have a cycle where it’s just like an ordinary part of doing business, and because we have a gap and a number of years where we haven’t been doing it, it kind of is a surprise to some people, and it seems new here, but it’s really not at all a new thing. Other colleges do it on a regular ongoing basis, and it’s just an ordinary part of how colleges do business.

EG: Why have there been “gaps” where we haven’t been doing program review?

CH:  A lot of that is due to turnover in the provost office. We had a couple people who were not in the position very long. As people move in and out and through the provost office, that lack of continuity can result in unintended consequences like that. It’s essentially the provost’s job to make sure that that review keeps happening on a regular basis, and if that job turns over on a fairly short cycle, that makes it really hard to get continuity.

EG: Some faculty are concerned program review may lead to the elimination of programs and positions. Is there ground for that fear?

CH: Well the program review process, as it is practiced all around the whole country, looks at the viability and value of programs. That is what it’s supposed to do: look at the quality of the program and look at its long term sustainability so colleges base decisions on what new programs to add, how to change their programs [and] what programs maybe are not want to be continued into the future.

All those kinds of decisions are based — in part at least — on the program review process. There is a lot of really great information that is generated during a program review. Usually it’s done by the faculty right in their own departments — that is the case here too — and then based on that information that is where the first look happens about the quality and sustainability of a program over time.

It could lead to [the elimination of programs and positions], but it doesn’t necessarily lead to that, and that is not the whole purpose of program review, although that is sometimes the first thing people see — especially when it hasn’t been done for a while, and then we are on a tight budget year, and then that is the year that we happen to restart the program review process. A lot of people have drawn a direct line between the two. That is not really the main reason we would do program review. We do program review because it is a good practice, and otherwise we don’t have that kind of assessment and ability to improve our programs over time that Middle States is expecting.

EG: When do we have our next review, and what needs to be ready by then?

This year, by June 1, we have to turn in a written report that addresses the recommendations that were made in the last team visit, and then it also needs to address a number of other basic issues that the commission asks to have addressed in a periodic review report.

EG: Some faculty are concerned about the pace things are happening. Why is everything happening at this pace?

CH: It is a fairly aggressive schedule of implementation I guess I would say, but I’m a little confused by why it is such a problem, because I am also the person who does curriculum, so I work with the Academic Policies Committee and their curriculum subcommittee, so all their curriculum changes related to IC 20/20 come through that committee, and it looks to me like we’ve gotten everything done pretty much that needs to happen for 2013. I know a lot of people have been working really hard on this — especially faculty members to do the program changes and the new course development, to create all those Ithaca Seminars that every new freshman next fall will be required to take.

I am a little confused by why we are asking the speed question now. I mean a lot of people worked very hard last year, a lot of people worked very hard over the summer, a lot of people worked very hard during the fall, so I can see that people are finding that very stressful, and there will be, through this whole implementation cycle, a lot of work for faculty members. It is more work to do something new than it is to continue doing things the way we have been doing it. I see that people are concerned about the amount of work that they are doing, and it looks to me like, on the speed question, we are accomplishing what we need to in the timeframe that it needs to get done. It isn’t as if Middle States told us you have to do this by the fall of 2013. The accreditation process doesn’t really operate that way. If we don’t do something within the middle of that 10-year cycle, by the time this team comes, we won’t have answered this recommendation fully.

This year is our five-year report, and in another five years we’ll have another visiting team on campus, and by then we need to have something to show them. If we don’t start in the fall of 2013, I mean you can see how the calendar is going to roll out, right? You can’t show that you have done assessment and continuous improvement on your new system of general education if you haven’t implemented it already, and it takes some time to see what those assessment trends are going to be and to show that we’ve made improvements based on assessment. Fall of 2013 is kind of as late as we can implement it if we want to have that assessment cycle happen before the next 10-year visit.

EG: Is there a real concern that we would be denied accreditation? Is that a possibility?

CH: I think it is a possibility. I think it is a pretty small possibility. Ithaca has a long history of very high quality, and it would be unusual for the commission to take a drastic action like that. It is always possible, if we just completely ignore this, if we did nothing, if we just kind of said we don’t care about you guys, and then they came for the 10-year visit, if we fail our five-year report, you know. I mean it would take a lot of major failures on our part for that to happen, but other institutions — very high-quality institutions — have been placed on warning, have been placed on probation, that is possible too. It all depends. There is a group of people, a board, that meets and reviews all of these reports and everybody’s work on their accreditation standards, and if they review our work and they find us falling short, then those actions could happen, and that also would have a serious impact for us because right now, it is like having a AAA credit rating, you know. We are in very good standing with our regional accreditor. That’s an assurance of quality that students and their families would look for, so if that was impinged upon in any way, I think the consequences could be very serious for the college.

EG: What happens if we are on probation?

CH: Then they would give you much more specific recommendations, and they would set up a timetable by which you would have to accomplish them. So you want to avoid that, because you want to be able to chart your own course. That is part of what we are doing with [IC] 20/20, we are taking command of our own future rather than putting ourselves in the position where the commission is going to tell us what our future is going to be.