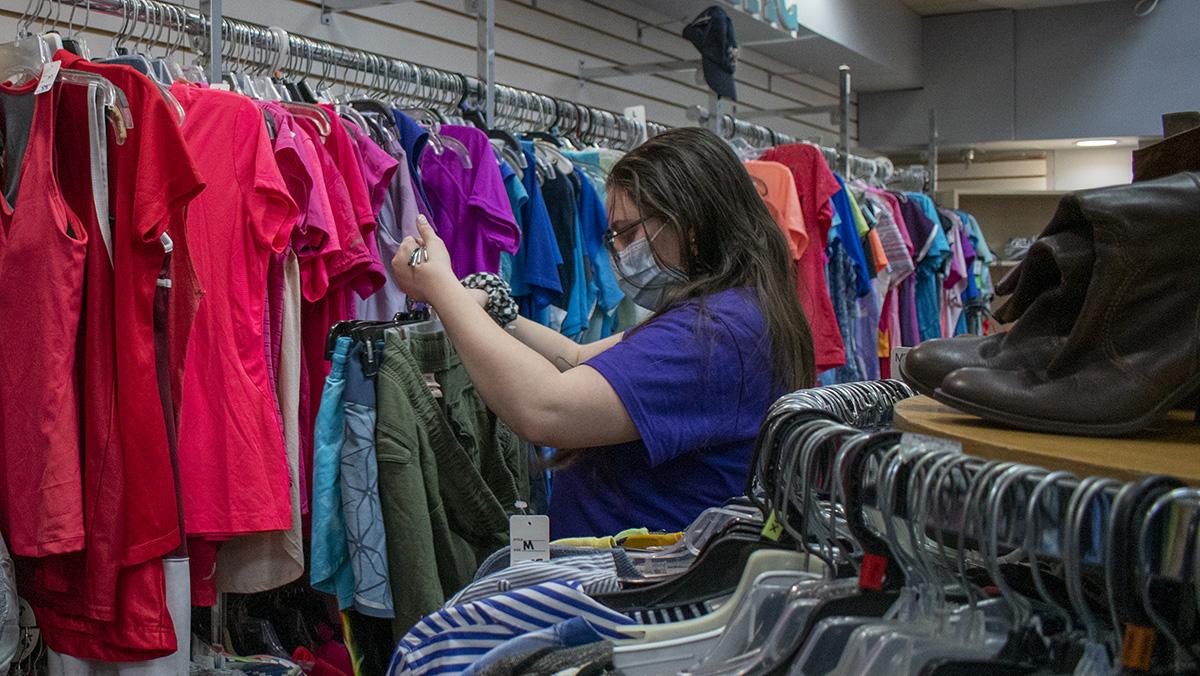 Used-clothing store on The Commons Trader K’s has curated a sense of community for its customers and employees alike over the past 26 years and has become an Ithaca staple. When owners Karen and Jay Sciarabba announced the store’s closing Feb. 15, the news shocked and saddened Ithaca residents.

Karen and Jay Sciarabba opened the store 26 years ago and have been running it since. The owners are well-known to frequent customers, Ithaca College senior Brianna Lowe, a Trader K’s employee, said. They haven’t taken a significant break from running the store in its entire operation.

“There hasn’t been a lot of support from downtown,” Karen Sciarabba said. “All the construction that’s going on has really put a damper, even since they redid the whole Commons.”

The City of Ithaca renovated and reconstructed The Commons between 2009 and 2015, as previously reported by The Ithacan, and construction in the area has continued since. Karen Sciarabba said in recent years, construction of two neighboring buildings have limited Trader K’s ability to take in clothing and supplies as its primary back parking lot collecting space is unusable.

“Our clothing inventory isn’t as large and good as it used to be, and it’s just been really stressful not just with that parking lot but dealing with construction workers,” Karen Sciarabba said. “Everybody comes and goes as they feel because they’re building a new building.”

The used-clothing store occupies over 4,000 square feet on The Commons and had been putting out 500 to 1,000 pieces of clothing daily, according to its website.

Karen Sciarabba said the store’s size drew customers from surrounding towns and communities. She said there was immediate feedback from the community when the store announced its closing.

The secondhand industry has become very popular in recent years, increasing its annual profits by $11 billion between 2020 and 2021, according to the ThreadUp and Global Data’s 2021 Resale report.

Shopping from thrift stores like Trader K’s is likely rising in popularity as an alternative to fast fashion, according to Good On You, an organization that advocates for ethical shopping. By buying second-hand, consumers bypass the use of new resources in the production process.

Paula Turkon, assistant professor in the Department of Environmental Studies and Sciences, said the decision of one person to reduce consumption by buying clothes second-hand has a small impact, but it is important to raise public consciousness.

Turkon said in Ithaca, thrift stores seem especially successful, because people are constantly moving into and out of a college town, generating clothes and other items for donation. Thrift stores like Plato’s Closet, the Salvation Army and the Ithaca ReUse Center will remain but, Turkon said the loss of Trader K’s really shows the changes taking place on The Commons.

“Trader K’s was the first [second-hand store in Ithaca], maybe Salvation Army has always done this, but Trader K’s made it more fashionable,” Turkon said. “Trader K’s was such an icon and I think it’s a trendsetter.”

Lowe said she has been working at the store since her sophomore year and currently works there along with three other Ithaca College students.

“I wanted to start working here sophomore year because I just loved the store, and I loved that it was women-owned and run,” Lowe said. “I feel so lucky to have been part of the Trader K’s legacy and to see it through. I’ve seen a lot of people come and go from Trader K’s, just in the past year I’ve seen at least a dozen people come and go. But the people that I’ve worked with have been some of the nicest people… it’s not even just like a thrift store. It’s a place where bonds are made.”

Junior Kathryn Ksiazek is a journalism major who has written pieces on sustainable fashion and incorporates sustainable fashion into her own life as well. She said she was surprised to hear of the store’s closing because people in Ithaca are generally supportive of environmental sustainability.

There are many local groups and organizations in Ithaca that promote environmental sustainability, including Sunrise Ithaca, the Tompkins County Climate Protection Initiative, Ecovillage Ithaca and many others.

“I think that it’s kind of going to be a bit of a culture shock to not have so many thrift stores, especially for college students,” Ksiazek said. “I feel like one of the first things that I heard coming in here as a freshman was that you’ve got to go to Trader K’s.”