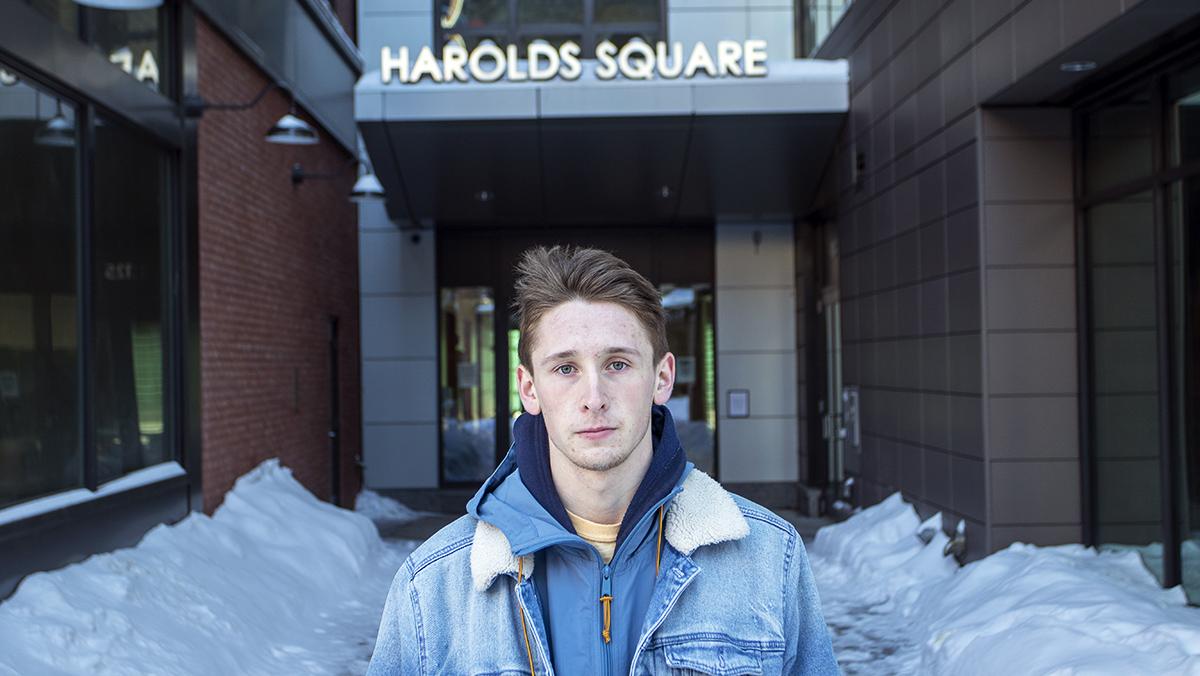 Elijah de Castro/The Ithacan
Spencer Whitmore, who grew up in poverty in the Ithaca area, has noticed the changing scenery and increasing economic stratification of his hometown.
By Elijah de Castro — News Editor
Published: February 9, 2022

After sophomore Spencer Whitmore graduates from Ithaca College, he plans to move to a small town in Washington. Whitmore would rather spend his life in Ithaca, the town where he was born and raised. However, the city’s rising rent, increasing number of upper-class housing developments and declining flavor have made Whitemore and many of the college’s students who are native to Ithaca feel isolated and distant from their home.

“I absolutely love this town,” Whitmore said. “There is nowhere else I want to be. But with this whole process, it’s just not fun to be here anymore.”

The process that Whitmore is referring to is gentrification, where a city or neighborhood gets transformed over time when more affluent residents move in. On paper, gentrification appears to be beneficial — the process brings in temporary jobs, new tax revenue and an increase in housing value. However, gentrification leads to higher rent, changing culture and physical displacement for the residents who are from the area. In Downtown Ithaca, the effects of gentrification can be felt the most in the changing scenery of The Commons. Additionally, gentrification has priced out and displaced lower-income Ithacans — like those living in Ithaca’s south side, a historically Black neighborhood —  into the surrounding areas.

In 2009, the City of Ithaca began a six-year renovation of The Commons, redoing the pavement and infrastructure of the two-block pedestrian mall into something entirely new. In April 2013, the old Commons — an open community walkway with an aging, European-style layout — was destroyed and by 2015 was replaced by a more photogenic, business-friendly space. During this transformation, the median rent in the City of Ithaca quietly increased from $574 per month in 2000 to $1,072 per month in 2020 for a one bedroom apartment, according to The Ithaca Voice. Since 2010, the percentage of Tompkins County renters who are cost burdened — spend more than 30% of their income on housing — has risen to 55%.

Stephen Sweet, Dana professor in the Department of Sociology, said gentrification is an old sociological concept that has been explored in studies of communities and urban environments. Sweet said that while gentrification upfront is an economic issue, its effects can be felt among the networks of a community experiencing it.

“All of a sudden everything becomes more valuable and people start getting priced out,” Sweet said. “And then they no longer fit in the very neighborhoods in which they grew up. … If they don’t lose their own property, what happens is they lose the social connections that tied them to their neighbors. … It’s a twofold economic and social concern.”

Since the reconstruction of The Commons, the downtown area surrounding it has been a construction free-for-all, dominating small businesses that have thrived in the city’s brick–and–mortar buildings for decades. City Centre, The Ithacan: Luxury Living, Harold’s Square and Asteri Ithaca are four major apartment complex business centers on The Commons in different stages of development. Each building has or will have minimalist architecture that towers high above the skyline of the buildings of the old Commons. 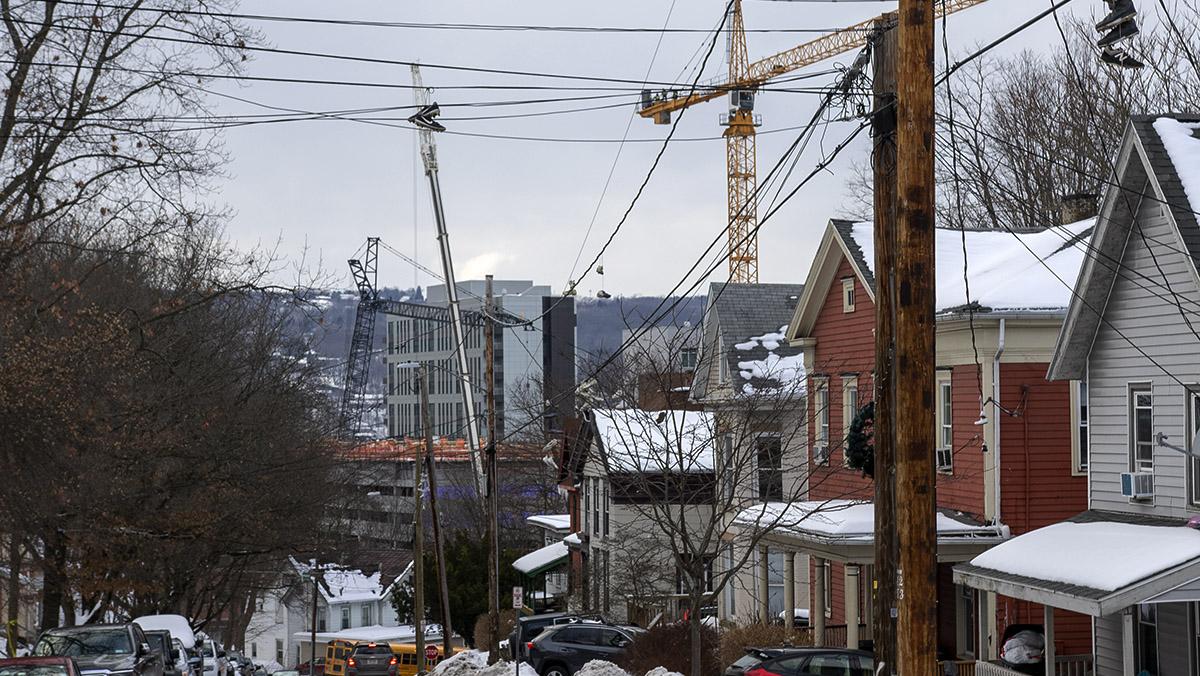 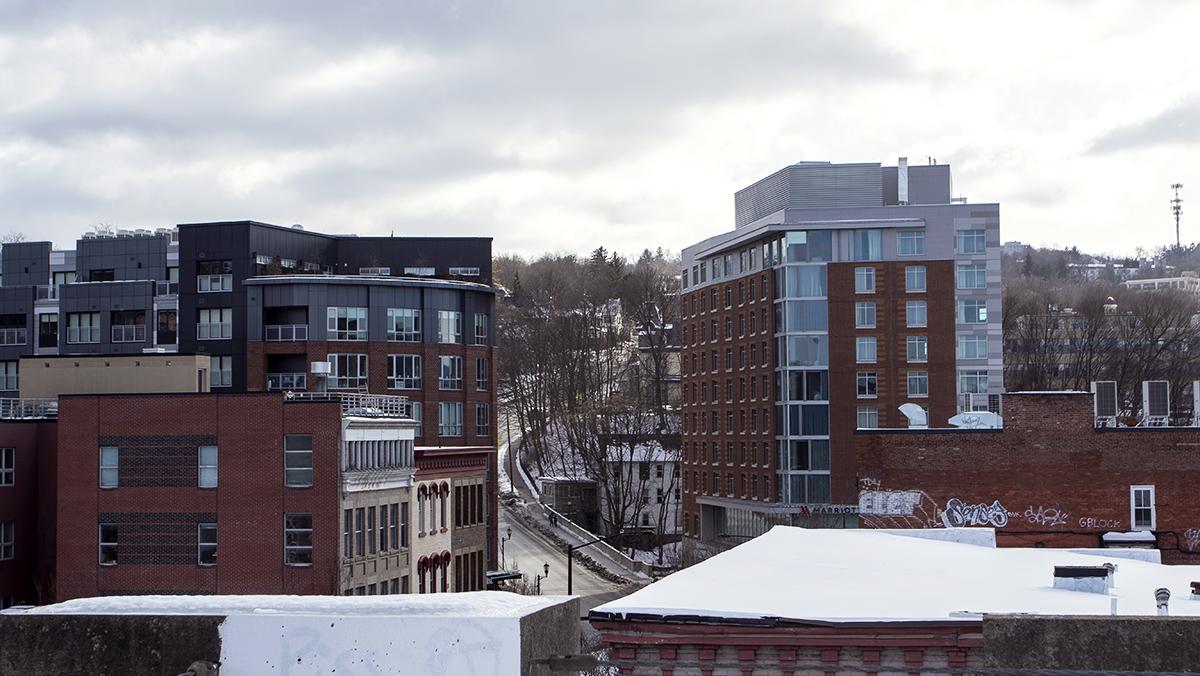 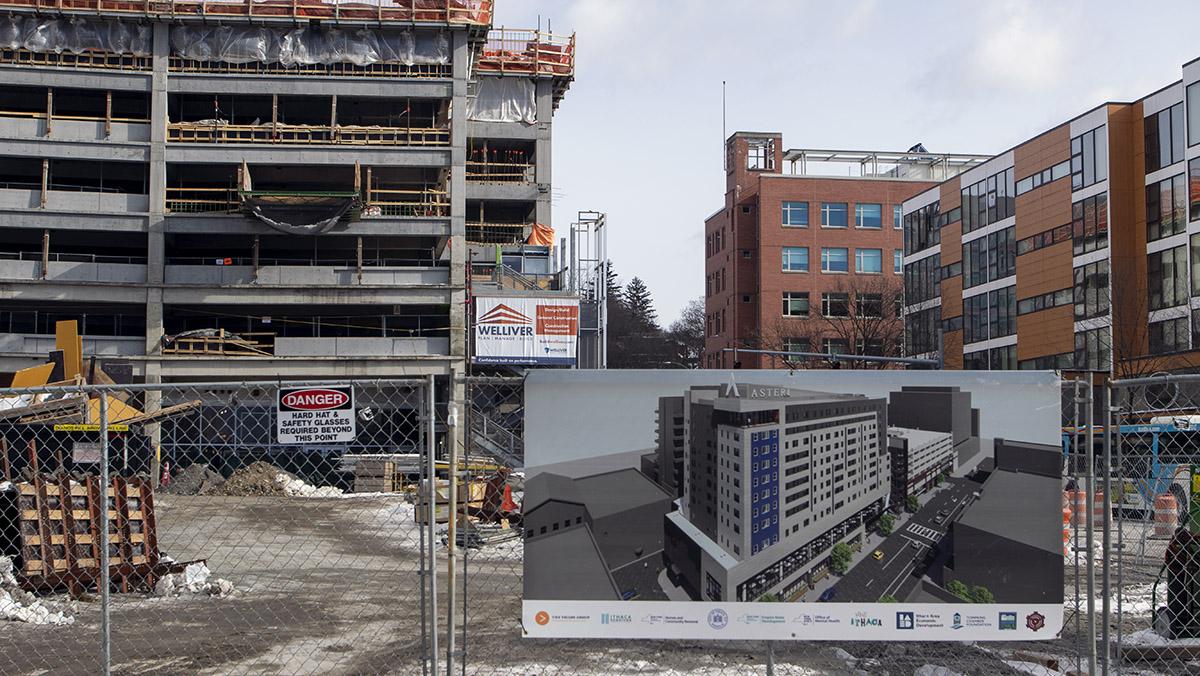 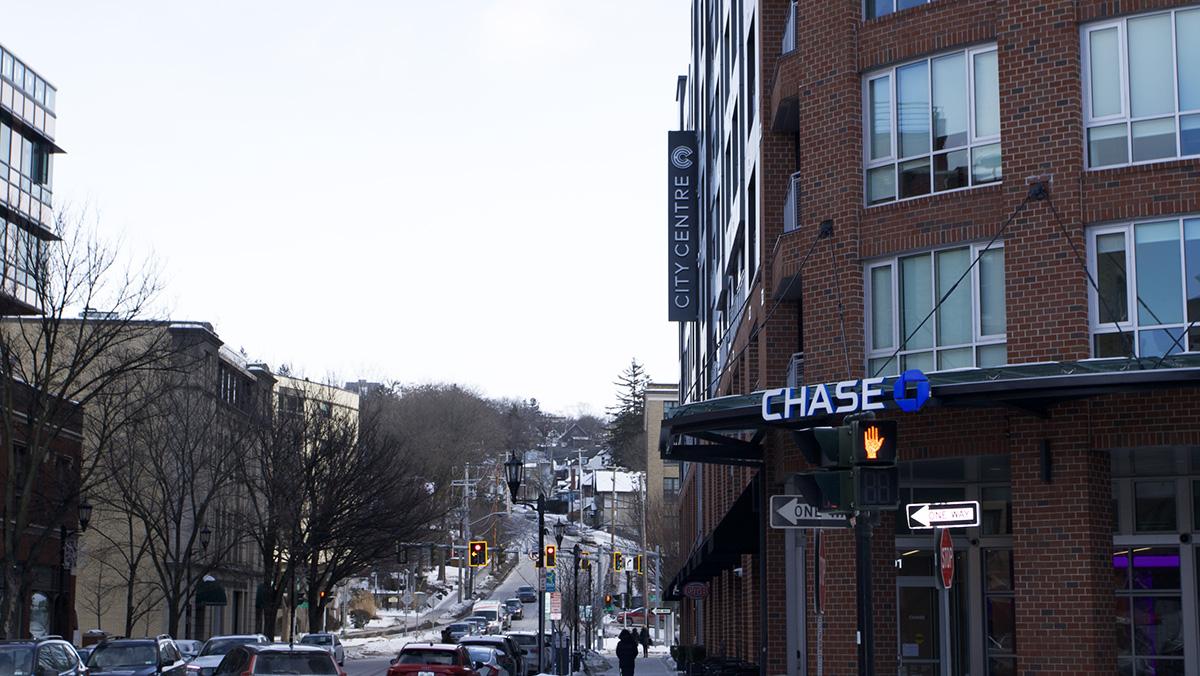 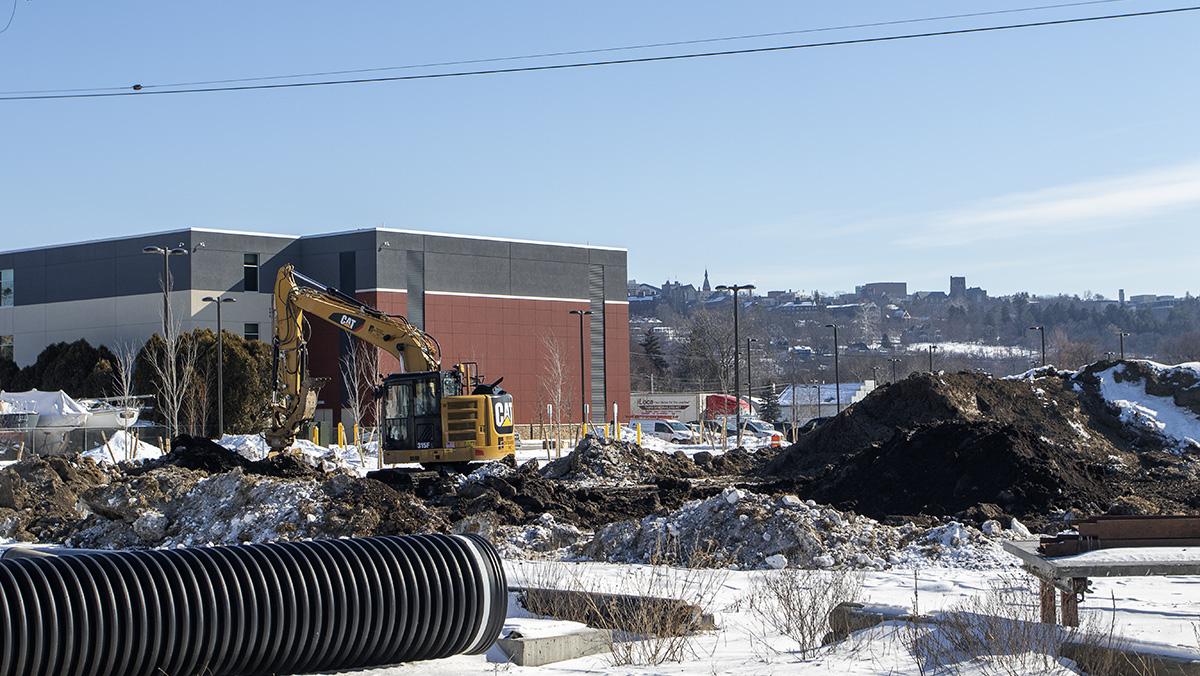 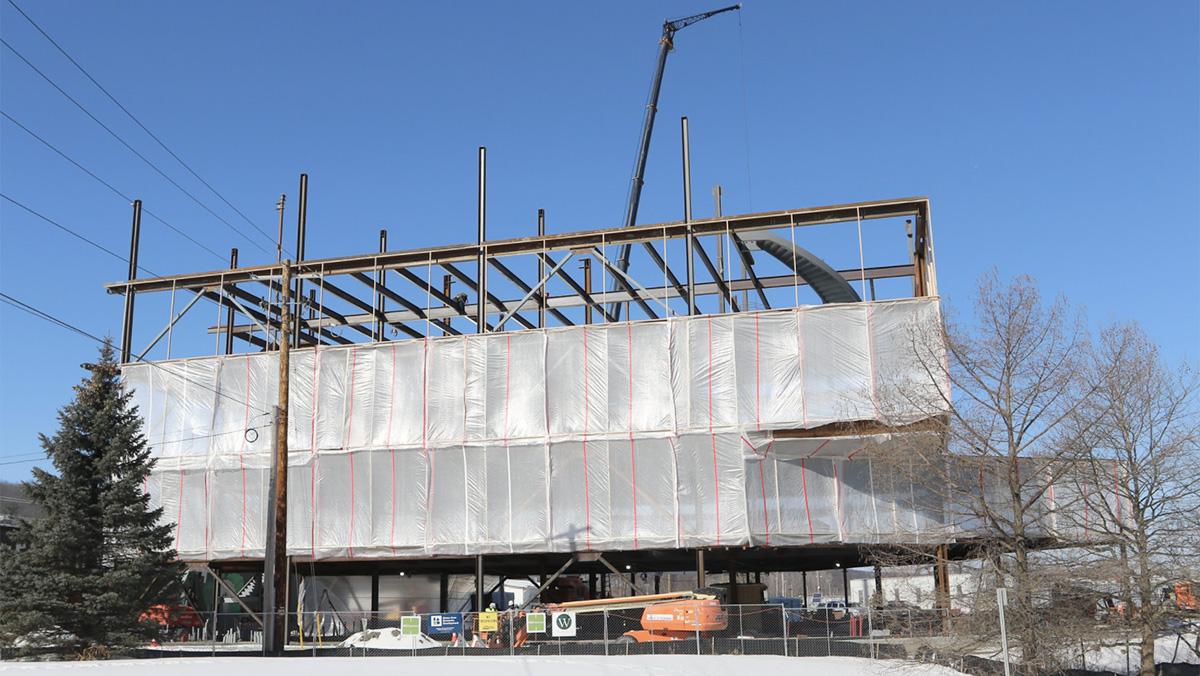 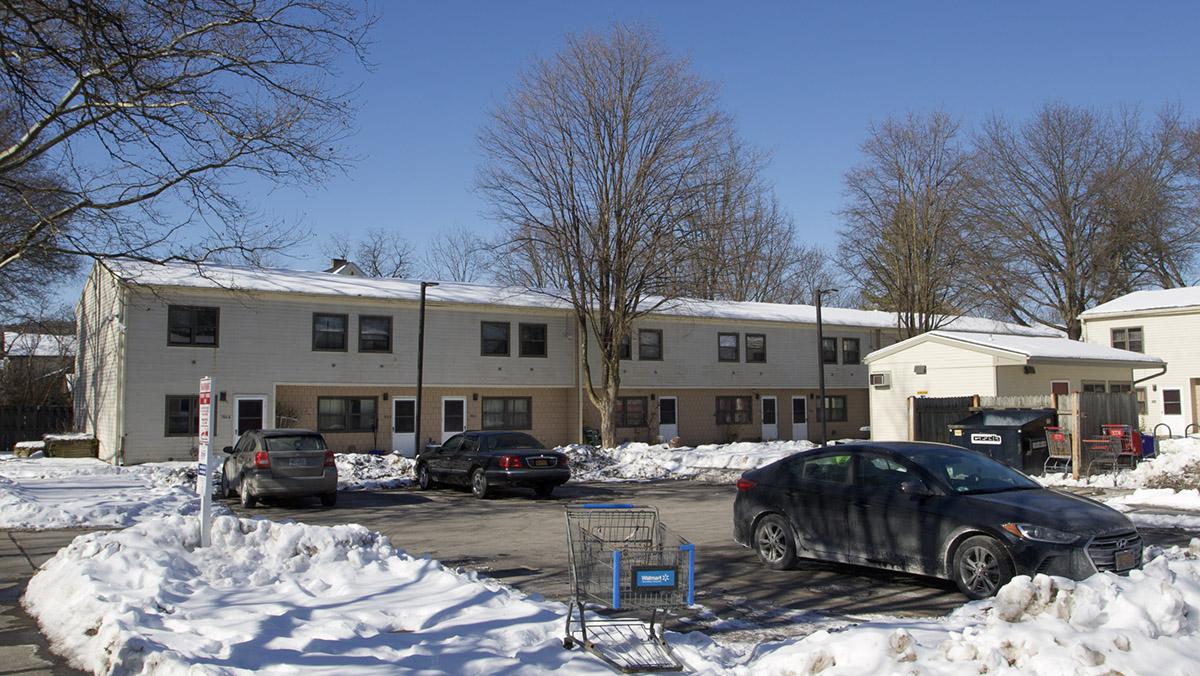 Whitmore said he remembers how when he was a child, The Commons existed as a community space for small businesses and Ithacans. Now, he says, it feels like The Commons has transformed to appeal to those outside the city, like wealthy students at Cornell University and Ithaca College as well as large, profitable businesses.

“It feels like the energy has been sucked out of The Commons,” Whitmore said. “They’re taking away all those little stores that people like to go to and then [there are] those big buildings that just no one has any interest in. [Now] we’re just staying home and not going to what made The Commons feel so special.”

This gentrification is not just limited to The Commons. Throughout Ithaca, other construction projects have been underway in neighborhoods where Ithaca’s families live.

Junior Kalena Yearwood grew up near Dryden but attended Beverly J. Martin Elementary in Downtown Ithaca as a child. Yearwood said she has noticed new developments near her childhood school that she views as out of place for the neighborhood and for the City of Ithaca. She believes Ithaca’s culture and values around environmentalism are put at odds when the city races to construct new buildings.

“For me, it’s kind of sad watching all the buildings come into play, especially since Ithaca has always been advertised as a city in which we value nature and the importance of natural light,” Yearwood said. “Just seeing the way … we prioritize economics and haven’t made this place more economical for families has made me angry.”

In 2019, City Centre was completed, creating eight stories of luxury apartments priced at over $2,000 a month. City Centre also gives a new home to Chase Bank, which manages $3.19 trillion in assets and is the largest bank in America. The bank is two blocks away from Ithaca Neighborhood Housing Services, an affordable housing unit on Ithaca’s south side. Additionally, City Centre absorbed Collegetown Bagels and Ithaca Ale House, which each used to be located in respective brick buildings on Aurora street, next to The Commons.

Freshman Rae Hesler grew up in Ithaca and said the construction of City Centre was happening while she was attending Ithaca High School. Hesler said the conversation among Ithacans at the time was based around a fear of big business influencing a degradation of Ithaca’s character.

“This isn’t Ithaca,” Helser said. “This is so modern. Ithaca has all this old, beautiful architecture. It’s not going to be affordable, and it’s going to obstruct Ithaca. I remember … when they were building [City Centre], it came and it was there and it just really made it real.”

“If we actually look at the history of towns like Ithaca, they are characterized by exclusion, they’re characterized by segregation and you can see that by the racial makeup and distribution within Ithaca,” Sweet said. “I think the big question is whether people have a sense of connection and hope within the community. Not necessarily to the whole community, but to social networks within that community.”

Svante Myrick — Ithaca’s mayor of 10 years — resigned from his position, effective Feb. 6. Councilwoman Laura Lewis has taken over as acting mayor, with an upcoming election for a new mayor slated for November 2022. Yearwood said she hopes that change will come with a new mayor, and the local government can focus on addressing issues facing Ithaca’s families rather than appealing to those who live outside the city. One of these issues is the city’s supply of affordable housing, which is significantly below demand. Although Asteri Ithaca will offer affordable housing units when completed, it will not be enough for Ithacans cost burdened by housing.

“I’m genuinely afraid for Ithaca’s future if I’m being honest,” Yearwood said. “ … We’re just building and building and building. I think this will get out of control. I just don’t think that [all] the building … is going to be helpful for the future of this city. I’m hoping that we can elect a leader who understands the importance of housing but understands that this should not be the only priority.”

When Whitmore moves to Washington, he wants to find a place to live that reminds him of the Ithaca he grew up in. Whitmore said the transformation of Ithaca has become a weekly discussion for his family, with them joking about how Ithaca is trying to become a mini version of New York City.

“I grew up poor always so it [the increase in expensive housing] is not really a big difference to me,” Whitmore said. “But it was a very frustrating thing for my family because my family has lived in Ithaca for three or four generations.”