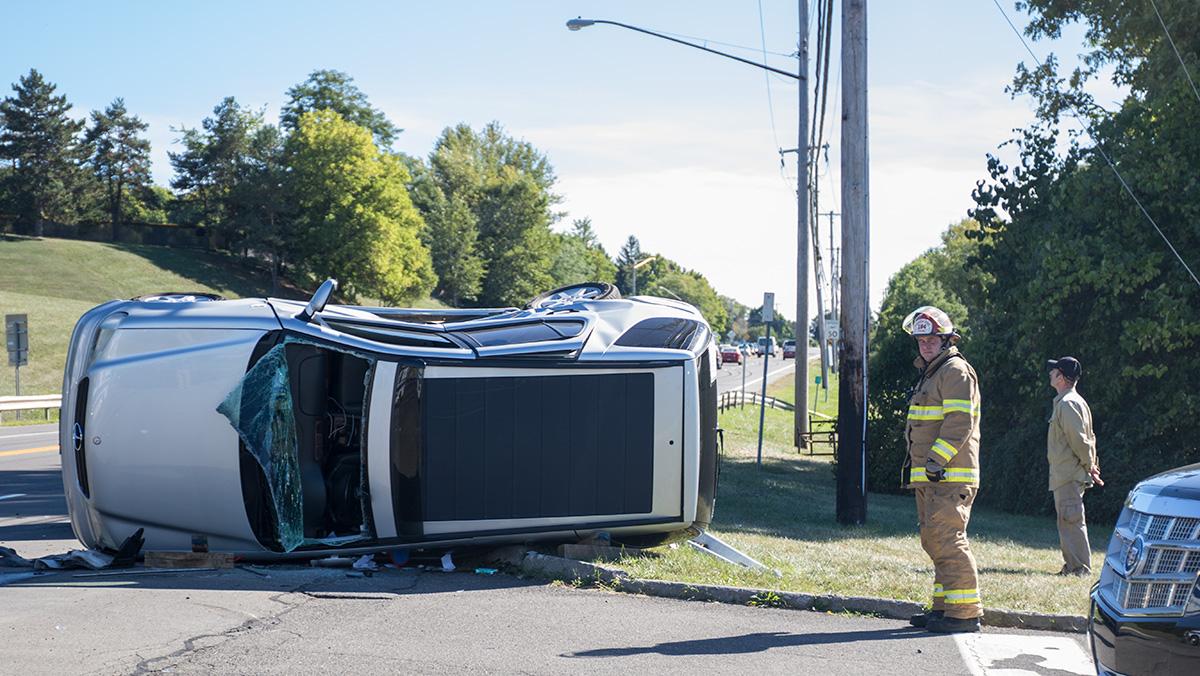 Sam Fuller/The Ithacan
Two cars crashed at the intersection of Alumni Street and Danby Road, across from the main entrance to Ithaca College. One person involved was a student at the college, who was driving a a silver Mercedes SUV that overturned in the crash.
By Ben Kaplan — Contributing Writer
Published: September 15, 2016 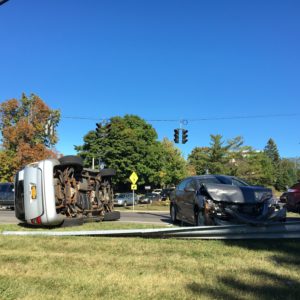 A silver Mercedes SUV and a gray Hyundai sedan crashed around 3:40 p.m. Sept. 15 outside the main entrance of Ithaca College.

Around 3:40 p.m. Sept. 15, two cars crashed at the intersection of Alumni Street and Danby Road, across from the main entrance to Ithaca College. The two drivers, who both wished to remain anonymous, were a student at the college and an unidentified man. Both drivers were examined by emergency personnel at the scene, but no one was physically injured.

First responders included the Tompkins County Sheriff’s Office and Ithaca College Public Safety officers. Both fire and EMT personnel arrived shortly after the police. The student, who was struck on the passenger side, was driving a silver Mercedes SUV, and the other car was a gray Hyundai sedan.

The student said she was trying to turn off Danby Road into the South Hill Business Campus when she realized she would not have enough time to make the turn and avoid an oncoming car. She said she accelerated and continued to turn the car in hopes of avoiding a head-on collision. The other driver hit her SUV, causing it to roll onto its side. There were heavy damages to the SUV, including a broken windshield and dented passenger door. The sedan’s front end was caved in.

Authorities could not be reached for comment at this time. David Maley, senior associate director of media and community relations at the college, said there is currently no new information regarding the accident.