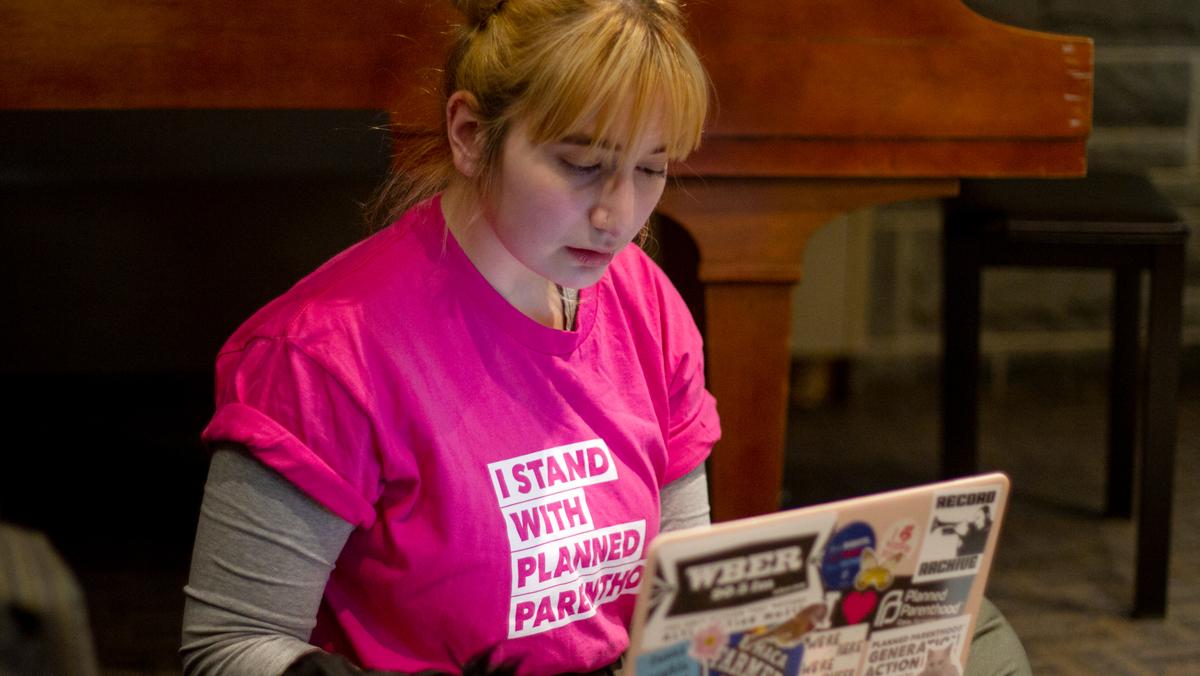 Members of the Ithaca College community came together to write comments Jan. 24 in response to the United States Department of Education’s proposed changes to Title IX.

After being released to the public Nov. 16, the potential changes entered a 60-day commenting period that ends at midnight Jan. 30. During this period, any member of the general public can submit a comment which expresses opinions on the proposal. The college’s Planned Parenthood Generation Action, a campus organization that works with Planned Parenthood on campaigns each semester, guided the group of approximately 40 people through this process.

The college has not yet submitted a comment but plans to do so by the deadline said Dave Maley, public relations officer at the college.

In the proposal, the definition of sexual harassment has been modified and is less extensive than the definition under the previous administration. Another change addresses student reportings — Currently, if a student reports sexual assault to any member of a college’s faculty and staff, that person is required to report the incident to the college’s Title IX Coordinator. If the proposed regulations pass, the only member of the college community responsible for reporting sexual assault would be the Title IX Coordinator. The proposal also states that colleges would not be required to investigate reportings of sexual assault that occurred off campus, and extend more rights to the accused.

Michelle Carroll, associate director of External Programming for End Rape on Campus, was at the event to explain some of the potential changes to the students and inform them of how they could adequately respond. Carroll also expressed her personal opinion on the proposal and said she believes the changes would allow colleges to investigate fewer reportings of sexual harassment and make it easier to deny undertaking certain investigation altogether. Carroll also said she believed certain changes would risk lessening the amount of reportings and make the process more difficult for survivors. Carroll also emphasized to the audience that there were many proposed changes she did not touch on, many of which she felt many were concerning and took away from fostering a space where survivors could safely report.

Many think Betsy Devos’ conservative leadership as Secretary of Education is contributing to these potential changes. Sophomore Brielle Cruz said that she was conflicted after learning what the proposal entailed at the event.

“I would think the policy would be getting stricter instead of looser,” Cruz said. “But I think this does reflect the current political environment, so in that sense, I’m not surprised.”

After breaking down the proposal, Carroll transitioned into a workshop on comment writing. Over 71,000 comments have already been submitted in response to the proposal, and through this process, the U.S. Department of Education is required to adequately respond to each comment.

Students in attendance then either split up into groups or worked individually, drafting their own comments to submit. Generation Action. provided attendees with packets outlining statistics and information on sexual assault they could use to support their comments’ credibility. Carroll stressed to everyone how much of a difference each comment will make in the process.

“Participating in public commenting is the most direct action the public can make,” Carroll said. “This is a way of holding the administration accountable in a way that is transparent.”

Freshman Lauren Obusek said she was pleased with the turnout of the event and that it was important for events like these to be held at the college.

“We need to have that say in what the government is doing,” Obusek said. “There is power in numbers.”