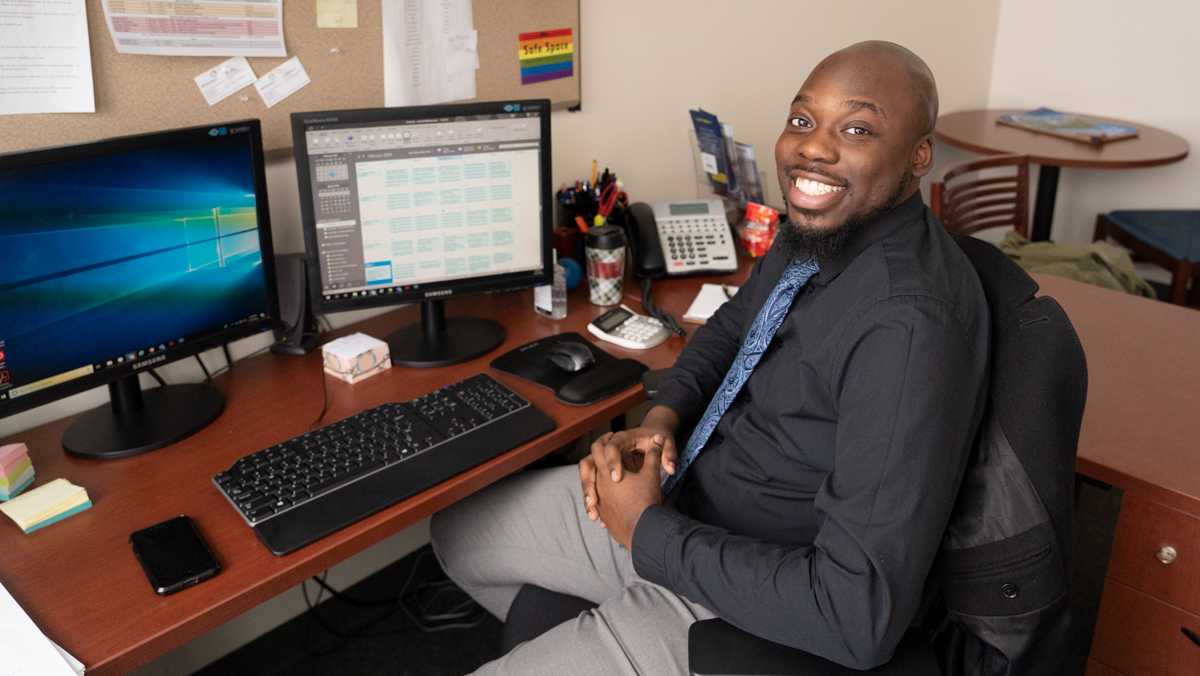 Surina Belk Gupta/The Ithacan
Omar Stoute, the new Title IX deputy coordinator, has worked at the college in different positions in recent years and will be taking over the position, said La Jerne Cornish, provost and senior vice president for academic affairs, in the announcement. He started the position Feb. 17.
By Caitlin Holtzman — Staff Writer
Published: February 19, 2020

The Title IX office in the Ithaca College Office of the General Counsel announced Feb. 14 that Omar Stoute ’17 is the new Title IX deputy coordinator.

Stoute has worked at the college in different positions in recent years and will be taking over the position, said La Jerne Cornish, provost and senior vice president for academic affairs, in the announcement. He started the position Feb. 17.

He will lead the college’s sexual and dating violence prevention efforts and conduct investigations for the Title IX office, the announcement said.

“During my time as an Ithaca College student and now professional, I have developed a passion for equity and inclusion and ensuring that all community members are resourced equitably,” Stoute said via email.

Before joining the Title IX office, Stoute worked for the college in the Office of the Provost as an administrative assistant since November 2018. He then began working as a project coordinator for the Honors Program and the Center for Civic Engagement.

“I am grateful for the excellent work he has done in the Office of the Provost and look forward to our continued work with the Title IX staff for the important work they do for the community,” Cornish said in the announcement.

Stoute was a founding member of the First Generation Organization, which was created in Fall 2016. The club is meant to be a space for students who are the first in their families to go to college to meet others with the same experience and form a community. He is currently acting as a peer mentor to 12 students on campus, the announcement said.

Stoute is a member of the Alpha Phi Alpha fraternity in which he does community service with Ithaca High School and the greater Ithaca community, the announcement said.

Wetter was the only person who has held the position of deputy coordinator since its creation two years ago. Wetter assisted Title IX Coordinator Linda Koenig, trained campus officials, conducted investigations and helped to make sure Ithaca College’s Title IX office is in coordination with state and federal Title IX laws.