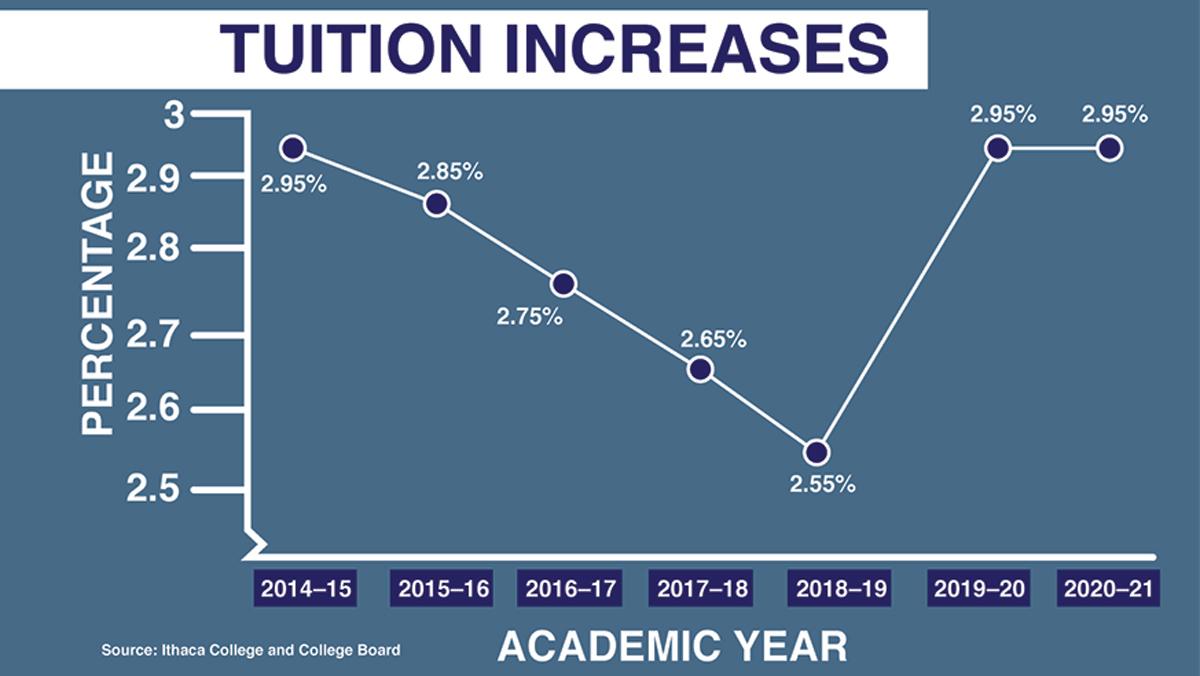 The Ithaca College Board of Trustees has set the tuition for the 2020–21 academic year at $46,611, reflecting a 2.95% increase from the previous academic year.

The total cost of attendance, including tuition, a standard double room and the unlimited meal plan required for students in the dorms, will be $62,457 for the 2020–21 academic year. The 2019–20 total cost of attendance is $60,845. The announcement was made in an email sent to the campus community by David Lissy ’87, chair of the Board of Trustees, and President Shirley M. Collado on Dec. 4.

“This percentage increase is the same as last year’s, reflecting the senior leadership team and [Institutional Effectiveness and Budget Committee’s] prioritization of affordability, which is critical to the success of the college’s strategic plan, Ithaca Forever,” the email stated.

The tuition price for the following academic year is typically announced in October. In the interest of focusing on the launch of Ithaca Forever, the board did not take action on approving the tuition, room and board rates during the Fall 2019 meeting, according to a previous announcement from Lissy and Collado. Dave Maley, director of public relations for the college, said that since 2016, the board has approved the cost of attendance in the fall rather than the spring in order to provide the information as early as possible to families to support their decisions around college applications and admissions.