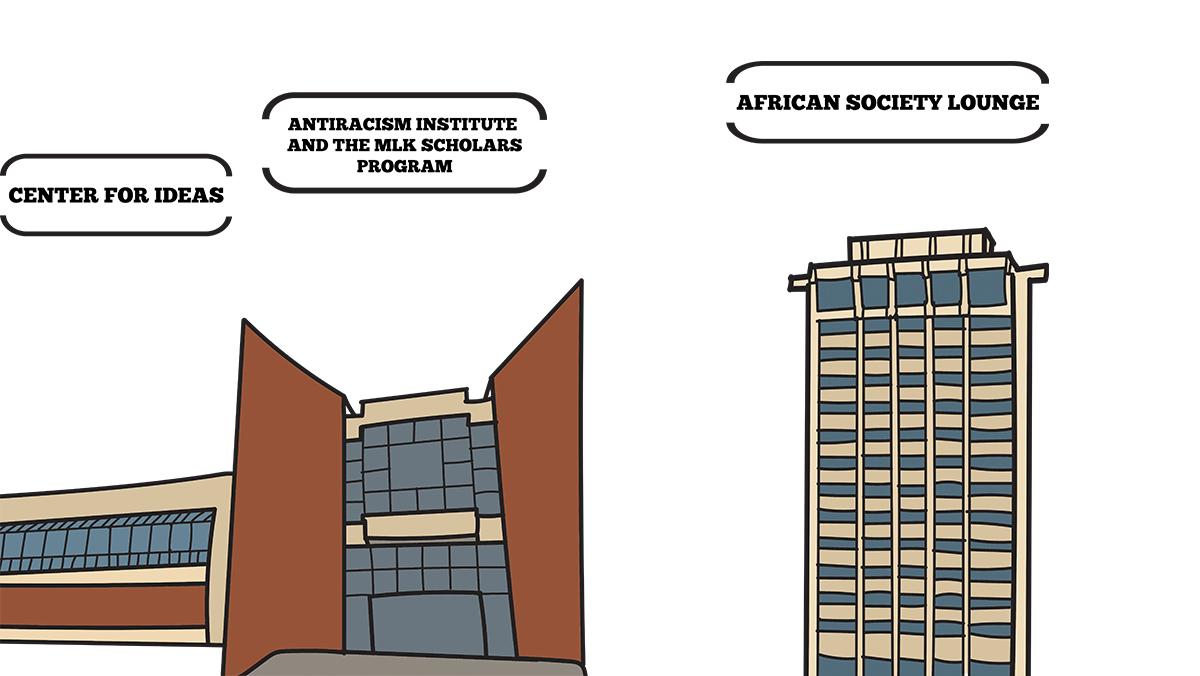 As the Supreme Court re-evaluates Affirmative Action, Ithaca College grapples with the debate surrounding race-based opportunities in its own community.

Questions around the issue of segregation at the college were raised when The Daily Mail published an article Oct. 15 about the college’s Antiracism Institute. The institute is a year-long initiative by the Center for Faculty Excellence that aims at building a learning community where participants can discuss difficult topics like race. The institute is currently in its third year and is open to staff and faculty of all racial identities based on voluntary participation.

“Did we voluntarily step back in time 80 years or what?” and “Segregation is in style again?” were just two of the many comments under the article. According to an archived Intercom link inviting people to apply for the institute, participants would meet with facilitators in racial affinity groups 一 a common practice among organizations and higher education institutions to facilitate discussions around racial equity.

Over the years, the college has received five Title VI and Title IX violation complaints from Mark J. Perry, professor emeritus at the University of Michigan, for excluding people who are not Black, Indigenous people of color (BIPOC) and male students from the college’s BIPOC only and female geared opportunities and programs. Title IX is a provision that lawfully prohibits discrimination on the basis of sex and Title VI prohibits discrimination on the basis of race, color or national origin. The most recent program that Perry filed a complaint against is the Antiracism Institute. Others include the college’s BOLD Women’s Leadership Network, the MLK Scholars Program and the Central New York Louis Stokes Alliances for Minority Participation (LSAMP) Alliance.

First-year student Kendal Burno, who is also an MLK Scholar, said he found it absurd that a white person filed a complaint against the MLK Scholar program, which aims to provide a non-judgemental space for students of color. Burno said that if white people are also included in the program, the environment that makes students of color feel comfortable sharing their experiences might no longer exist.

“It sounds completely insane,” Burno said. “I think it is not criminal for students of color to have an association just for themselves in which it is a safe space, in which they are educated more about social justice and civil rights in America.”

Shadayvia Wallace, program director of MLK Scholars and First Generation programs, said she values the objectives of the MLK Scholars program, which is specially geared toward students of color and first generation students.

“I cannot speak for others as to why they might get upset by the opportunities that programs such as ours provide,” Wallace said via email. “I can only say that I am proud of the work that we do to introduce students to experiential learning opportunities while supporting their studies and their personal and leadership development — all through the lens of social justice, service and civic engagement, in accord with the principles of the Rev. Dr. Martin Luther King Jr.”

On Sept. 26, Perry filed a complaint, in violation of Title VI, against the college’s Physician Assistant (PA) program for hosting a Project Access workshop that invited BIPOC students from grades six to 12 to learn more about the PA profession. Project Access aims to encourage high school students from underrepresented minority groups to join the PA profession through outreach programs. The interactive workshop was originally scheduled for Oct. 8. but was postponed to a later date that has not been announced yet.

“Race-based discrimination is still unlawful even if it advantages the ‘right’ racial groups for the ‘right’ reasons,” Perry said in the courtesy copy of his complaint via email. “It is a clear violation of Title VI that non-BIPOC middle and high school students are illegally excluded from the IC PA Program on the basis of their race, skin color and national origin.”

Susan Salahshor, founding director of the PA program, said the workshop was postponed for reasons unrelated to the complaint.

“The decision to postpone was made because we had not been able to complete all of the requirements of Ithaca College’s policies for the protection of minors in college-sponsored programs in enough time ahead of the scheduled date of the event,” Salahshor said via email.

Angélica Carrington, director for the Center for Inclusion Diversity, Equity and Social Change (IDEAS), said the demographics of many higher education institutions do not reflect equal accessibility for all racial groups, which is proof of the fact that equal representation of minority communities in these institutions is still a work in progress. According to Fall 2022 data from the Office of Analytics and Institutional Research (AIR), only 15.1% of the college’s students are Black or African American, Hispanic/Latino or Native Hawaiian or other Pacific islander.

First-year student and MLK Scholar Alexis Troncone said she does not believe that it is possible to be racist toward white individuals. Troncone said race-based opportunities, like Affirmative Action programs, are still relevant in higher education institutions to make education more accessible to minority and underrepresented communities.

“I think race-based opportunities like Affirmative Action are necessary in higher ed, simply because in colleges across the country, minorities are still underrepresented,” Troncone said.

The college’s Affirmative Action Program strives to expand the representation of minority communities and women through its hiring and recruitment processes.

“Where minorities, women and individuals with disabilities are underrepresented and underutilized, it is the intent of Ithaca College to recruit, employ and promote them to a degree consistent with their availability, merit and qualifications,” the college’s policy manual says. “Procedures have been established to increase the chances of achieving success and to monitor progress.”

Nicole Eversley Bradwell, executive director in the Office of Admissions at the college, said the college does not have a set quota of students of color that it aims to recruit. Eversley Bradwell said the Higher Education Opportunity Program, which is meant for New York State residents who are educationally and economically underprivileged, is an example of an Affirmative Action program the college engages in.

“Part of [the priorities of the college to increase student retention] is creating, articulating what to expect here but also amplifying the benefits of the community at Ithaca College, which is a diverse community,” Eversley Bradwell said. “We also are looking at a wide variety of students and [are] wanting to encourage an increase in the number of students that are identifying in different ways.”

The Supreme Court is re-evaluating policies like Affirmative Action programs, which were implemented in the 1960s, surrounding race-based admissions in higher education institutions. Affirmative Action is an endeavor born out of the Civil Rights movement to improve and ensure equal opportunities to minority communities by providing them with opportunities to excel in the workplace and in higher education. The Supreme Court — made up of six conservative justices and three liberal justices — is leaning toward not factoring in the race of prospective students during the admission process. This places Affirmative Action programs meant to uplift students from minority communities at risk.

First-year student Mercy Botchway said she feels frustrated that the Supreme Court continues to re-evaluate Affirmative Action policies because students of color already have to work harder to earn the same recognition as white students.

“I mean, I know that this is going to affect a lot of minorities getting the opportunity that they need to flourish,” Botchway said. “And honestly, that makes me feel really angry about it. Because I feel like a lot of the time diversity based admissions is the reason why we are here. They are the reason why a lot of minority students are here.”

Burno said that re-evaluating Affirmative Action policies is like attacking students of color and a system that has been established to counteract a long history of discrimination.

“I think a better word [instead of angry] would just be disappointed,” Burno said. “I want to see more. I want to see them [the Supreme Court] use their energies put to something more that will help marginalized people … [and] poor people. But rather they think it’s better for them to place their focus on sort of attacking education.”