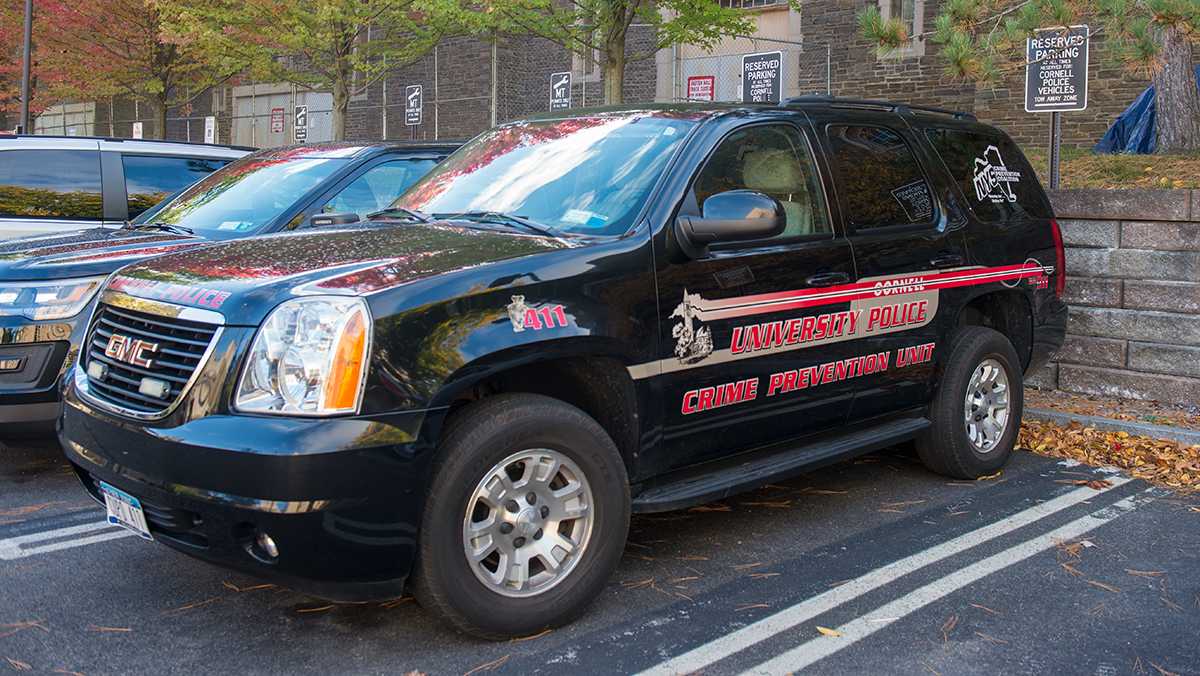 Sam Fuller/The Ithacan
Cornell University announced it is increasing police staffing and patrols following the second stabbing incident on or near its campus. Patrolling will continue until Oct. 10 when an evaluation will be conducted to see if the increased staffing is still needed.
By Jack Sears — Staff Writer
Published: October 11, 2016

Cornell University announced it is increasing police staffing and patrols following the second stabbing incident on or near its campus. The most recent of which occurred Sept. 28.

The first incident on Aug. 28 resulted in the death of Ithaca College sophomore Anthony Nazaire, and another student suffered nonlife-threatening injuries. A month later, a Dryden man suffered non-life-threatening injuries after a stabbing on the Stewart Avenue bridge. One suspect in the second stabbing, Khaliq Gale, turned himself in Oct. 7, and the other is still at large.

The increased patrols include foot, vehicle and bike patrols. Cornell Police Deputy Chief David Honan said the university felt this was necessary to make members of the community feel safe and prepared if the perpetrators return.

“These patrols are to protect our community and increase safety by being proactive, especially if the perpetrators wanted to come back,” Honan said.

Despite the close proximity to Cornell’s campus, Lt. Thomas Dunn, of Ithaca College’s Office of Public Safety and Emergency Management, said he does not feel an increase in patrols is necessary at the college, after having interagency communication with Cornell University Police and the Ithaca Police Department. After the first stabbing incident, the Office of Public Safety increased patrols on certain areas of campus, but it did not increase staffing.

“We felt comfortable with how we modify our patrols to begin with, and the factors of the second incident didn’t warrant us modifying our approach,” Dunn said.

Honan said the increase in patrolling will continue until Oct. 10 when an evaluation will be conducted to see if the increased staffing is still needed.

There has also been an increase in requests for the Cornell police’s escort service, Honan said. Auxiliary staff can escort members of the community to or from a specific location if requested.

Dunn said Public Safety has seen an increase in student escort requests. However, he said they cannot attribute it to the second incident. He added that they have enough staff to accommodate these requests.

Dunn said the increase in violent crime is out of the ordinary. Andrew Kosinuk, crime prevention and community events liaison, said he wants members of the the college community to contact law enforcement if they feel they are in a situation that is “uncomfortable,” and his advice to students is to “trust your gut.”

Honan said when members of the college visit Cornell University, they should be cautious and aware of their surroundings.

“We ask people to develop a personal safety plan: Be aware of your surroundings and call 911 if you see anything suspicious, out of the ordinary or witness a crime,” Honan said.