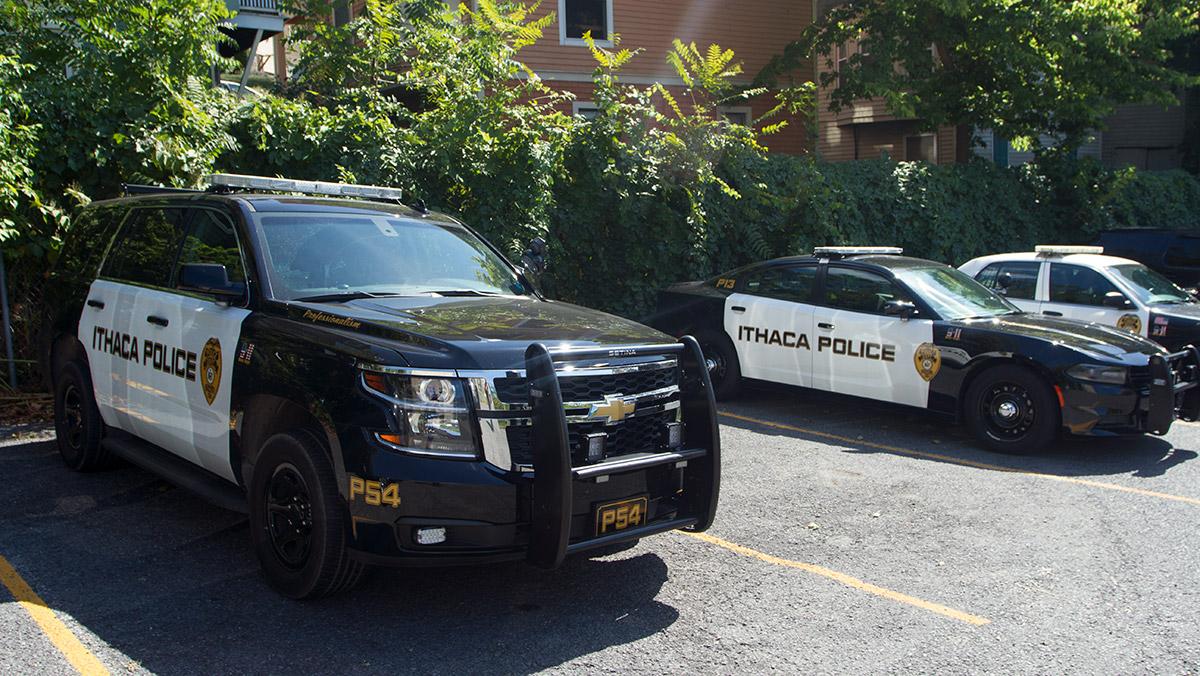 Khaliq Gale, the suspect in the Sept. 28 stabbing on East Hill near the Cornell University campus, turned himself in to police Oct. 7. Gale was accompanied by an attorney and charged with assault in the second degree, a class D felony and criminal possession of a weapon in the fourth degree, a class A misdemeanor. Gale was arraigned in Ithaca City Court and sent to Tompkins County Jail in lieu of $1,000 cash bail or $2,000 property bond. 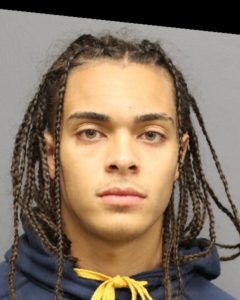 Khaliq Gale was arrested Oct. 7 for the Sept. 28 stabbing on East Hill. Photo courtesy of IPD.

Investigators have determined that the suspect in the non-fatal stabbing on East Hill near the Cornell University campus is Khaliq Gale, according to an Oct. 4 update from the Ithaca Police Department. However police have not yet located him. The update stated that Gale and another unidentified male became involved in a dispute with two other people, and Gale stabbed one of them in the leg. The second suspect also displayed a handgun during the dispute, and has also not been located.

Ithaca police say the stabbing victim and the suspects knew one another. The investigation is still pending.

Ithaca police are looking for two suspects who fled the scene of a non-fatal stabbing on East Hill near the Cornell University campus just before 8 p.m. Sept. 28.

Witnesses described the suspects as two black men, one wearing a red shirt, the other with a “man bun” and one may have a semi-automatic handgun, according to the Ithaca Police Department. Both were seen fleeing from the scene on the sidewalk near the Cascadilla Creek Bridge toward the City Cemetery on Stewart Avenue, according to police.

The victim, a 27-year-old Dryden resident who was visiting someone in the area, observed the two suspects stealing from his car, leading to an altercation that resulted in a knife wound in his leg, according to police. He was transported to a regional hospital and is expected to recover.

Cornell’s students were urged to shelter in place immediately following the incident, but that warning was lifted shortly thereafter.

The incident is not believed to be connected with the fatal stabbing of Ithaca College sophomore Anthony Nazaire that took place on Cornell’s campus Aug. 28. However, the Office of Public Safety and Emergency Management released an update the morning of Sept. 29 about the incident in light of Nazaire’s death exactly one month ago.

“Members of the Ithaca College community are reminded to always be aware of their surroundings — both on and off campus — and to immediately report all unusual or suspicious persons, vehicles, and activity,” director Terri Stewart wrote.

Ithaca Police are asking that anyone with information call Police Dispatch at 607-272-3245.

No new information from IPD in Nazaire stabbing investigation