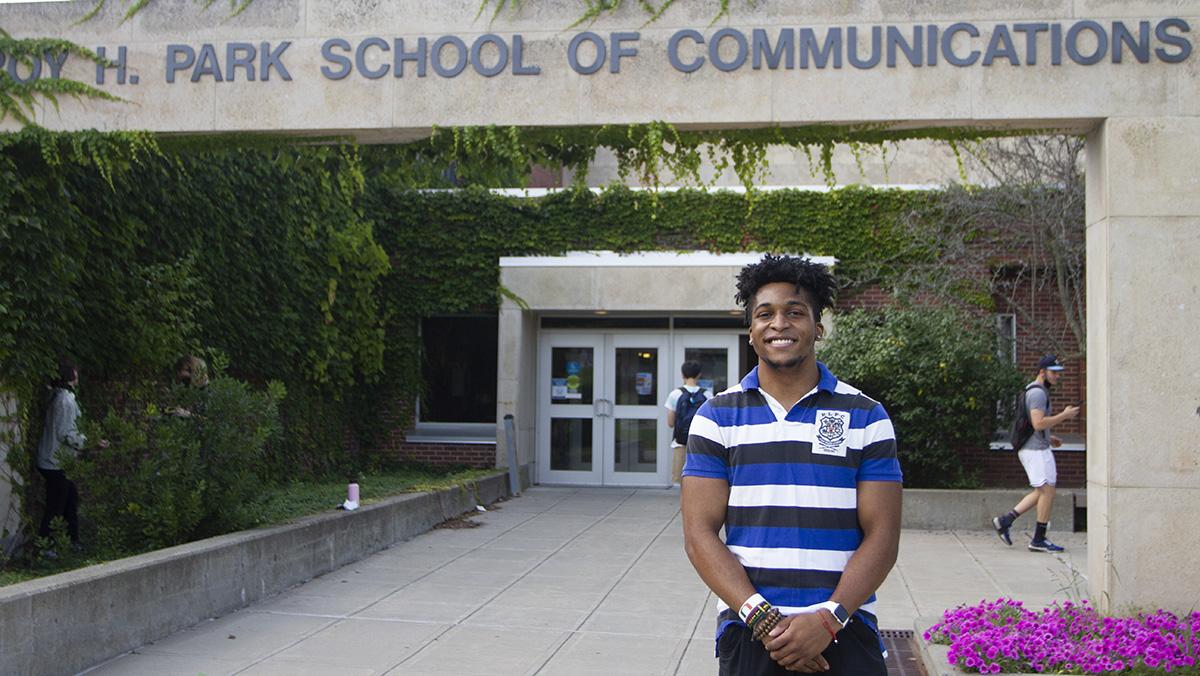 Ithaca College sophomore Damani Madir is the inaugural recipient of the Iger-Bay Endowed Scholarship.The scholarship was established for incoming journalism, sports media or documentary studies students in the Roy H. Park School of Communications who demonstrate financial need and represent historically underrepresented communities. Bob Iger ’73, former CEO of the Walt Disney Co., and his wife, Willow Bay, created the scholarship using the proceeds from Iger’s memoir, “The Ride of a Lifetime” in the hopes of encouraging inclusion and diversity in media.

Staff writer Elizabeth Kharabadze sat down with Damani Madir to discuss the scholarship and journalism.

Elizabeth Kharabadze: When did you first develop a passion for journalism?

Damani Madir: There was a training camp from November 2017 to March 2018 held at RadioFreeBrooklyn, a nonprofit radio station … I started with my own political talk show focusing at the local level and conducted interviews with others who lived in the neighborhood. I fell in love with journalism immediately from this experience … although politics is still a major interest of mine.

EK: What drew you to Ithaca College?

EK: What was your reaction to finding out you received the scholarship?

DM: I honestly thought it was a prank call. I was home alone, and I thought the school was calling about a tuition issue or something negative. When they told me that I was the inaugural recipient, I had to ask a few times if they were joking around. I was so happy, not just because I had won the scholarship, but because my family wouldn’t have to stress or worry about not being able to finish school for financial reasons. I am a first-generation student and this was a monumental moment for both me and my family.

EK: What does receiving this scholarship mean to you?

DK: Receiving the Iger-Bay Endowed Scholarship means progression to me. Mr. Iger … he wanted to give children like me the opportunity to channel enthusiasm and passion for the media into career paths that would put us at the forefront of the industry. Creating diversity in a field where not many people of color like myself have major opportunities is something beautiful, and I am proud to be a big part of the push forward for more stories to be heard. I am setting the standard for more children who grew up in low-income neighborhoods and homes, showing it is possible … Seeing someone who looks like you succeed builds faith and confidence for the future, and I hope I can inspire many others, both future recipients of the scholarship and those who are aiming for a career in media-communications.

EK: What do you hope to get out of your college experience?

DK: I believe Ithaca College itself will prepare me for the next level in life. Professionalism isn’t enough to make it in the real world in such a hyper-competitive field. Ithaca College will provide me with the skills necessary to not only succeed, but be a continuously valuable asset wherever I may land. My time at Ithaca College will not only leave an impact on my professional work, but the relationships that I will share with others who will be in small and large positions alike.