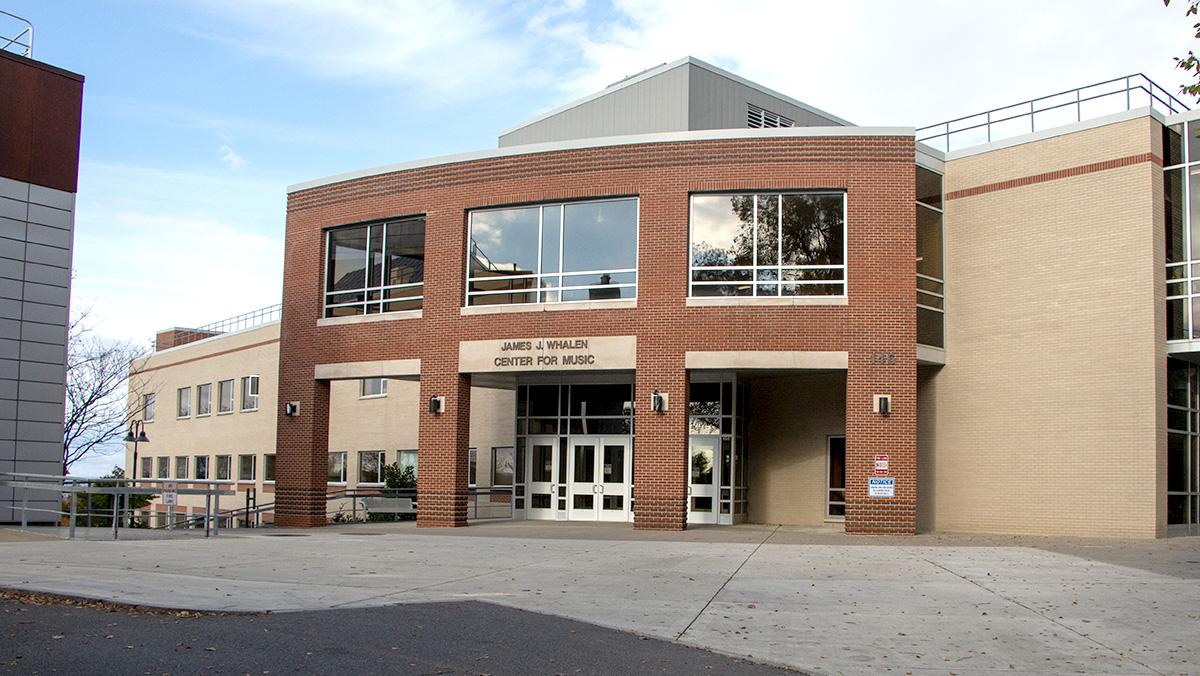 Abby Brady/The Ithacan
Ivy Walz served as the interim dean of the School of Music during the 2021–22 academic year. In 2020, Walz stepped into an administrative role as assistant dean after former dean Karl Paulnack stepped down at the end of the 2019–20 academic year.
By Jadyn Davis — Staff Writer
Published: May 26, 2022

As the search for a dean of the Ithaca College School of Music, Theatre and Dance continues, students and faculty attended open sessions held by the final three candidates from May 16 to 18. The sessions were held both in person and via Zoom.

Ivy Walz served as the interim dean of the School of Music during the 2021–22 academic year. In 2020, Walz stepped into an administrative role as assistant dean after former dean Karl Paulnack stepped down at the end of the 2019–20 academic year.

Each candidate for the School of Music, Theatre, and Dance held two one-hour open sessions; one for faculty and one for staff and students. Attendees could go in person or virtually through Zoom.

The first candidate, Ann Marie Stanley, is currently the associate dean of Music Education at Louisiana State University. Before that, Stanley was an associate professor of music education for the Eastman School of Music at the University of Rochester from 2007 to 2016. Stanley said the reason she was drawn to this position is due to the successful and esteemed reputation of the students and faculty at Ithaca College. As dean, she said she would want to prioritize the quality of the faculty at the school because she feels that is something many students value.

In addition, Stanley said she wants to provide a rich experience for students by connecting students with alumni. She said she would also work on developing community engagement and understanding the entire curriculum from a student viewpoint.

“The role of the dean, for me, is to see all the things that can happen in the student experience and then try to create structural processes that allow those to happen for you,” Stanley said. “That doesn’t mean that I have a secret sauce or magic bullet that’s going to make us be able to afford to do everything I want to, but my goal is always to plan things with these qualities in mind for the students.”

The second candidate, Daniel Washington, professor of vocal music, former associate dean of faculty and multicultural affairs, and former senior adviser to the dean at the University of Michigan, said that being a voice faculty member and being an administrator gives him a three-pronged level of experience that makes him a viable candidate for this position. Washington said he is excited to see the integration of both the School of Music and the Department of Theatre Arts, which was announced July 1, 2021.

“This new school has a chance to set the example of how schools of music, theater and dance operate within themselves but also to set the example for how to integrate two units that have been separated for so long into one,” Washington said. “I think having one unit will be better than the sum of its parts.”

Washington said he is considering having a dean’s mentoring program where there are select students from theater and dance who learn about the decisions administration makes. He said this program will not only provide students with more insight on the decision making process but allow students to see the college’s administration in a more positive light.

“I think having a group of dean’s fellows would be a really great way to not only mentor students but get students into the weeds a little bit and learn more about the ‘dark side,’ as some people call us: administrators,” Washington said. “That’s something that I’ve always been open to.”

The final candidate was Anne Hogan, dean of communication and fine arts and professor of theatre and dance at the University of Memphis. Hogan previously served as the director of education at the Royal Academy of Dance in London and as its senior advisor for international partnerships. Hogan said she is excited about the interdisciplinary opportunities that Ithaca College will be able to offer. In addition, she said she wants to ensure an outstanding student experience and a productive experience for everyone, including faculty and staff.

“I do like the notion of a dean for a school of music and theater as kind of being the conductor and being able to make connections across all of the different areas and being really receptive to how different things run,” Hogan said.

Hogan said even though her expertise is in dance, she wants to make sure that all disciplines in the school are getting equal amounts of attention.

“I worked in a lot of dance contexts and I have experience in growing dance programs,” Hogan said. “I am really an academic leader who loves the arts, as the power of music and theater and dance as a school together but also as distinct disciplines. I am genuinely curious and passionate about the arts and excited about the opportunity to support music, theater and dance.”

In regard to student engagement, Hogan said she thinks the best approach would be a combination of formal and informal models of connecting, speaking and listening to students.“Any dean who does not proactively engage with students and really listens to what [students] are thinking about and what aspirations they have shouldn’t be dean because that’s what you’re there for,” Hogan said.