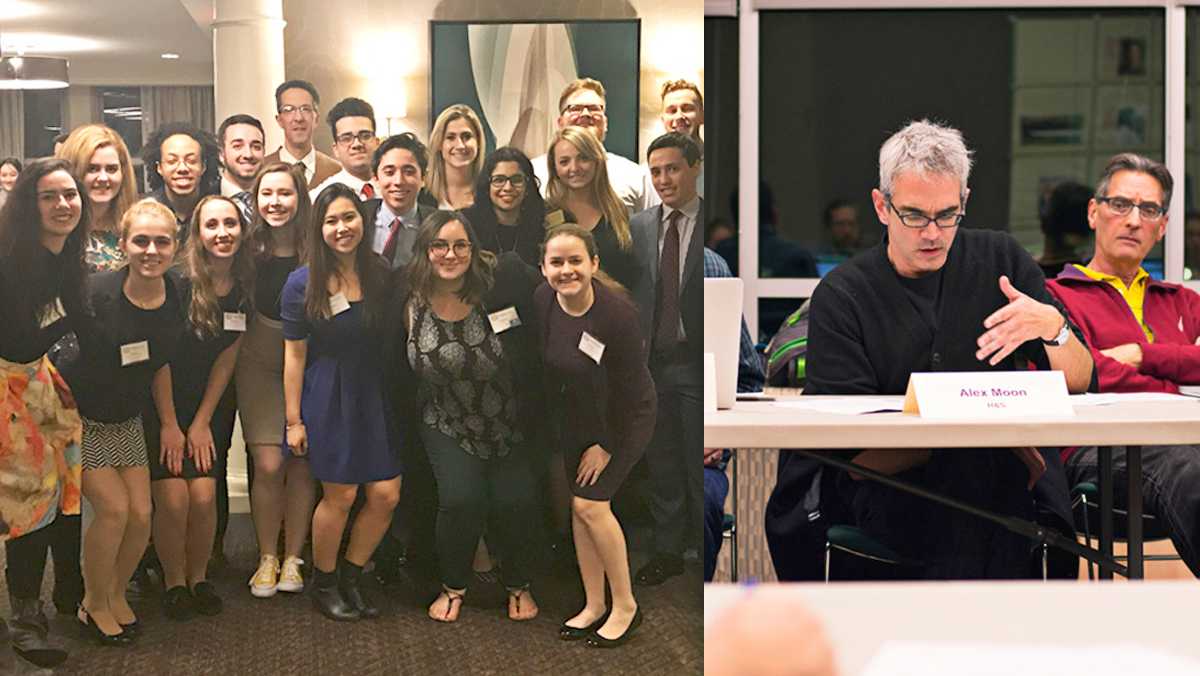 The Ithaca College Department of Politics is voicing its opposition to the draft “Shape of the College” document and the Academic Program Prioritization (APP) process, which recommend the elimination of two longtime faculty members in the department.

Patricia Rodriguez, associate professor and chair of the Department of Politics, said the Academic Program Prioritization Implementation Committee (APPIC) asked departments to provide feedback about the draft document. She said this letter is the politics department’s input on the proposed cuts.

She said the APPIC and Melanie Stein, dean of the School of Humanities and Sciences, told the department that it could answer a set of questions including what the curricular impact might be, what plans will have to be made to accommodate the cuts, what actions will be taken to support student progress, what new interdisciplinary collaboration the department can explore and others.

Moon said he was notified of the proposed elimination of his position Jan. 15, two days after the draft document was released. He said he appreciates the letter that the department wrote.

“My colleagues have been amazing and great,” he said. “They spent a lot of time on this, and they’re angry about it. I know that many, many departments, in this school and at others, would not have replied in a generous and solidaristic way.”

Moon and Arroyo have been teaching at the college for 20 and 21 years, respectively, and both are loved by students, the letter stated.

“We think the approach taken by [the APPIC] in developing the APP recommendations, to spread the FTE reductions across the college, creates a situation which does not seem to align with IC’s identity or values, especially with respect to equity but also academic excellence, respect and accountability, and others,” the department wrote in the letter.

Rodriguez said it is unclear how the APPIC decided which positions would be eliminated within the departments.

“To me, it just seems like they just said, ‘Oh, it’s a good idea to cut the folks that are the most vulnerable,’” she said. “I think that it’s a process that will lead to lots of further problems for the school.”

Sophomore Chloe Landau said Moon’s commitment to his students adds to the learning environment of the Department of Politics.

“Moon is not only one of the most passionate and engaging professors I’ve had, he also leads with an empathy and sincerity that is so rare and is essential to community learning,” Landau said. “Professors like him are what distinguish Ithaca, what keep students here, and the administration’s failure to honor that feels like betrayal.”

Moon said he is worried about having the money to keep his house and retaining the life that his 12-year-old daughter is used to.

“I’m most worried about replacing my income so that my daughter doesn’t freak out, and we don’t have to move, so that she doesn’t have to have that stress attendant on economic instability,” he said.

He said his family struggled with poverty when he was a child, and he does not want his daughter to experience what he did.

“I found it world-shattering,” Moon said. “I’m sure my daughter is more resilient than I was, but I’d rather it not be an issue at all.”

The letter said that Moon has also been teaching legal studies courses and that he is needed to teach more after Thomas Shevory, professor in the Department of Politics and coordinator of the Legal Studies program, retires in May.

Moon said that he teaches classes in place of professors who are on sabbaticals and that he has spent many summers researching and learning about topics for his classes. He said that with his recommended termination, the department will not be able to teach these classes.

“It kind of came at a cost to my career,” he said. “I spent a lot of time and money — my own money — learning [Constitutional] Law, and the Supreme Court, environmental politics and a variety of other things. It’s been good in one way, I know a lot of stuff, but it has been costly also.”

The letter stated that many of the classes that Arroyo teaches are important for the department’s international politics concentration. Arroyo teaches classes like European Politics, Politics of the European Union and International Organizations, as well as Food and Water: The Challenges of Sustainability, Catholics and Politics, Comparative Welfare States and Practicum in International Governance.

“I am, of course, grateful for the support of my colleagues in the politics department,” Arroyo said via email. “This whole APP process has raised important and worrying questions about the direction of Ithaca College.”

Arroyo’s termination will result in the elimination of the Model United Nations and Model European Union programs.

“At a time when international affairs and awareness are so important, what happened to the recent goal of preparing IC students for a globalized world?” he said via email.

Junior Dean Freeman is a politics major and a member of Model United Nations. He said he thinks Arroyo leaving will be a great loss for the college.

“With him kind of taking over the world of specifically European politics, as well as Model UN and Model EU, with no one else kind of filling those shoes either, there’s a lot to lose,” Freeman said.

Additional effects of the losses include staffing gaps, with professors retiring and taking sabbaticals; the department will have to suspend its plans for a policy concentration or minor; remaining faculty members will be unable to teach areas of politics that students demand; and the morale of professors and trust in the administration will decrease.

“It’s so demoralizing to have these folks that have been here for decades be treated with a, ‘Thanks, but we can’t keep you,’” Rodriguez said. “It just makes me question the decisions very much.”