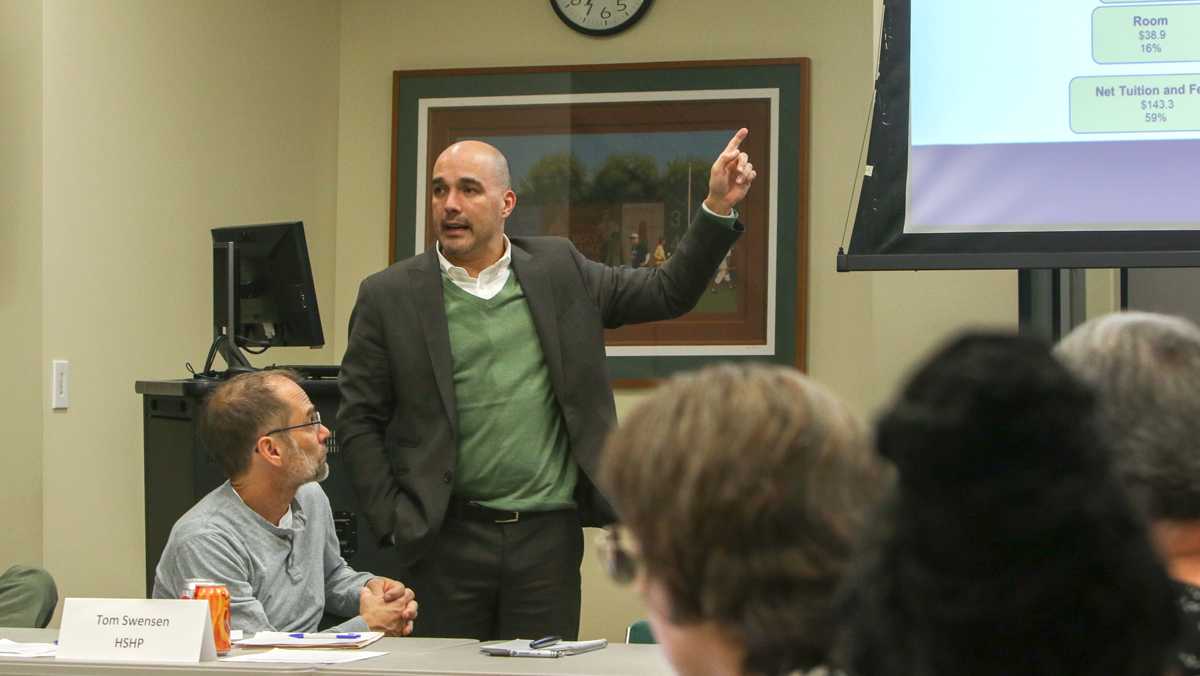 The Ithaca College Faculty Council voted to hold an all-faculty vote to collect feedback on the “Shape of the College” document.

The council made this decision during a Faculty Council meeting Feb. 2. The Academic Program Prioritization Implementation Committee (APPIC) released a draft of the “Shape of the College” document that recommended faculty and program cuts as part of the Ithaca Forever strategic plan, which has been accelerated due to the COVID-19 pandemic. The draft document recommends that 116 full-time equivalent (FTE) faculty positions be eliminated along with 26 programs, departments and majors.

The council originally discussed the idea for a survey during a Faculty Council meeting Jan. 19. Chris McNamara, clinical associate professor and clinic director in the Department of Physical Therapy and chair of the Faculty Council, said the purpose of the survey is to show the APPIC whether or not faculty members support the “Shape of the College” document.

Members of the college community, including some faculty members, have criticized the Academic Program Prioritization (APP) process and said there is a lack of transparency from the Senior Leadership Team (SLT). Faculty Council members also expressed dissatisfaction with how the APP is being implemented during the Faculty Council meeting Jan. 19.

Deans, faculty and program directors had the opportunity to give feedback to the APPIC throughout January, but Chrissy Guest, associate professor in the Department of Media Arts, Sciences and Studies, said not all faculty members had equal input during the feedback process.

“All of our departments are different,” Guest said. “Some have the ability to have multiple voices heard and some do not, and I think that this gives every faculty member a voice, something where everyone feels like they’re represented.”

The original motion presented by the FCEC formatted the second question as a multiple choice question with five options: reconsider the number of faculty reductions in closer consultation with departments to more fully evaluate the potential impact of these changes on curriculum; provide detailed strategic and economic rationale for each recommendation; engage a campuswide body to deal with the current situation; consider other strategies to mitigate the need for extensive faculty cuts; or “other,” with an opportunity to leave comments.

The council decided to amend the motion to make the second question more open-ended to avoid bias in the survey. Matthew Price, associate professor in the Department of Physics and Astronomy, said providing potential reasons to oppose the recommendations may change the opinions of faculty taking the survey.

“I think people write what they feel,” Price said. “When you’ve got A through D here, you’re sort of leading the witness, in some sense of, ‘Oh, I never really thought about that one.’ If you want to get a feeling of support, or lack thereof, of certain pieces, it’s a little better to have a grasp on what people are thinking themselves.”

The results of the survey will be publicly reported by Feb. 15, McNamara said.

Bill Guerrero, vice president for finance and administration, attended the meeting to answer questions about the financial effects of the APP process.

Diane Birr, professor in the Department of Performance Studies and the Faculty Council representative to the Academic Policies Committee, asked what the specific savings of the proposed cuts are. Brad Hougham, associate provost for faculty affairs and co-chair of the APPIC, said that with the cuts outlined in the draft document, the college would save $7–8 million each year. The APP process is expected to occur over the course of three years.

Claire Gleitman, professor in the Department of English, Women’s and Gender Studies coordinator and secretary of the council, asked Guerrero whether the college’s endowment could be used to delay the faculty and program cuts until the college has a better understanding of what post-pandemic enrollment will be.

The college’s financial model primarily relies on student funds, with 92% of revenue coming from students, Guerrero said. These funds include tuition, room and board. The college is receiving less student funds as enrollment at the college has decreased in the past decade. In previous years, concerns have been raised about the sustainability of this financial model, and President Shirley M. Collado has said that the financial model needs to change.

Jason Harrington, associate professor in the Department of Media Arts, Sciences and Studies, asked if the college would be able to cut a smaller percentage of FTE faculty positions now and then make additional cuts in the future depending on post-pandemic enrollment.

Guerrero said these cuts are going to be necessary even if they are put off until future years.

There have been at least 264 staff members affected by furloughs, position eliminations or reductions in hours since March 2020, according to an email to the college community Oct. 19.

Raul Palma, assistant professor in the Department of Writing, asked how cutting faculty and programs will have long-term benefits for the college, but Guerrero said he is not the right person to answer that question.

The proposed procedure includes notifying the Office of Human Resources, finding a colleague to teach the class and having students make up any missed course time through asynchronous work.

Hougham said these procedures are designed to address potential issues resulting from the COVID-19 pandemic and are not intended to be permanent policies of the college but could become permanent through an amendment process.

The Faculty Council provided feedback on the proposal. Rebecca Lesses, associate professor and Jewish studies coordinator for the Department of Philosophy and Religion, expressed concern about placing the responsibility of making arrangements for the class on an ill faculty member.

“I’m just questioning the practicality of some of these requirements because, seems to me if somebody’s that ill, the first thing on their mind is not going to be trying to find somebody else to teach their class for the day,” Lesses said.

McNamara said Hougham will follow up with people who had questions or concerns with the proposed procedure.