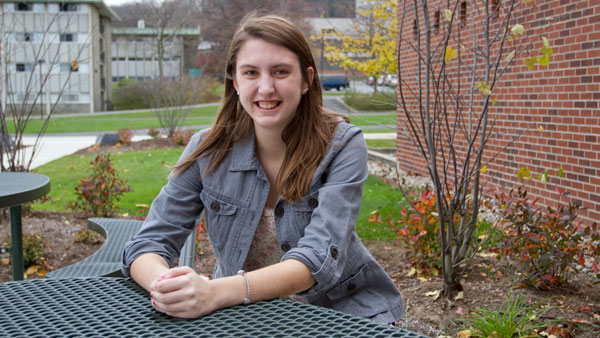 To encourage young women to run for government positions and create an opportunity to make the Student Government Association more reflective of Ithaca College’s student body, the college will host its second annual “Elect Her: Campus Women Win” workshop.

The Elect Her workshop, which will take place Feb. 22, aims to involve more women in the SGA and other leadership roles on campus. Information about applications will be released later this month.

Potential participants who were nominated online by peers, faculty and staff will receive an email telling them they have been nominated and encouraging them to apply to the program. The workshop is sponsored by the college and two nonprofits, the American Association of University Women and Running Start, that work to empower college-aged women as leaders.

The workshop is 4 1/2 hours long and includes leadership workshops and interaction with female leaders in the Ithaca community, particularly those involved in politics and communications.

Senior Courtney Brown brought Elect Her to campus last year. Brown said she first learned about Running Start, a nonprofit based in Washington, D.C., whose goal is having more women run for political office, at an AAUW conference that she attended in Summer 2012. Running Start and the AAUW operate Elect Her workshops on campuses across the country, among other leadership activities for high-school and college women.

An Elect Her facilitator from D.C. will come to campus to help lead the event. The workshop will include lessons on topics such as delivering an elevator pitch and discovering what issues participants would be most interested in campaigning for, Brown said.

Last year, speakers included Barbara Lifton, a New York State assemblywoman who resides in Ithaca, as well as Jean McPheeters, president of the Tompkins County Chamber of Commerce. The college’s SGA members also hosted a panel explaining what it is like to campaign for a position and to serve on the SGA. This year, Brown said she is planning to recruit new speakers so that those who attended last year can have a different experience if they choose to participate again this year.

“[Running Start is] trying to get more women involved by getting [women] involved in student governments on their college campuses,” Brown said.

“Our research shows us that young women and young men in childhood have equal levels of ambition, but that specifically political ambition drops off for women in the high-school and college ages,” Richmond said.

Michele Lenhart, the director of student leadership and involvement in the Office of Student Engagement and Multicultural Affairs and adviser for Elect Her, said the administration actively seeks programming to create more student leaders on campus.

Even though we have many women leading campus organizations, Brown said, the SGA is unbalanced in its representation of women on campus. Fifty-six percent of the undergraduate population for the 2013-14 academic year is women, whereas only 43 percent of the SGA is female.

As a result of attending last year’s conference, some women are now in leadership positions, Brown said. Sophomore Victoria Hathaway now sits on the SGA senate, and senior Erin Smith is Senior Class president. Brown said in an email that, despite last year’s first Elect Her conference, about the same number of women are on the SGA this year as last year.

The college will continue to host Elect Her workshops on the campus for two more years after the one in February, Brown said. Elect Her’s four-year workshop policy helps gradually “build a culture on your campus” of more equitable student government representation.

The encouragement and skills gained at an Elect Her workshop, Richmond said, can help a woman considering running for a position on campus to pursue the endeavor. This translates to both greater representation in student government and also to more diverse state and national governments.

Running Start is striving to increase the amount of women participating on college campuses, and therefore later on as well. Richmond said of the 16 women who ran for college president after participating in an Elect Her workshop, 14 won, evidence of the program’s success.

Even those who are not directly interested in student or national politics can benefit from the workshop.

“The workshop is really a great confidence builder, regardless of what your plans are afterwards,” Lenhart emphasized.