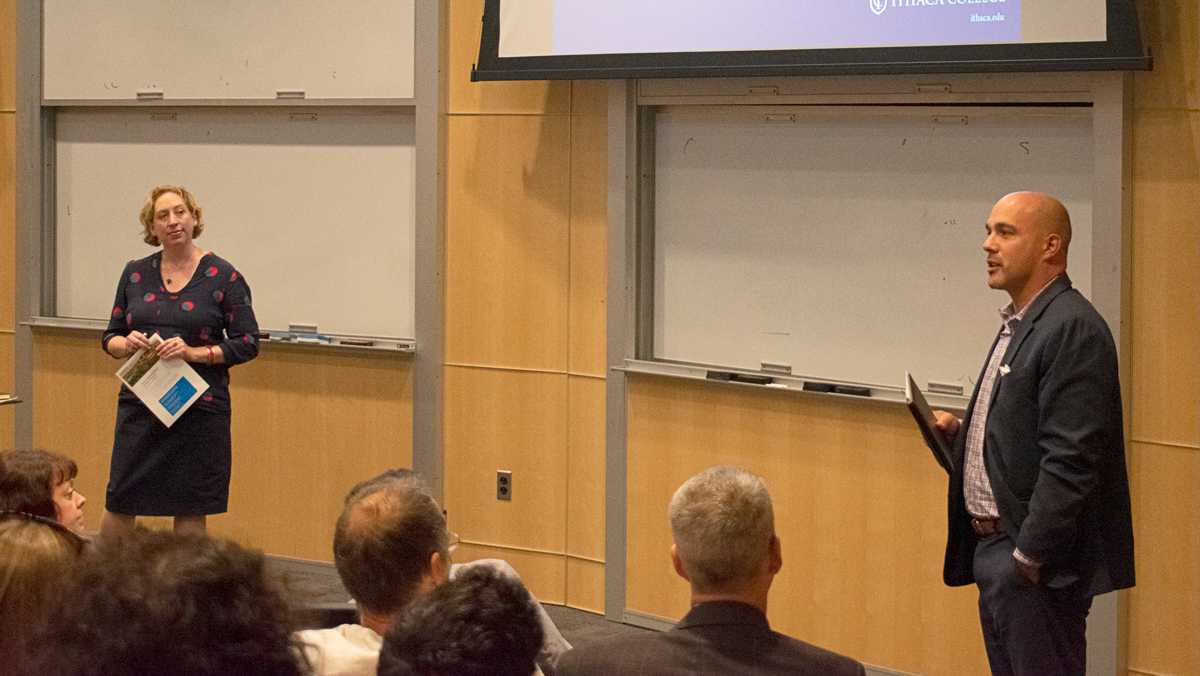 Members of the campus community asked for information regarding the specifics of Ithaca College’s strategic plan at a meeting about the plan Sept. 3, and they were told more concrete information will not be released until October.

The meeting, held by the strategic plan implementation design team — including La Jerne Cornish, provost and senior vice president for academic affairs; Jason Freitag, associate professor in the Department of History; and Hayley Harris, vice president for human and organizational development and planning — was the first strategic plan meeting held for the campus community this semester. Approximately 90 people, mostly faculty and staff, attended the meeting.

The strategic plan, now called Ithaca Forever, was released June 2019 and lists nine goals the college hopes to implement over the next five years.

Cornish said the implementation design team will present the timeline and budget at the Oct. 23 Ithaca College Board of Trustees meeting. After the board meeting, the implementation process of the strategic plan will be announced to the campus community at an October information session. Cornish also said the college is starting to find people to volunteer for working groups that will be responsible for implementing different aspects of the strategic plan. Cornish said that by the time of the board of trustees meeting in October, the working groups will be fully staffed.

During the Q&A portion of the meeting, faculty and staff raised concerns about the role students have in the plan, how ideas from the campus community will be considered during the implementation process and what role the budget will play.

Jenny Pickett, assistant director for the Office of Residential Life, said she wanted to know more about the specifics of the strategic plan.

Strategic plans outlines goals for IC over next five years