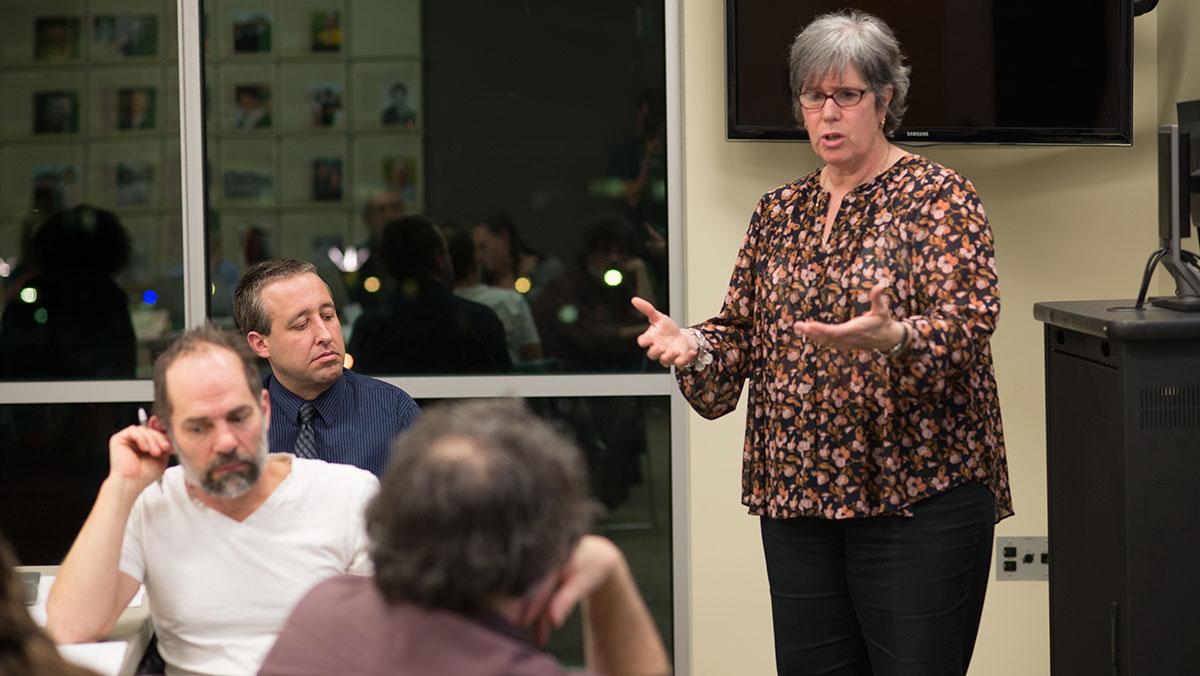 The Faculty Council has decided to create a task force to gather more information after a group of part-time faculty spoke to the council about issues with negotiating their union contract with the Ithaca College administration. The council also voiced discontent with the proposed changes to the meal and entertainment policy.

Part-time faculty members initially filed a petition with the National Labor Relations Board April 15 declaring their intention to pursue unionization. The college responded by setting up a“union choice” website, which contained links to information about union elections, the Service Employees International Union and part-time faculty compensation, which was criticized as being “anti-union” by faculty. Part-time faculty at the college officially elected to unionize May 28, 2015.

At the March 1 Faculty Council meeting, part-time faculty members asked for the council’s support as they move forward with their negotiations with the college, which have been going on since September.

Rachel Kaufman, a lecturer in the Department of Writing, said the administration is “digging in their heels” on a few issues the part-time faculty members are bringing to the table but did not disclose what those issues were.

In an earlier interview with The Ithacan, Kaufman said the proposal put forward to the college asks that part-time professors have benefits; more job security; fair and transparent pathways to full-time employment; appropriate office space; fair, effective and transparent evaluation processes; a greater voice and inclusion at the college; and an expansion of professional development.

After hearing the group’s concerns, the council decided to create a task force to gather more information about part-time faculty to fully understand the issue, as well as the administration’s point of view, before proceeding.

Also discussed were proposed changes to the Meal and Entertainment Policy, limiting how much faculty can spend on food for campus meetings and events. A campuswide survey about the proposed changes will close March 18.

The Meals and Entertainment Proposal includes that business meals for students or faculty members will not be paid for by the college unless the meetings are more than three hours long. Alcohol cannot be served at business meals and college retirement receptions. Also, all meals and entertainment paid for with college funds must be provided through the college’s catering service or dining services, operated by Sodexo.

David Prunty, executive director for auxiliary services, gave a presentation to the council explaining that the changes would be employed to cut costs, but he couldn’t give an exact estimate of how much money would be saved. He said the college currently spends about $200,000 on food bought outside of the campus. The changes are intended to keep money circulating within the college while also using the catering service that employs college students.

Gerald Hector, vice president for finance and administration, said every department has been doing things differently with the meals and entertainment budget and that these policies are being put in place to enforce equity across campus.

Faculty Council Chairman Peter Rothbart said food and beverages are a cultural commodity that is important to some types of meetings, like retirement parties.

David Turkon, associate professor and chair of the anthropology department, agreed and said that at certain cultural events the college hosts, faculty require getting certain food from off campus and not from Sodexo for cultural authenticity, which contradicts the proposed rule that catered food must come from Sodexo.

Bradley Rappa, assistant professor in the Department of Media Arts, Sciences and Studies, said he thought faculty should be fed at meetings like Faculty Council. According to the stipulations of the proposal, the Faculty Council is one organization that would not be able to have food provided by the college at its meetings if the changes are approved because the council’s meetings are usually less than three hours long.

“I can appreciate saving food and money for students, but faculty and staff deserve to be treated to food every once in a while,” Rappa said.